Longtime power couple David and Victoria Beckham, and their family, are set to star in a new $20.6 million Netflix documentary, reported Variety.

The not-yet-named doc will be coproduced by David Beckham’s Studio 99 and will recap his rise to soccer fame, as well as look back at his decades-long relationship with his fashion designer wife and former Spice Girl. Personal photographs; video footage of family celebrations; and recollection from friends, family, and teammates are all reported to be part of the upcoming project, giving superfans of the couple rare access to the influential pair’s private life. The film will also include footage of past birthdays, holidays, and even some of Victoria and David’s early dates before they married in 1999. 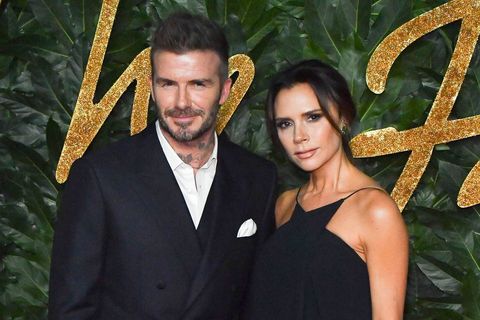 Though the couple already post their fair share of family snapshots on their respective social media pages, the new documentary will offer a closer peek into the lives and personalities of their four children together: sons Brooklyn, 21, Romeo, 18, and Cruz, 15; and their daughter, Harper, 9. A glimpse into a bit of lavish wedding planning could be in the works as well, considering the couple’s eldest son, Brooklyn, became recently engaged to actress Nicola Peltz.

Though the upcoming film will be the first all-access look into the living legacy of the superstar couple and their family, this isn’t Victoria’s first time getting the documentary treatment. Per Variety, the designer has already starred in multiple personal docs including Victoria’s Secrets (2000), Being Victoria Beckham (2002), The Real Beckhams (2003), Victoria Beckham – A Mile in Their Shoes (2004), and Victoria Beckham: Coming to America (2007).

END_OF_DOCUMENT_TOKEN_TO_BE_REPLACED

END_OF_DOCUMENT_TOKEN_TO_BE_REPLACED
We and our partners use cookies on this site to improve our service, perform analytics, personalize advertising, measure advertising performance, and remember website preferences.Ok