Victoria Beckham has denied ever having had a nose job after years of speculation in a new video.

The 48 year old revealed her “nose trick” that’s led people to think she’s been under the knife, as she spoke with make-up artist and friend of 25 years Charlotte Tilbury in a video titled Beauty Gifting Secrets on YouTube.

As Victoria and Charlotte spoke about their make-up methods, the conversation turned to the topic of plastic surgery.

Charlotte, 49, said: “My favourite thing is gifting because when you create these amazing things, you just want to give them to all women. “I'll give you my amazing Beautiful Skin Radiant Concealer and you'll just have an eye lift and a face lift.”

This prompted Victoria to ask if the beauty guru had ever gone under the knife. Charlotte replied: “No, I've just done my contour trick”, which she said she’s used for years for red carpet events and photoshoots, and passed onto other women.

Victoria took this chance to address the long-running rumours of herself having plastic surgery. Do you love celebrities, fashion, home interiors and beauty? Then do not waste another minute of your time and sign up to our daily newsletter, where you will receive all that – and more – straight to your inbox at 5pm every day.

From exclusive at home tours, cleaning hacks, the latest in beauty trends – and of course, all the latest celebrity gossip, look no further.

Pop your email address in the box at the top of this article, and et voila! Enjoy

“It is the nose trick and that is where I love my Bronzing Brick. Each compact has two different tones so you can use it to contour as well as to bronze.”

Victoria previously went under the knife to get breast implants, which she later removed in 2014.

The fashion designer spoke of her regret at having her implants and not addressing them at the time in an open letter published for British Vogue in 2017.

She wrote: "I should probably say, don't mess with your boobs. All those years I denied it — stupid. A sign of insecurity. Just celebrate what you've got.”

Elsewhere in the video, Victoria presented Charlotte with a bottle of husband David Beckham’s “sticky stuff”. 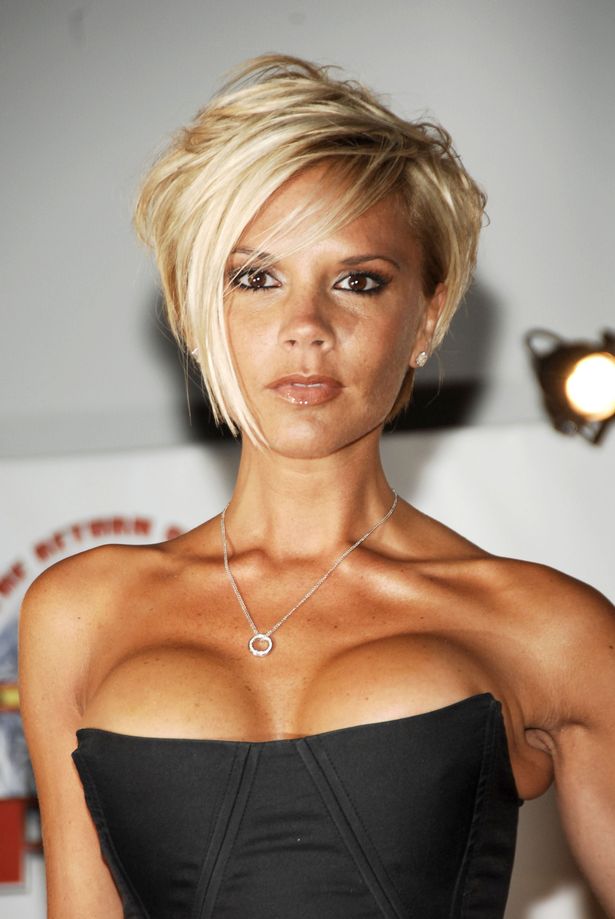 She handed over her Christmas gift of a jar of honey, collected by David, 47, who she revealed has a passion for beekeeping.

“What else do you give to the woman who has everything? There's only one thing to give to you," Victoria said, as she whipped out her sweet present.

“You are getting a sample of David Beckham's sticky stuff.” Charlotte joked: “Finally!”

Victoria added proudly: “This has come from the little bees in our back garden. We produced 200 of these. It's David's passion, he loves beekeeping. So, I'm proud of his sticky stuff.”