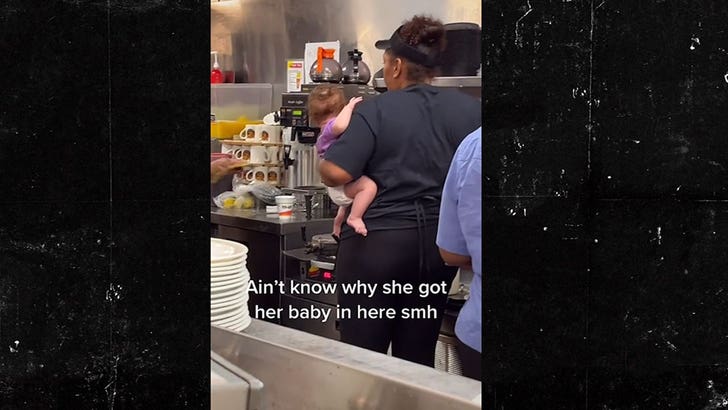 The Waffle House employee holding a baby while she worked didn’t just take heat online, but an online scammer also made up a backstory about the incident for financial gain … TMZ has learned.

As you may know … a TikTok of the Waffle House worker went viral last weekend, because she was holding a baby while it appeared she was helping the cooks prepare meals.

In researching the incident, a person contacted us claiming to be the employee and gave us a tragic backstory explaining why she was holding the child in the video — claiming the baby was the child of her dead brother.

This person posing as the employee also told us she was suspended for a week by Waffle House … all of which we now know is NOT TRUE.

Waffle House’s VP of Public Relations, Njeri Boss, tells TMZ … they investigated the TikTok video and “have determined that the media portrayals and social media posts are not accurate.” 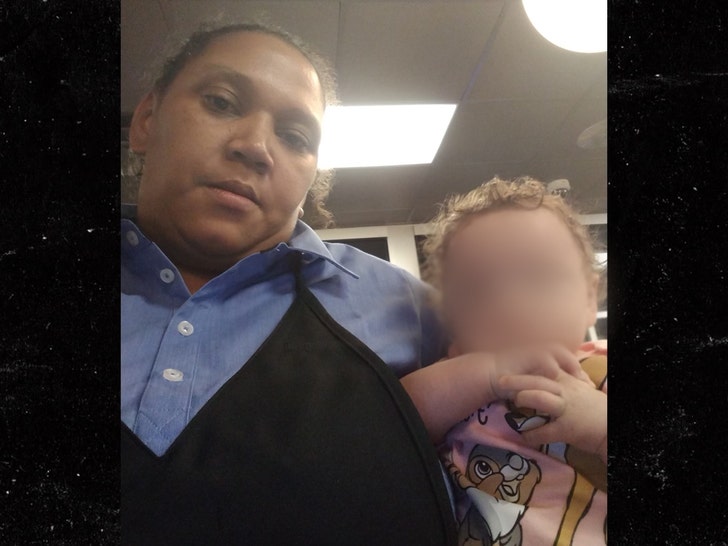 Boss adds … “While an employee of ours was recorded holding a baby at work, she is not related to that baby in any manner, never identified herself as the person in the TikTok video, never provided a CashApp account to receive any donations, never gave an interview to any media outlet, and never was suspended from her job.”

Fortunately, TMZ did not include any of the scammer’s CashApp info in our story, but some people out there did … and likely donated to a phony cause.

Waffle House further explains that the employee in the TikTok vid held a baby belonging to her co-worker in an attempt to quickly settle the crying child … and she’s been coached and re-trained on proper safety guidelines going forward.

The restaurant chain adds … “We caution against further dissemination of that false story and the damages that might result, not to mention the help that might give to support an apparent fraud on the public.”

As for the phony TikTok profile … beware. It’s still active and has more than 14,000 followers. We’ve reached out to TikTok, but haven’t heard back yet.