What Has Sandra Lee Been Up To Since Breaking Up With Andrew Cuomo?

Lifestyle guru and Food Network star Sandra Lee dated New York Governor Andrew Cuomo for 14 years. Lee and Cuomo seemed to have a fairytale romance, even though they never married. However, Lee and Cuomo broke up in September 2019 amid rumors that the governor was cheating on her. The New York Post reported that five former Cuomo staffers revealed they thought the governor had “intimate relationships” with a number of his staffers while Cuomo was living with Lee. An ex-aide told the outlet, “It was an open secret. Andrew was sleeping with at least one other woman who wasn’t Sandra” while they were still technically together. Another former Cuomo staff member claimed that state troopers picked up the governor early at the home he shared with Lee in Mount Kisco. The troopers were surprised “to see him leave the house with a staffer.”

Lee was reportedly devastated after the breakup. The chef moved to Malibu, California, to start fresh. A source purportedly close to Lee told the Post, “Andrew is toxic. There’s obviously a reason why Sandra moved to California — she literally could not have moved farther away from Andrew.” Following the results of an investigation of sexual harassment allegations against Cuomo, wherein New York Attorney General Letitia James found that Cuomo had allegedly harassed 11 women in the workplace, Cuomo’s alleged infidelity during his relationship with Lee has been thrust back into the spotlight.

Keep reading to find out what Lee has been up to since her breakup with Cuomo. 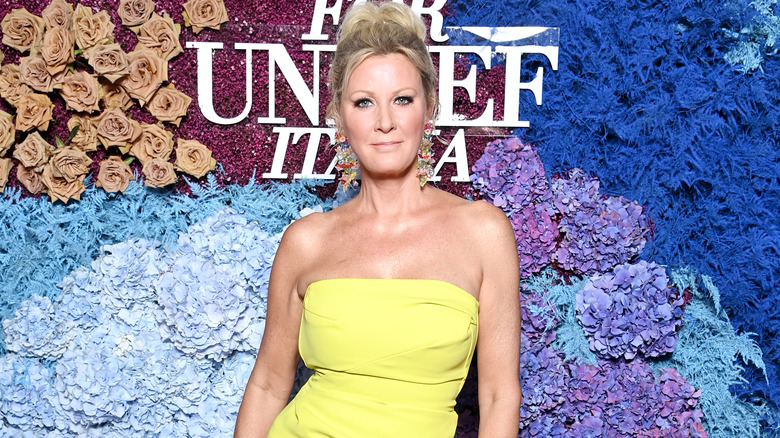 Sandra Lee originally had a tough time after her breakup with Andrew Cuomo — and even a little bit during their relationship. According to the Daily Mail, Cuomo used his Catholic faith as a reason not to marry Lee during their 14-year relationship, claiming that as a divorced man, it wouldn’t be proper. The UK outlet reported that Lee was keen to get married and officially become New York’s First Lady and that she even had a picture of the engagement ring she wanted Cuomo to buy her.

Since the painful split, though, Lee appears to be living her best life. Lee looked stunning at a Summer 2021 UNICEF gala in Capri, Italy. At the star-studded celebrity event, Lee stepped out in a Matičevski gown and Miu Miu stilettos. As the celebrity chef told People, “I’m having the best summer of my life.”  Lee, who turned 55 in July, is still showing the world that her 50s are fabulous. She took to Instagram on July 2 to share the deets about her weight loss goals. “Thinking this will be my birthday dress for tomorrow. Only five more pounds to go,” she captioned a selfie. “Wanted to meet my goal weight before I turned 55 which is tomorrow but I’m pretty happy with where I am-I feel great!!!”

Finally, People reported that Lee was spotted in St. Tropez with what is assumed to be a new paramour. Karma is real, y’all.

After Andrew Cuomo’s sexual harassment report bombshell, Sandra Lee has been mum — with one exception. Sources told the New York Post that Lee is concerned about Cuomo’s three daughters, Michaela, Cara, and Mariah, in the wake of the New York Governor’s harassment scandal. “She is a woman’s woman and a mother first and foremost and her love is with Andrew’s daughters,” a friend claimed. “[T]hat’s the thing that she truly is concerned about.” In April 2021, the New York Post reported that Cuomo gave Lee credit for helping him raise his daughters. Cuomo had previously praised Lee as a “godsend” after his 2005 divorce from Kerry Kennedy.

From public statements and social media posts, Lee treats the Cuomo girls as her own daughters. Back in 2017, Lee penned a sweet tribute to twins Cara and Mariah Cuomo on Facebook. People reported about a sweet tribute Lee wrote in 2017 to twins Cara and Mariah. Lee posted: “This weekend is graduation for two of my three daughters, Cara from Harvard and Mariah from Brown … my greatest gift of all have been my three daughters,” she wrote. “I became their weekend mom, their Semi-Homemade mom, when the twins were 10 and the youngest just turning 8—Our graduating twins are now 22.” She continued, “Although I have never birthed children myself, I simply can’t [imagine] loving any child more than I do these three.” Hopefully, their relationship can stay strong as they weather Andrew’s scandal.