What Was Princess Dianas Favorite Way To Spend A Night At Home?

Princess Diana was arguably one of the most influential people of the 20th century. Ever since she married Prince Charles and became the “People’s Princess,” the world has been captivated by every single detail about her life. This includes her childhood, her life (and post-life) as a royal, and of course, her tumultuous relationship with the future king of England. Simply put, Lady Di’s life was simply fascinating and, even after her death, people are still yearning to learn more.

Interest reached a new high following the fourth season of “The Crown,” which depicts everything from Princess Diana and Prince Charles’ marriage to his mounting resentment towards her growing popularity and insecurities about being outshined by his wife. Now, as the world celebrates what would have been the late princess’ 60th birthday on July 1, a never-before-seen diary entry has shed some new light on her private life as a royal.

Scroll on to find how Princess Diana spent her nights at home and how it differed from her glamorous life in the spotlight.

Princess Diana's home life was just like most Britons 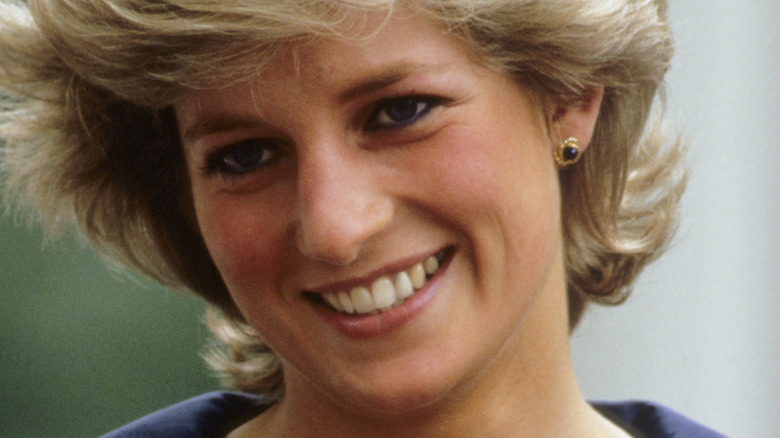 Though the world saw Princess Diana as a glamorous public figure and style icon who attended lavish royal events all the time, it turns out her private life was as ordinary as it gets. According to the Daily Mail, Edith Conn, the former president of the Manchester branch of the British Red Cross, said she met the late princess in 1991 at an event where the Princess of Wales opened up about what she liked to do when she was in the comfort of her own home.

Conn first explained how much Princess Diana loved the Red Cross and the “wonderful” work they were doing. Then, Conn described Diana’s demeanor during their encounter. “She was so approachable because she was so relaxed. When someone is relaxed, you relax with them, and it just made the whole experience better,” she shared, before revealing that she asked Lady Di what her plans were for later. “I said “Ma’am, what do you do now? Do you have anywhere to be?'”

“And to my surprise she said ‘I’m going home tonight. I’m having beans on toast and watching ‘EastEnders!” I thought that was so funny,” Conn said. In case you didn’t know, beans on toast is a classic British meal and “EastEnders” was a popular drama in the mid ’80s — further proving that Princess Diana was truly the “People’s Princess.”