What was worse: Penelope Cruzs bangs trauma or her taffeta Chanel dress? 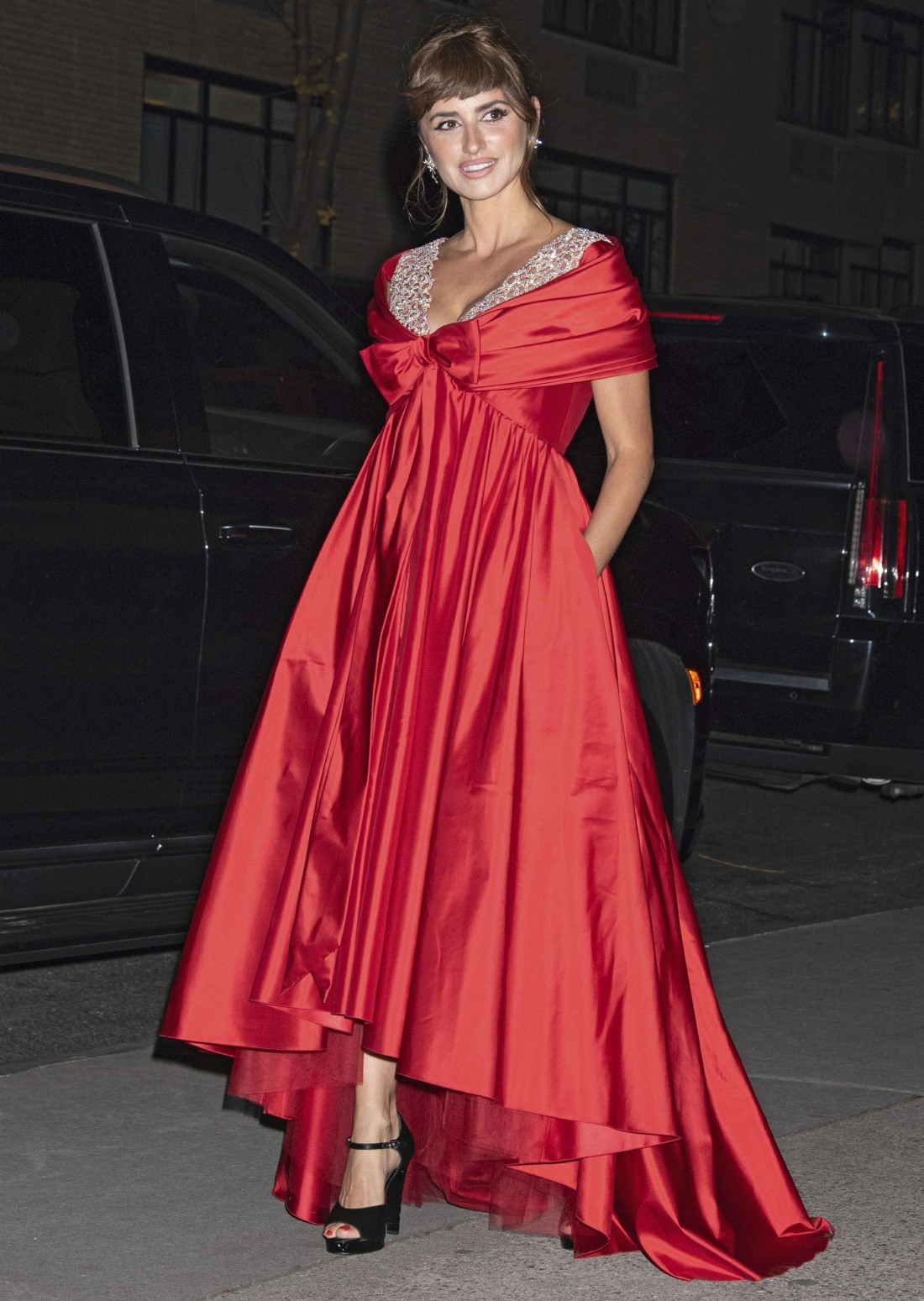 Last night was the 2021 Museum of Modern Art’s film benefit, and Penelope Cruz was the honoree this year. While Penelope wasn’t shortlisted for Best Actress at the Golden Globes or Critics Choice nomination announcements this week, she could actually end up a contender at the Oscars. The Academy loves Penelope’s collaborations with Pedro Almodóvar. Penelope is his muse and has been for decades. They have a film coming out next week called Parallel Mothers, and it’s already receiving widespread critical praise and love. I would assume this film benefit was at least partially about her long-standing work with Pedro Almodovar.

For the benefit, Penelope wore this Chanel gown which… is sort of a mullet dress. It’s also taffeta, and there’s a big dumb bow on the bust of the dress. It’s just awful!!! I can’t believe that this is CHANEL. And I can barely even describe my loathing of Penelope’s bangs. They completely change her lovely face! They’re too short! They’re just ugly! 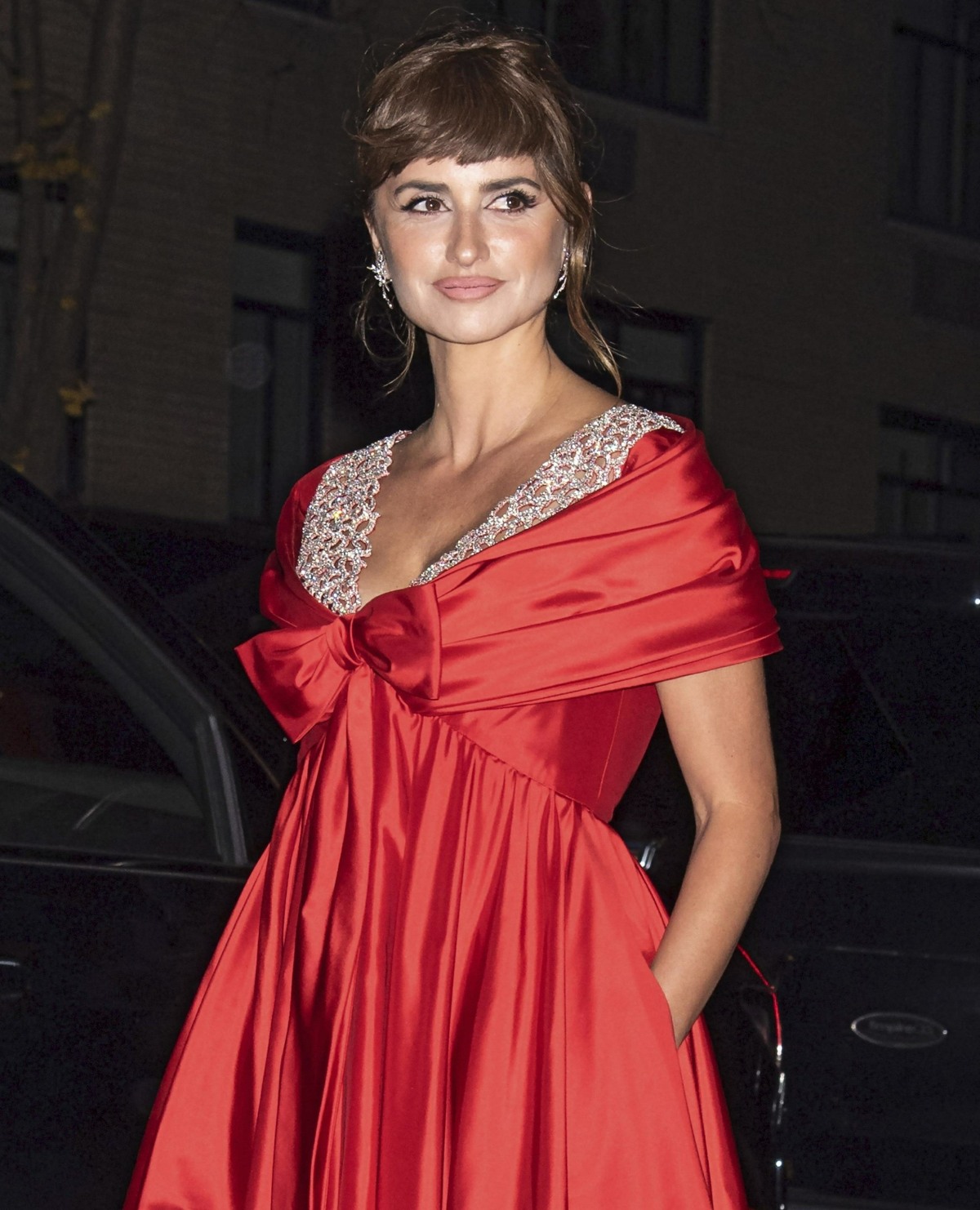 Diane Kruger attended the event – she wore a two-piece Emilia Wickstead. I actually love the fabric and the floral pattern. I just think the actual design of the dress kind of sucks. It’s winter in New York, I don’t need to see your rib cage. 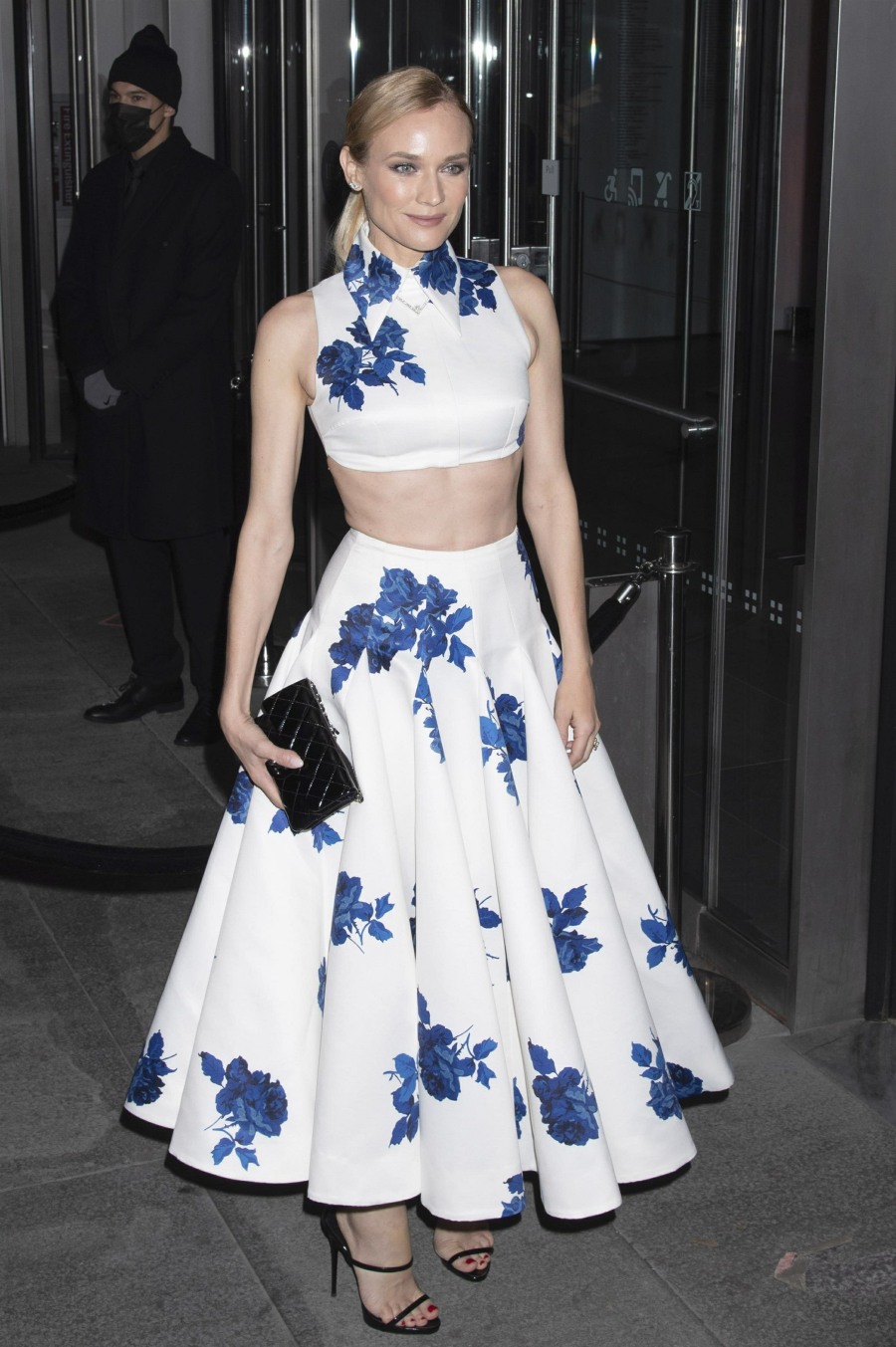 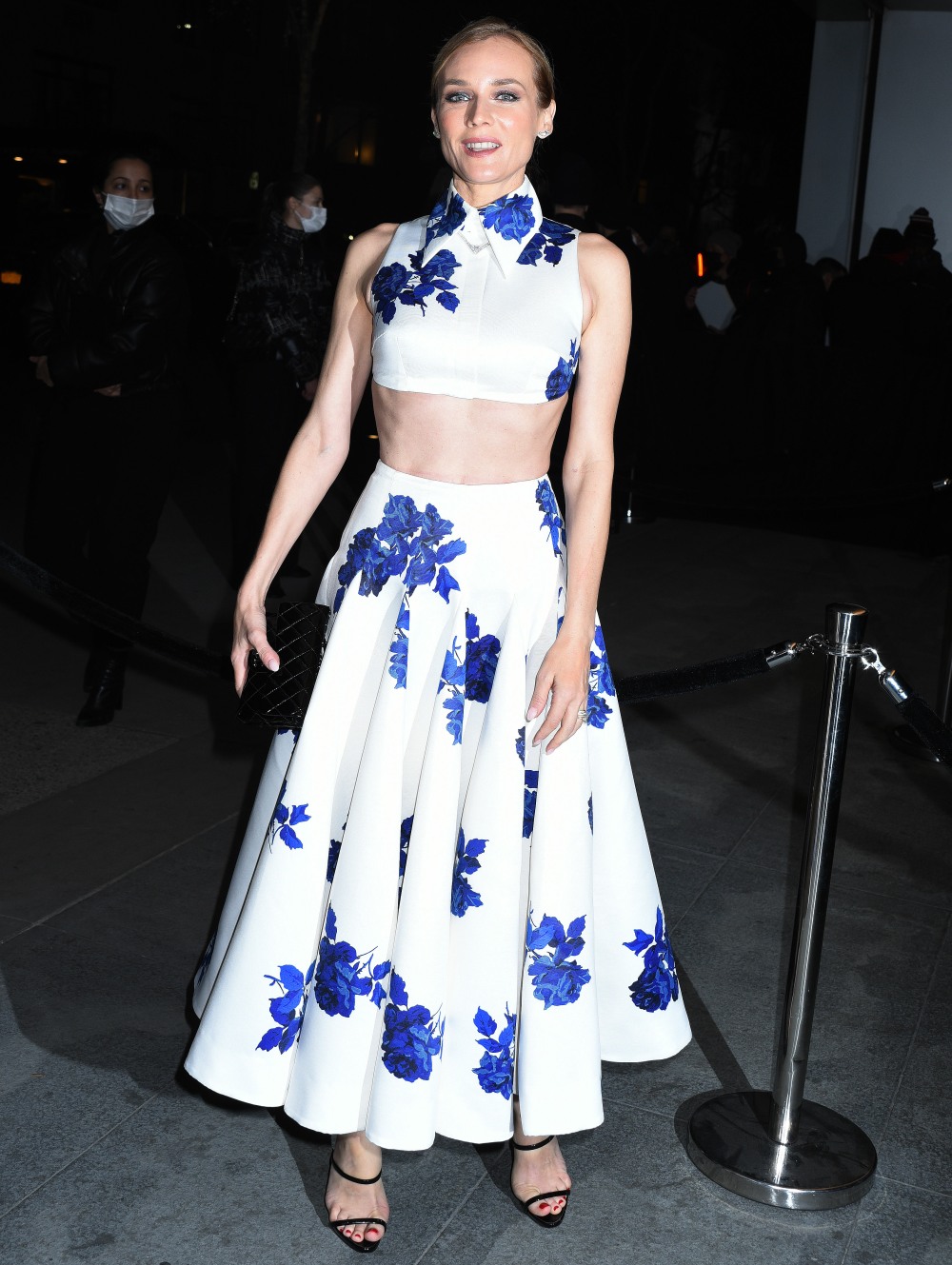 Riley Keough was there, in what looks like a Chanel suit. She was arguably the best-dressed woman at the event from the photos I saw. I don’t even mind her messy bangs. 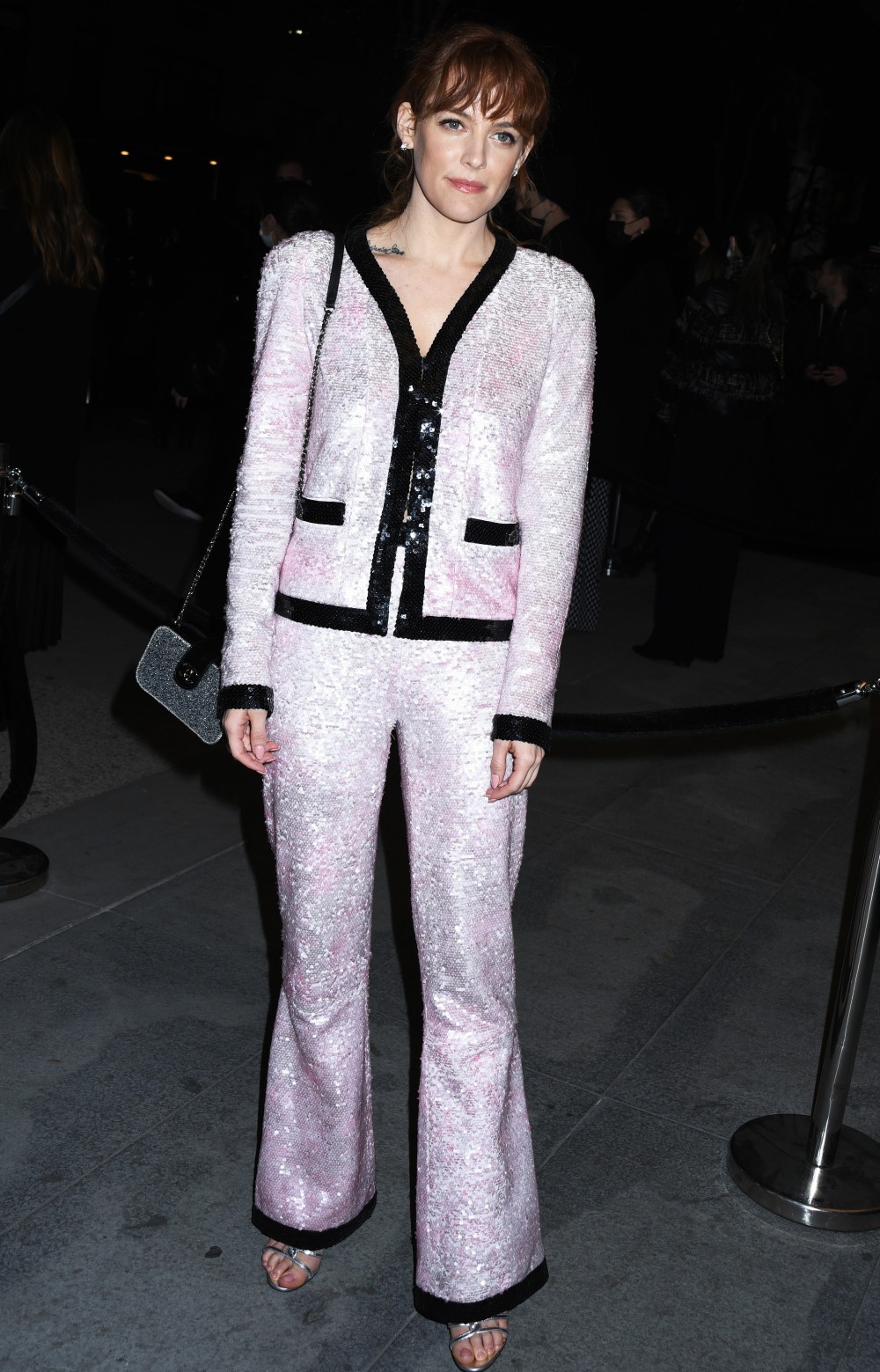 I think Anne Hathaway wore Chanel too, but I can’t find an ID on her dress here. The dress itself is boring/fine, but paired with white boots… no. No no no. 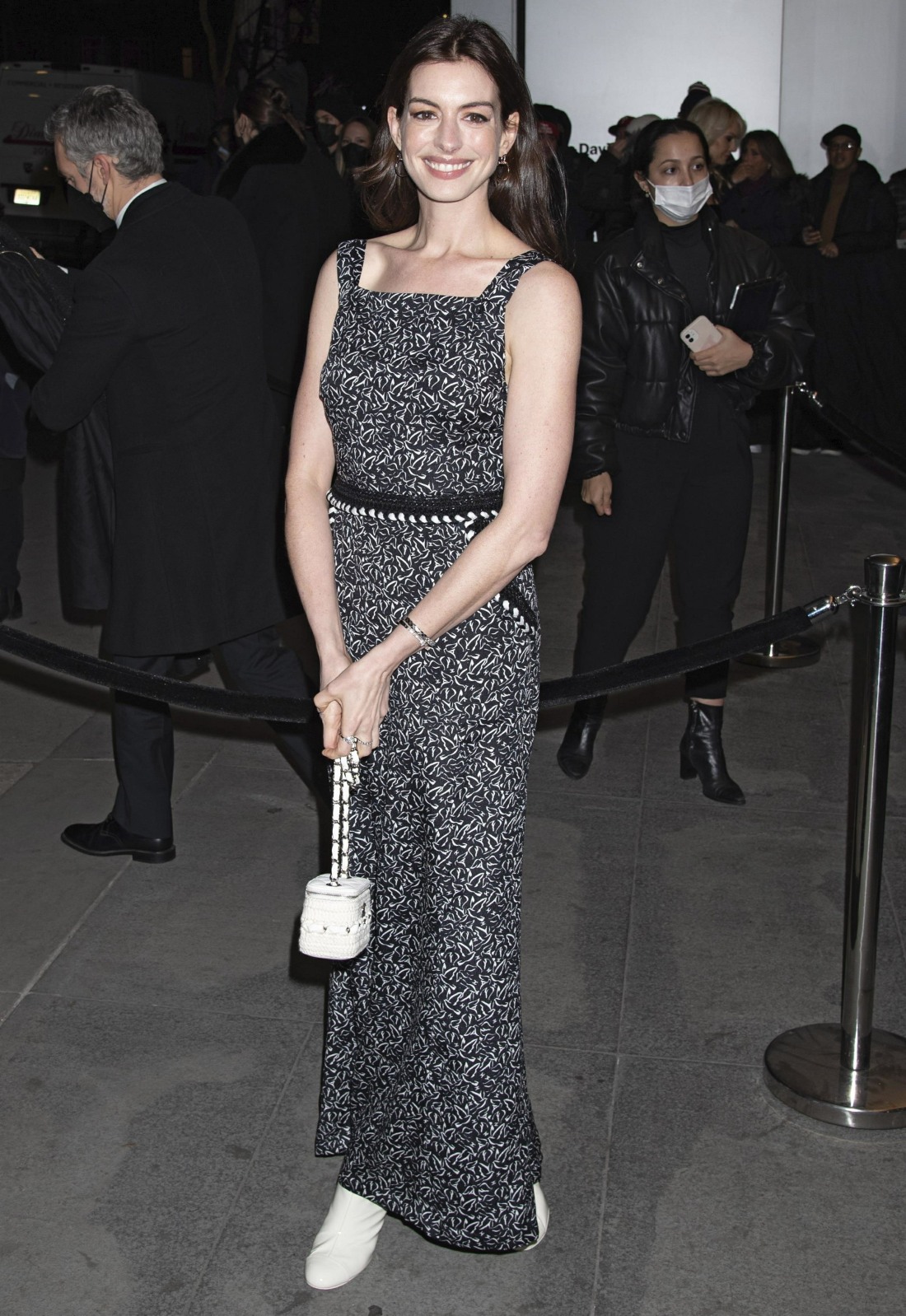