We know a lot about Cara Delevingne, the millennial model and actress being one of the most recognizable British celebrities of the last decade, but what about her sister? Poppy might not be quite as famous as her younger sis, but is a model too and has friends in some very high places indeed — her grandma even knew Prince Philip!

While she was born in London just like Cara, she lived in New York for a while, sharing an apartment in the city with none other than Sienna Miller (via Vogue), and you might have seen her for the first time way back in 2004. While her sister wouldn’t have even hit her teens at that point, Poppy made an appearance in the music video for Maroon 5’s “Sunday Morning,” playing a karaoke singer in Japan (via Life & Style).

Four years later, she was spotted by Sarah Doukas, the founder of Storm Management, and her modeling career was able to really get off the ground (via Vogue). Since then, she’s modeled for a range of brands, and fronted the Louis Vuitton summer 2012 collection (via Vogue). But what else do we know about her? 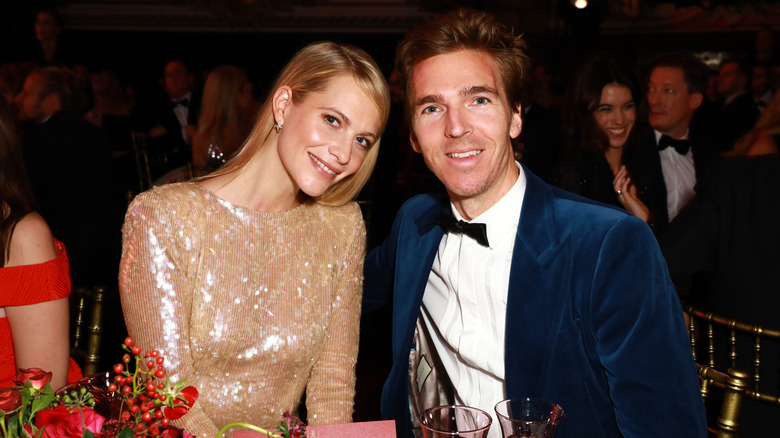 In 2012 Poppy Delevingne became engaged to James Cook, himself a former model though he now works for his family’s aerospace company (via Vogue). They got married in 2014 with Cara Delevingne serving as maid of honor during a ceremony that welcomed a number of celebrity guests (via E! Online). The likes of Spice Girl Geri Halliwell and composer Andrew Lloyd Webber were present, while Poppy had 17 bridesmaids in total.

Aside from her modeling work, the elder Delevingne sister is a Young Ambassador for the British Fashion Council (via Vogue), a brand ambassador for Chanel, and also represents Jo Malone London as a spokeswoman (via Heels For Wheels). Not only that but she’s dabbled in acting too. Per IMDb, her credits include the 2017 movie “Kingsman: The Golden Circle” as well as the period drama “The Aspern Papers,” released the following year.