Where I Find Romance in Marriage

I feared that my childhood had ruined me for romance.

My mother raised me alone, just the two of us, in five states and nine different houses. Sometimes we were broke, but we always had fun. She made every day beautiful. We ate pancakes for dinner, grew watermelon in the garden, picked raspberries.

I had always imagined myself married, but how could marriage ever compare to the enchantment of my childhood?

We had dogs, cats, ferrets. Wild animals showed up like messengers from fairy tales: a black snake by the river, dragonflies skimming the pond. When we lived in Florida, a baby manatee once brushed our bodies in the bay. When we lived in Maryland, my mother took care of injured birds of prey, one-eyed owls and hawks with broken wings.

We were always telling stories. Remember when? And then you said! And then I said! We laughed all the time.

When I was 27 and living in Vermont, I fell in love with Jeff, a fly fisherman and hunter who also crooned show tunes, read The New Yorker and wore an apron to bake scones.

But I was scared of being married. In fact, I backed out of our big Cape Cod wedding a month before the date. We eventually got married in the living room of our apartment at midnight during a New Year’s Eve party. “By the way,” we announced at 11:45, “we’re getting married in 15 minutes.”

My mother wasn’t at the wedding, only a handful of friends and a few strangers. I called her the next morning to tell her.

Nope. Just too cowardly to declare our commitment in front of friends and family. But she didn’t care how I got married; she was happy I had gone through with it at all.

My mother lost her memory three years later on Dec. 23, when Jeff and I were home on Cape Cod for a Christmas visit. Bing Crosby, Ella Fitzgerald and Nat King Cole were singing carols; the house smelled of sugar. When Jeff and I walked on the icy beach, there were Christmas lights reflecting in the water.

We know our parents will grow old, but this wasn’t a slow fumbling toward frailty. It was like something had snapped. We led her out to the car and drove her to the hospital.

When I was finally allowed into the intensive care unit, my stepfather, Tom, was standing by her bed, looking scared.

“Oh, hi,” my mother said when she saw me. She looked around the room. “Where am I? What happened?”

My stepfather and I exchanged looks.

“You’re in the hospital,” he said. “You got a terrible headache.”

“My head does hurt.” She touched her temple.

“Then you lost your memory.”

“You’re not having a stroke,” Tom said. “They ruled that out.”

“At least my memory’s back,” she said. She glanced down at her hands on the white sheets. “So, what happened?” she said, looking up. “Where am I?”

“Your turn,” my stepfather said to me.

“This is the hospital, Mom. I guess you lost your memory.”

“Really? I was walking around and — poof! — my memory was gone?”

“My head does hurt.” She touched her temple. “I’m just glad my memory’s back.” She looked around the room, at the metal bed, the beeping machines. “So what happened?” she said. “Where am I?”

I felt a terrible wave crashing on us. For several hours we took turns answering her loop of questions. When we told my mother that we were home for Christmas, she said, “But I didn’t buy any presents! I never made cookies.”

We had that conversation maybe 30 times.

She remembered everything about the distant past. My childhood, her childhood. Those old memories weren’t in danger. But she had no short-term memory. I felt the ache of this new reality. I was planning to have babies soon, and she wouldn’t remember meeting them, no matter how many visits we made. I wanted to sell a book, but even if I achieved that dream, she would never know me as a writer. I would be 33 forever, and she 62. We were frozen in time.

My beautiful mother, the keeper of my childhood memories, would not — it seemed clear — be able to keep any memories of my adulthood.

“It started with a headache,” Jeff said, taking over when my stepfather and I were too tired. “And then you lost your memory.”

“That’s not how I remember it,” she said. “I remember a hospital, but it was a different hospital. And I remember people, but they were different people. The whole place was full of light. And we were all working so hard! It was a herculean effort.”

I stood near my new husband. I held his hand.

I finally cornered the doctor, who told me they believed she was experiencing transient global amnesia, a sudden memory loss that occurs in 5 in 100,000 people. It lasted about 12 hours and rarely recurred. There were no side effects.

“You couldn’t have told me this three hours ago?” The adrenaline of relief gripped my muscles.

My mother moved into a private room. My stepfather stayed the night. Jeff and I went back to the house, where we got undressed and slid under the blankets.

From the bed we could see the frozen pond through the window. There were geese on the ice. I felt how securely the image of the pond was lodged already in my memory. It was as lovely and lonely a thing as I had ever seen.

“You know what?” I reached under the pillow and took Jeff’s hand. We looked at each other, wide-awake, although it was 2 a.m. “I feel like this could explain alien abductions.”

Jeff shook his head. “I might need a little more,” he said.

“Think about it. The missing time. The weird warped memory of being in another hospital with other people.”

“I think you need sleep,” he said.

In the morning, my mother’s memory returned. She didn’t recall the night in the hospital, but she remembered where she had hidden the Christmas gifts. We found the cookies she had baked. On Christmas morning we ate cinnamon rolls for breakfast, just as she and I had every Christmas for as long as I could remember.

I thought romance would be like a fairy tale. I thought it would be like my childhood. A beautiful adventure. Wild creatures stalking through lonely forests. Raspberries plucked from the vine. The actual motifs of my married life (which now includes a 100-year-old house and three children) are plastic dinosaurs, public pools, soccer games, flat tires, lost jobs, hospital beds.

Sometimes marriage is downright unpleasant. There have been times Jeff and I stopped talking to each other. There have been times we wondered if we wanted to be married at all. Some may call marriage a herculean task. I’m not that good at it. I can be distant. I can be exacting. I demand a kind of focused attention and then feel smothered by it. But maybe that’s not surprising. I grew up with a single mother, and our intimacy was effortless and magical.

So marriage isn’t the romantic thing I once imagined. But what other word is there for the ineffable force that keeps you coming back, coming home, night after night, returning to family and love? What else captures that sense of collaborating to create magic and adventure for your children, the way my mother did for me?

The night my mother lost her memory was a turning point for me. It was the night I realized Jeff and I would be the keeper of future memories.

And we are. When our babies are big, when they have moved out, when our parents are gone, we will tell the stories. The camping trip, the escaped chicken, the canceled flight, the flooded basement, the fights, disappointments and glee. We collect those things now so we can recollect them later. We’re pulling memories like shells out of the sea. We’re filling our pockets.

We’re collecting a life together. If that’s not romantic, I don’t know what is. 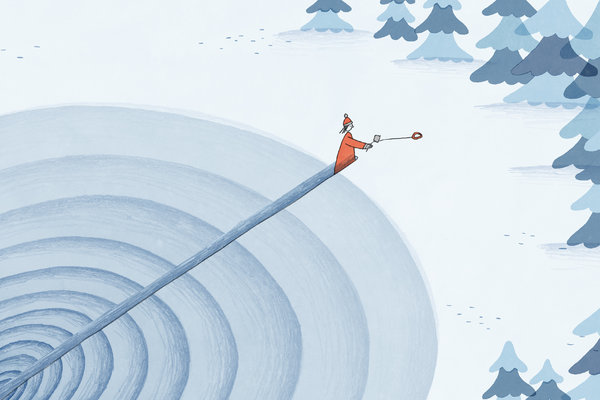 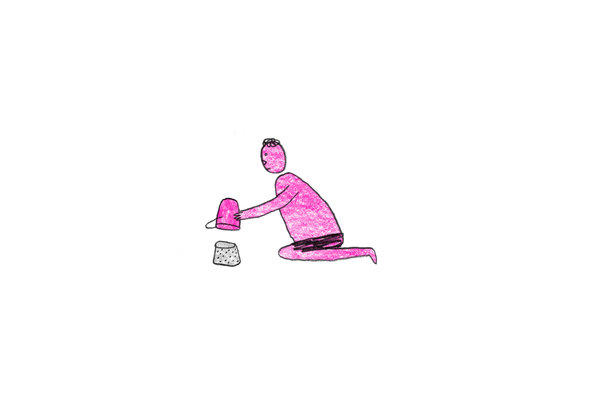 Modern Love can be reached at [email protected]