Who Is Christina Haack Dating Now?

Christina Haack is most well known for turning unlivable houses into stunning masterpieces on “Flip or Flop.” The show proved to be so successful that she even got her own spinoff, “Christina on the Coast.” While we love to get styling advice and home decor tips from reality star, her personal life has also become pretty intriguing. During the first few seasons of “Flip or Flop,” she was married to Tarek El Moussa, and the pair share two beautiful children — Taylor and Brayden.

The couple split in December 2016 in a very public divorce. Soon after, Christina found love again, this time with Ant Anstead. Christina and Ant walked down the aisle in December 2018, and they share one son, Hudson. In September 2020, they surprised fans by announcing they were calling it quits after less than two years of marriage. “Ant and I have made the difficult decision to separate,” Christina wrote in a since-deleted Instagram post (via E! News). “We are grateful for each other, and as always, our children will remain our priority. We appreciate your support and ask for privacy for us and our family as we navigate the future.”

“Anyone who really knows me knows that I don’t like to share private matters publicly. I have remained silent while holding on to hope,” Ant wrote on Instagram after the divorce was final. “I never gave up on us. I pray Christina’s decision brings her happiness.” Keep scrolling to find out if Christina’s found that happiness again.

Christina Haack has a new man 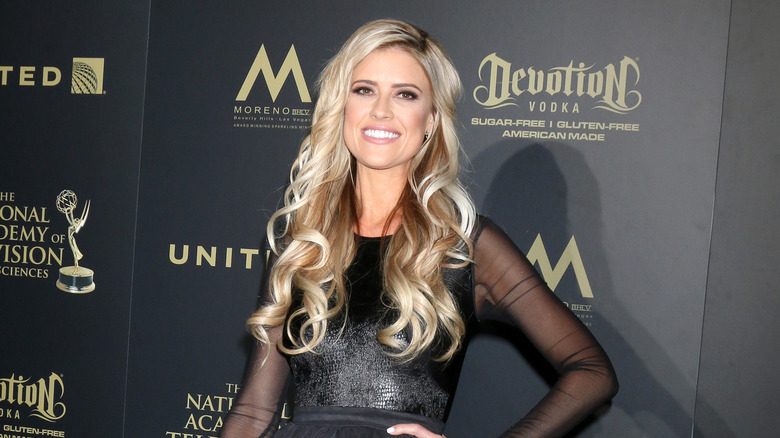 It appears Christina Haack has a new man in her life. Shortly after calling it quits with Ant Anstead, the HGTV star is putting her heart back on the line. A report from People suggests Christina is smitten. “They recently started dating each other, and it was an immediate, real connection,” the insider snitched. “They’ve enjoyed getting to know each other one-on-one without outside noise.” Believe it or not, the unnamed man also works in the housing business, but he’s in real estate instead of the flipping side. Sadly, there aren’t many other deets known about this mystery man, but we’ll be keeping an eye on Christina’s Instagram, wishing she may share a little more information with us.

In January, Christina shared a sweet Instagram post that she dedicated to her husband … but not one in real life, just her work husband. “Big love to my work hubby @jamescbender and @mtrconstruction for all their hard work on #christinaonthecoast and for building this amazing new bar in my house (season 3 airs summer 2021),” she wrote on the post. Why you teasing us like that, Christina?

As for Ant? He seems to have moved on, keeping his relationship in the public eye. In June, People revealed that he and actor Renée Zellweger are an item. The pair reportedly met on the set of “Celebrity IOU: Joyride” and hit it off there. Not many other deets of the romance are known, but it will be interesting to see how things pan out.