Why Stars Won’t Come to the Knicks

For years it has seemed, at least in the view of New Yorkers, that the opportunity to play in the greatest city in the world — and in Madison Square Garden, the world’s most famous arena — would be a powerful lure for the N.B.A.’s most talented players to sign with the Knicks.

But, then again, these are the Knicks, who have not won a championship since 1973 or a conference title in two decades and who are now better known as a hapless organization with a long streak of bad choices and bad luck.

So when a staggering jolt came Sunday as two of the league’s superstars, Kevin Durant and Kyrie Irving, not only ignored the Knicks but opted to join the Nets in Brooklyn, it made for a powerful reckoning: New York is no doubt a draw, but something is wildly wrong with the Knicks.

“That’s the punch to the gut,” said Jeff Van Gundy, a television commentator and a former coach of the Knicks and the Houston Rockets, who says he still roots for the Knicks. “If you would have told me that two free-agent stars were going to choose New York and both would choose the Nets over the Knicks, I never would have believed it.”

The blame for not bringing in the stars is landing largely on the team’s owner, James L. Dolan, a cantankerous sort reviled by fans weary of all the losing — he had one of them ejected from the Garden this spring for shouting, “Sell the team!”

The Knicks, and Dolan in particular, made things worse this year by setting expectations high for a turnaround.

“I can tell you from what we’ve heard, I think we are going to have a very successful off-season when it comes to free agents,” Dolan said in a radio interview in March.

There was a glimmer of hope from the draft in June: By dint of being the worst team in the league this past season, the Knicks ended up with the No. 3 pick in the lottery, and they chose R.J. Barrett, a Duke star who could bring panache, if not more wins, to the Garden.

Yet interviews with agents and other basketball executives, who spoke on the condition of anonymity to avoid jeopardizing any future business with the Knicks, bear out the perception that players would rather not deal with an organization seen as dysfunctional, though there are more nuanced explanations for the radioactivity of the team, as well.

The Knicks have had very high payrolls and bafflingly low productivity for nearly two decades, a sign of mismanagement in the view of outsiders. But there is also the remote location of the Knicks’ practice facility — in suburban Westchester County, nearly 30 miles from Manhattan, which complicates living arrangements — and most recently there has been the surprising success of the Nets.

Dolan may be seen as the primary villain, but others have certainly had a hand in shaping the floundering team, including Steve Mills, the president of the Knicks. He has worked for Dolan on and off since 2003 and has been a top basketball executive for the team since 2013. During that period one superstar free agent after another has signed elsewhere, and the Knicks, once a storied franchise, have fallen in stature in the view of emerging players and become just another team, like the Orlando Magic or the Atlanta Hawks. 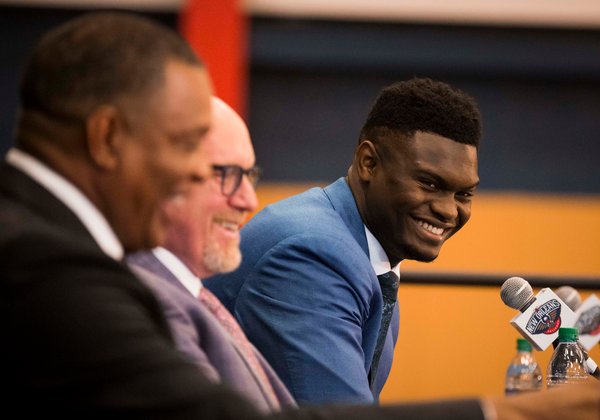 Players around the league, according to the agents, have taken note of the Knicks’ instability: There have been 10 coaches since Van Gundy left in 2001 and almost as many top executives, some with impressive résumés, like Isiah Thomas, Donnie Walsh and Phil Jackson. Now Mills and Scott Perry, the general manager, are at the helm.

Dolan, who is known to berate underlings in meetings, has inserted himself into basketball decisions and spent lavishly to try to create a competitive team. Most agree that in recent years he has left the reins to Mills, but still the most desired players won’t take his money.

Through a spokesman, the Knicks declined to comment for this article.

Players around the league also took notice when Dolan went after a former Knick. He had security personnel forcibly remove Charles Oakley, a Knicks power forward from the 1980s and ’90s who was a fan favorite, from the Garden two years ago. Oakley is liked and respected by current N.B.A. players; he posted a picture of himself with Durant on his Instagram account a few days before Durant announced that he would sign with the Nets.

Oakley, who has a lawsuit pending against Dolan over the incident, said players understand the Knicks landscape.

“You see the fire burning, you don’t drive into it,” Oakley said in a telephone interview this week. “It’s as simple as that. They know what’s going on. They have more awareness these days, and they can make up their minds on their own.”

Dolan, as the executive chairman and chief executive of the Madison Square Garden Company, controls the arena, several other venues and the Rangers of the National Hockey League, who are an unqualified success compared with the Knicks. (Dolan is not known to be heavily involved in running the hockey team.)

The company is highly profitable — the Knicks still play to packed crowds and sell some of the most expensive tickets in the league — and the Rangers just signed Artemi Panarin, the top free agent available.

Yet the allure of the Nets has taken center stage.

Irving, the talented but mercurial point guard who played the last two seasons with the Boston Celtics, grew up in New Jersey. He has said that he was a Nets fan as a young boy and that he wanted to return to his home region.

Durant was apparently unwilling to go to the Knicks as the lone superstar, and Jay Williams, a friend of his, said in an ESPN podcast that the Knicks’ trade of Kristaps Porzingis this winter had hurt their chances of signing Durant, because he had been intrigued by the idea of playing with the 7-foot-3 Porzingis.

Foremost, though, is that the Nets appear closer to a championship than the Knicks.

The Knicks seemed content to win a franchise-low 17 games in 2018-19 to enhance their chances of drafting Zion Williamson, the most sought-after player in a generation, while the Nets reached the playoffs for the first time in four years, defying expectations.

“I don’t think it’s so much what the Knicks did wrong,” said Warren LeGarie, the agent for Mike D’Antoni, a former Knicks coach who is now the head of the Las Vegas summer league for N.B.A. teams. “I think you have to look at all the things the Nets have done right.”

Van Gundy said players have noticed the work of Nets General Manager Sean Marks and Coach Kenny Atkinson, who built the roster from the ground up by developing young players and also left room under the team’s salary cap to sign two superstar free agents to maximum contracts.

Some players have shown interest in the Knicks, but the last superstar who seemed intent on playing for them was Carmelo Anthony, who arrived in a trade in 2011, partly through quiet assistance from Thomas. A friend of Dolan’s, Thomas is also said to have helped persuade the star forward Amar’e Stoudemire to sign with the Knicks in 2010, but since the Anthony trade, Thomas has not been active in such deals.

When he was drafted by the Knicks, Barrett expressed joy about his new team. And the superstar big man Anthony Davis would accept a trade from New Orleans to only the Knicks or the Los Angeles Lakers, according to news reports. The Lakers got him.

Some players who do not command big paychecks still regard the Knicks as a possible destination.

“I have not had a player say to me, ‘I don’t want to go to New York,’” said Keith Glass, an agent for players. “I’ve never had that. But I don’t represent stars. I represent the middle of the pack on down, so my guys are happy to get a paycheck, and they would love to play for the Knicks.”

In a furious Plan B spending spree after being spurned by Irving and Durant, the Knicks signed Julius Randle, Taj Gibson, Bobby Portis, Reggie Bullock, Wayne Ellington and Elfrid Payton. All but Randle received two-year deals, suggesting the Knicks will enter another race for a big star in 2021, when the Milwaukee Bucks’ Giannis Antetokounmpo, who just won the league’s Most Valuable Player Award, can be a free agent.

According to the documentary “Finding Giannis,” the Knicks were the only N.B.A. team that did not send a scout to check him out in his native Greece before he was drafted in 2013.