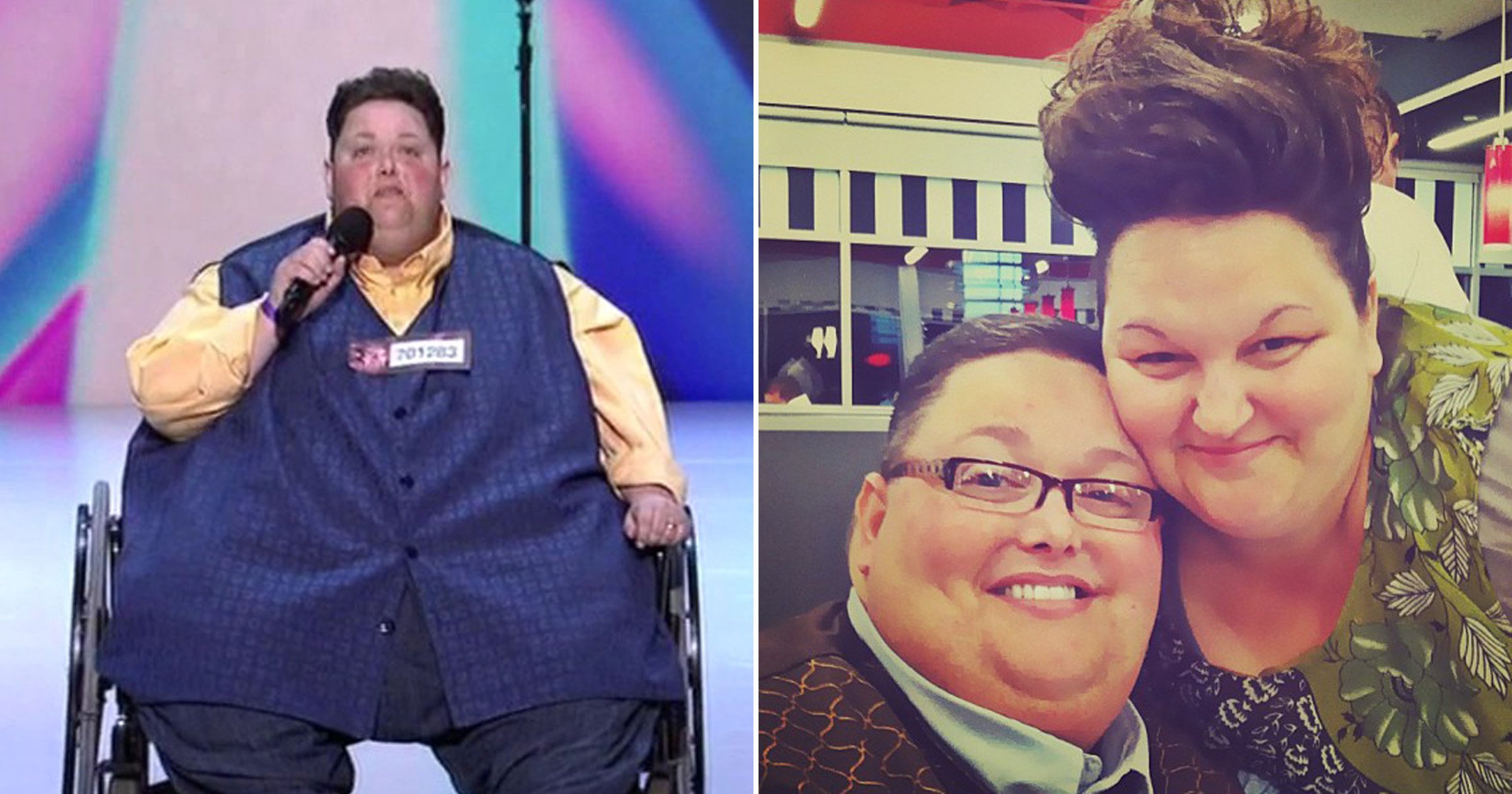 TMZ reports that the singer, who starred on the second season of the reality competition series, died in a Florida hospital as a result of kidney failure.

The minister, who had been a fan favorite during his time on the show, was surrounded by family and friends when he passed away on Friday.

His wife Kay told the publication that Combs’ health was not Covid-19 related and stated: ‘I have so much gratitude to be his wife for 25 years and to be his best friend.’

Freddie and Kay, who struggles with weight issues as well, previously featured on a 2010 TLC special, Ton of Love.

Kay revealed her late husband had been working on his weight loss journey for the past decade.

He had weighed over 900 pounds, but had managed to get down to 385 pounds before his death.

Back in 2012, Combs had impressed judges Simon Cowell and L.A. Reid with his powerful rendition of Wind Beneath My Wings.

Britney Spears had also appeared as a judge during his audition and described his voice as ‘shockingly amazing’.

Weighing 540 pounds at the time, the judges said they would back him if he promised to get healthy, lose weight and get out of his wheelchair.

He was eliminated early in the process but his story inspired many viewers as he had already managed to lose more than 400 pounds by the time he appeared on the show.