Zahara Jolie-Pitt, 16, Looks So Grown Up While Holding Hands With Mom Angelina Jolie In NYC

While during Angelina Jolie’s NYC trip – the one where she reportedly visited her ex-husband, Jonny Lee Miller – the actress made sure to take in the sights with her teenage daughter, Zahara Jolie-Pitt.

It was an episode of Angie & Zahara Take New York on Thursday (June 10.) Angelina Jolie, who has been spending her 46th birthday with her kids in New York City,  went for a stroll with Zahara Jolie-Pitt, 16, in the Big Apple. The mother-daughter combo was photographed walking down Madison Avenue while talking in some sightseeing and shopping. Angie sported an all-white ensemble while letting her hair down – literally. Zahara, who looked all grown-up, rocked a pair of black slacks, a long-sleeved shirt, and some clean sneakers. The two walked hand-in-hand while seeing what Manhattan had to offer. 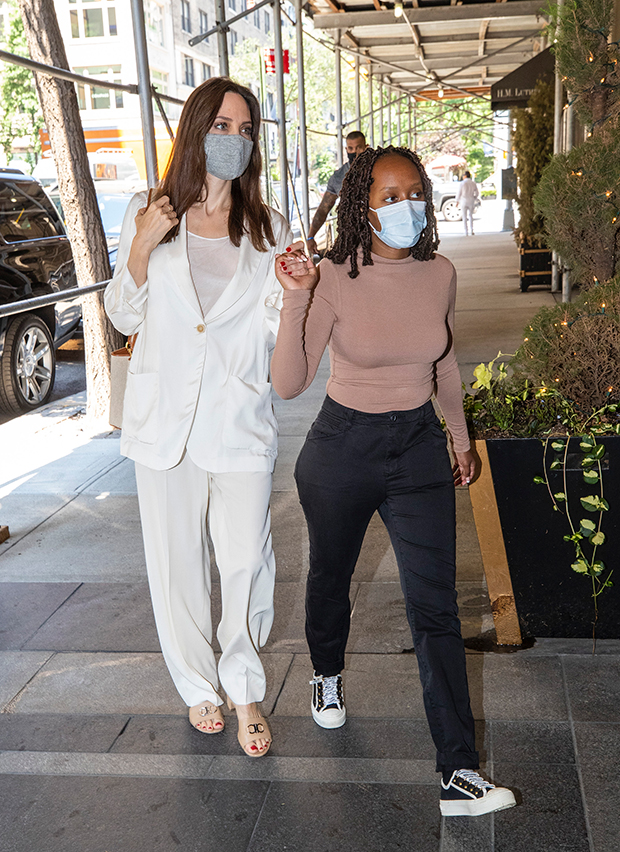 After this time with Zahara, Angelina joined her son, Pax, for lunch at Momofuku Noodle Bar in Columbus Circle. Angelina supposedly made time for all her seven kids during this New York City sojourn – and, per Page Six, she made time for a former love. Angelina was seen arriving at Jonny Lee Miller’s apartment building in Dumbo on Friday (June 11). She wrote a tan trench coat and carried a Louis Vuitton purse and a bottle of Peter Michael wine. Angelina emerged three hours later, around 10:30 pm EST. 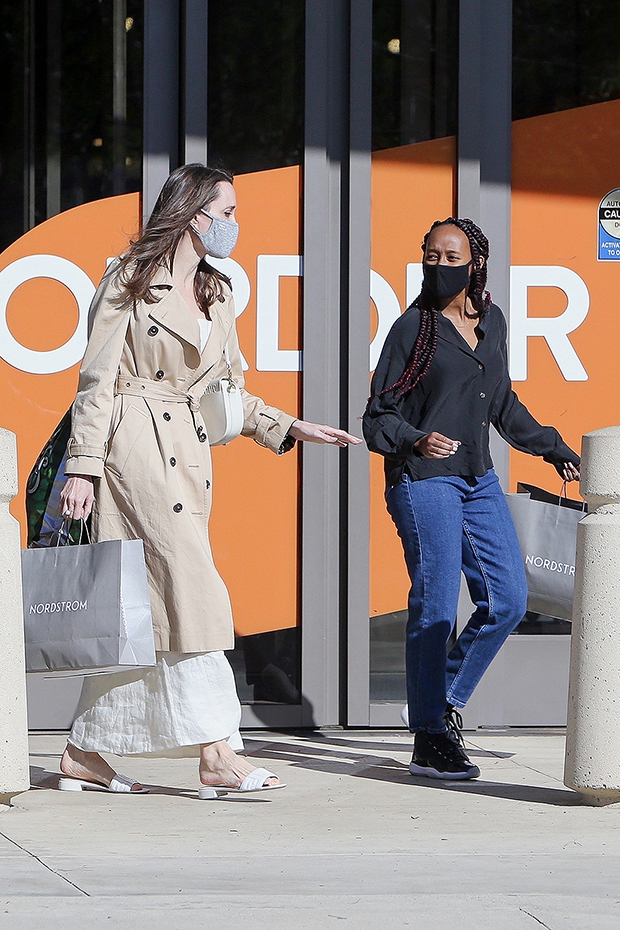 90s kids would remember Angelina and Jonny from the 1995 film Hackers. The two played on-screen rivals-turned-lovers, and their chemistry followed them off the set. They fell in love, were married in March 1996. The wedding drew some attention when Angelina used her own blood to write his name on the back of a white shit she borrowed for the ceremony. However, the honeymoon period was a short one. They separated in 1997, citing their different schedules, and they officially filed for divorce in 1999.

Since splitting from Jonny, Angie has been married to both Billy Bob Thornton and Brad Pitt. Recently, Brad scored a major legal victory by winning joint custody of his and Angie kids — Pax, 17, Zahara, 16, Shiloh, 14, and twins, Vivienne and Knox, 12. Their eldest son, Maddox, is 19 and not subject to any custody arrangements. Angie, who unsuccessfully attempted to have the children testify in the custody case, will appeal the decision, with a hearing set for July 9. However, Angie’s chances of winning the appeal are “very small,” celebrity divorce attorney Michael Stutman, founding partner at Stutman Stutman Lichtenstein & Felder, explained to HollywoodLife. “The odds are long unless you’ve got something that is really seriously bad.”