23 Of The Most Powerful Photos Of This Week 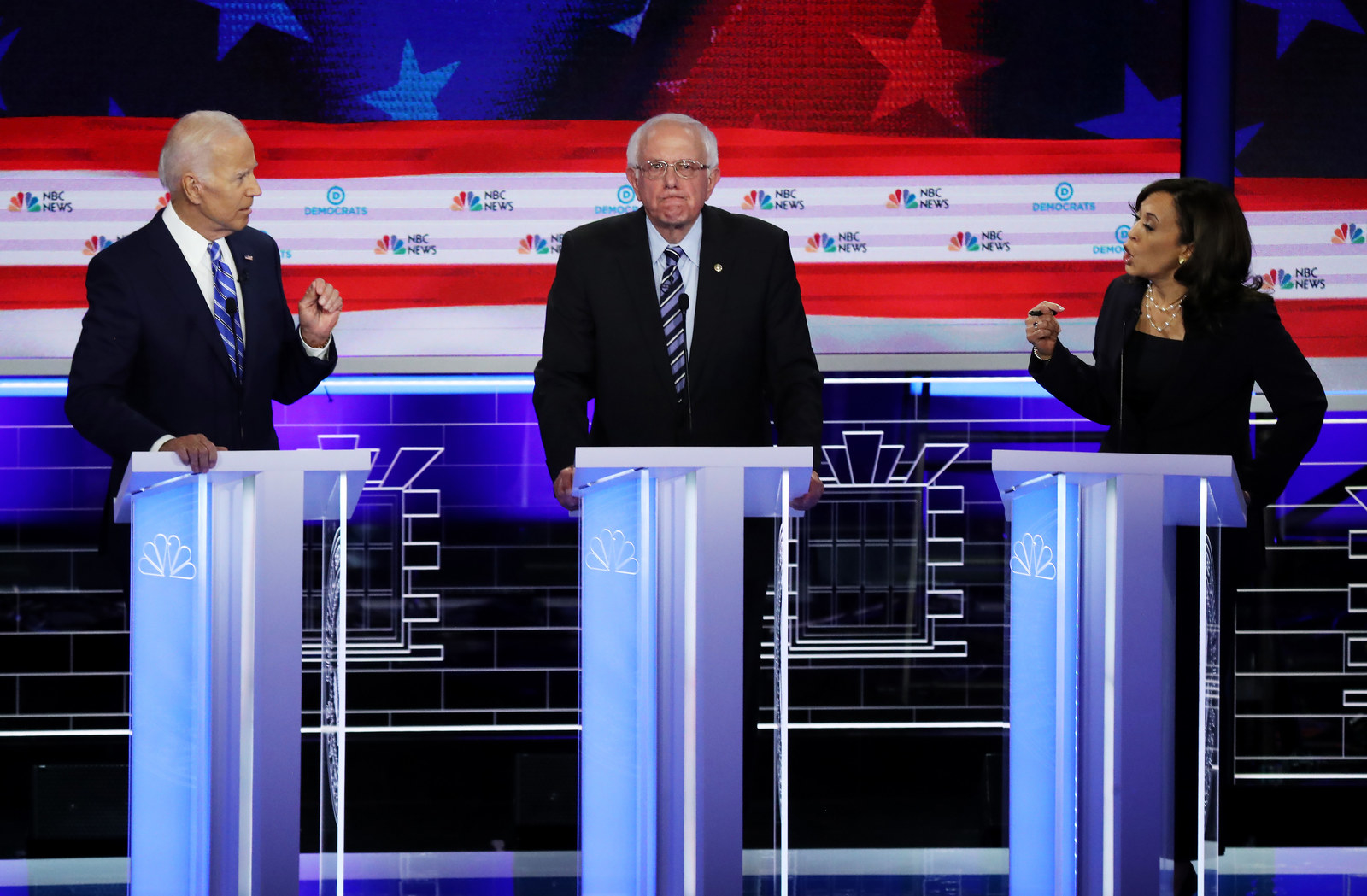 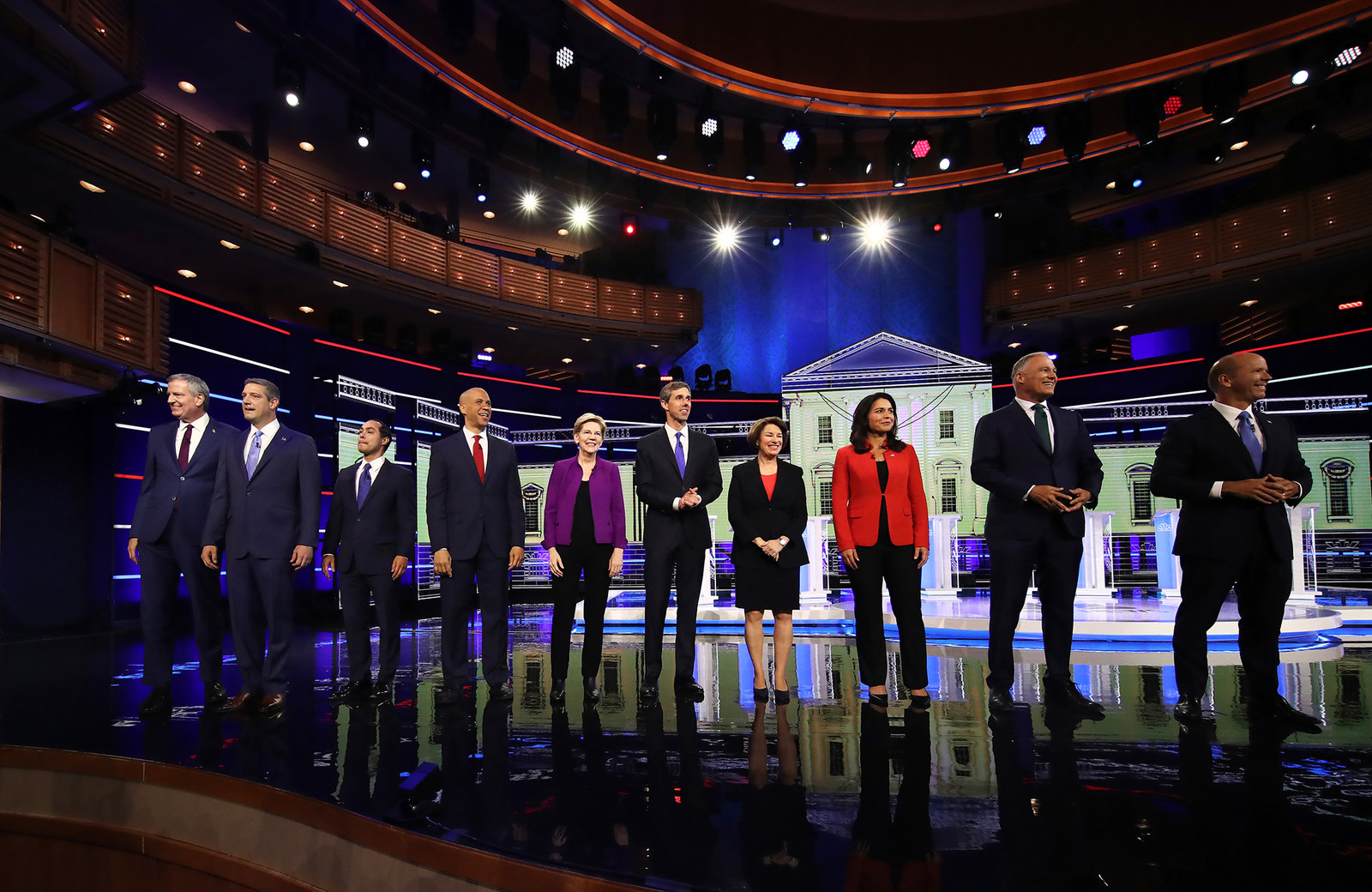 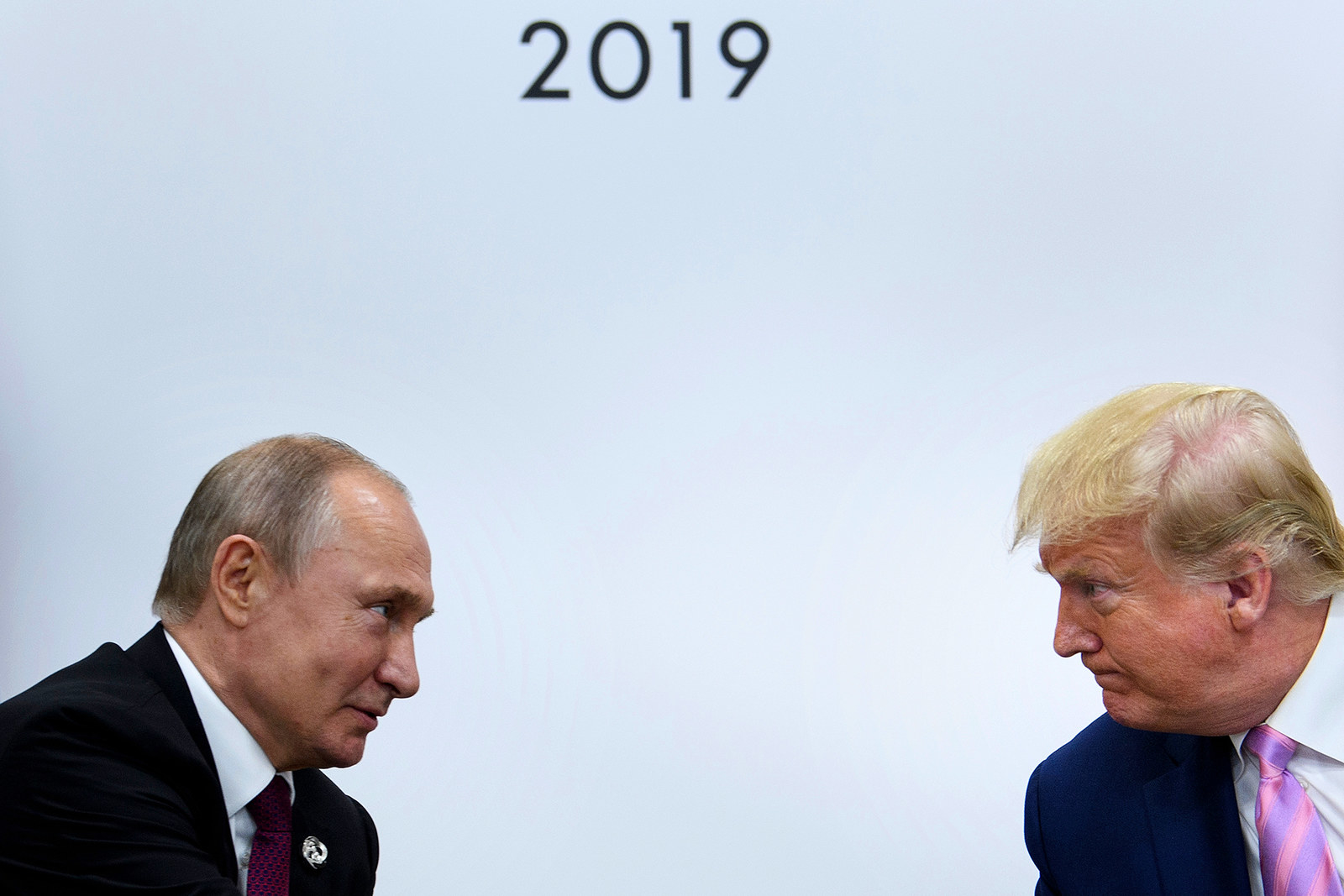 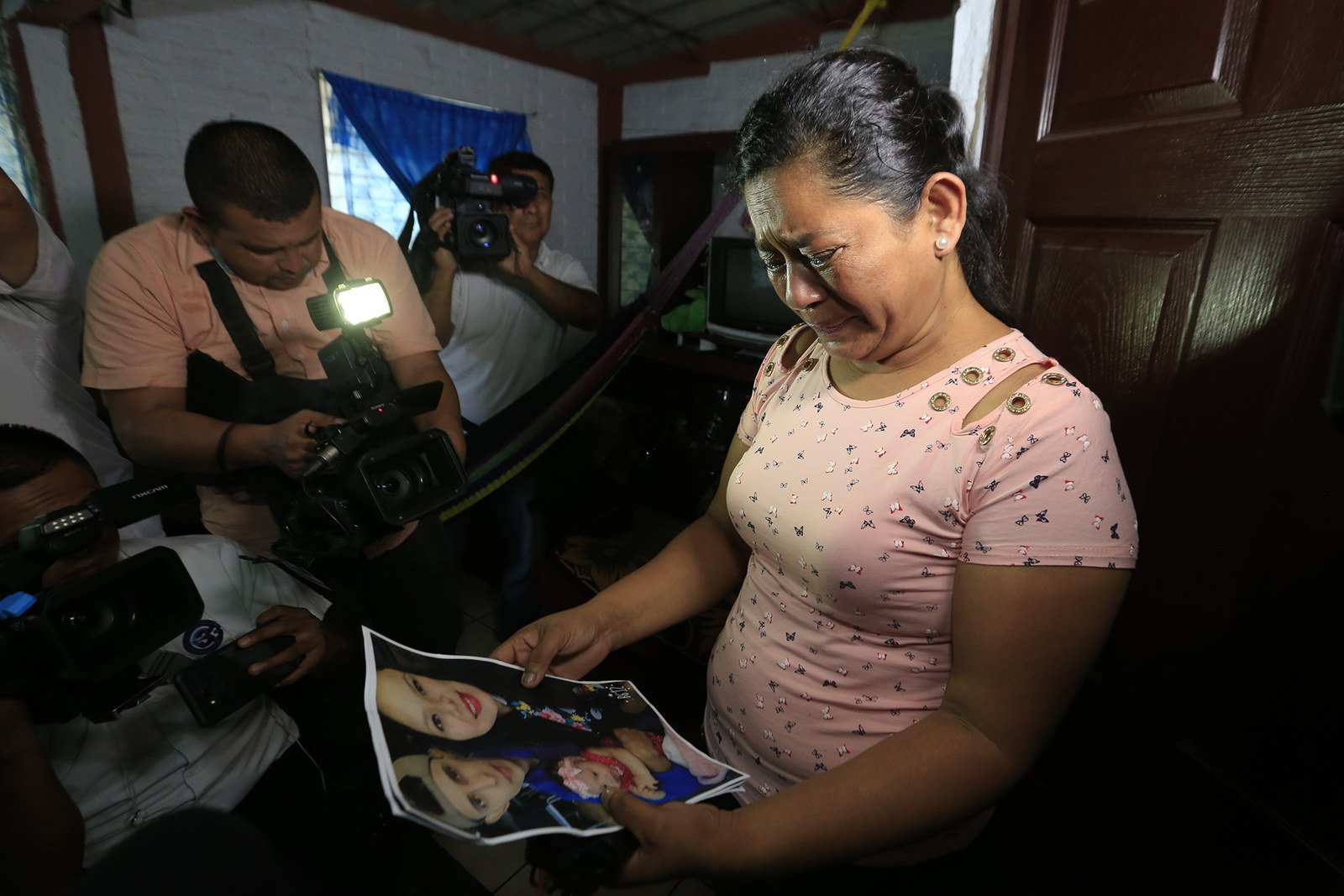 Rosa Ramirez cries when shown a photograph printed from social media of her son Oscar Alberto Martinez Ramírez, 25, granddaughter Valeria, nearly 2, and her daughter-in-law Tania Vanessa Avalos, 21, while speaking to journalists at her home in San Martin, El Salvador, on June 25. The drowned bodies of her son and granddaughter were located Monday morning on the banks of the Rio Grande, a day after the pair were swept away by the current when the young family tried to cross the river to Brownsville, Texas. 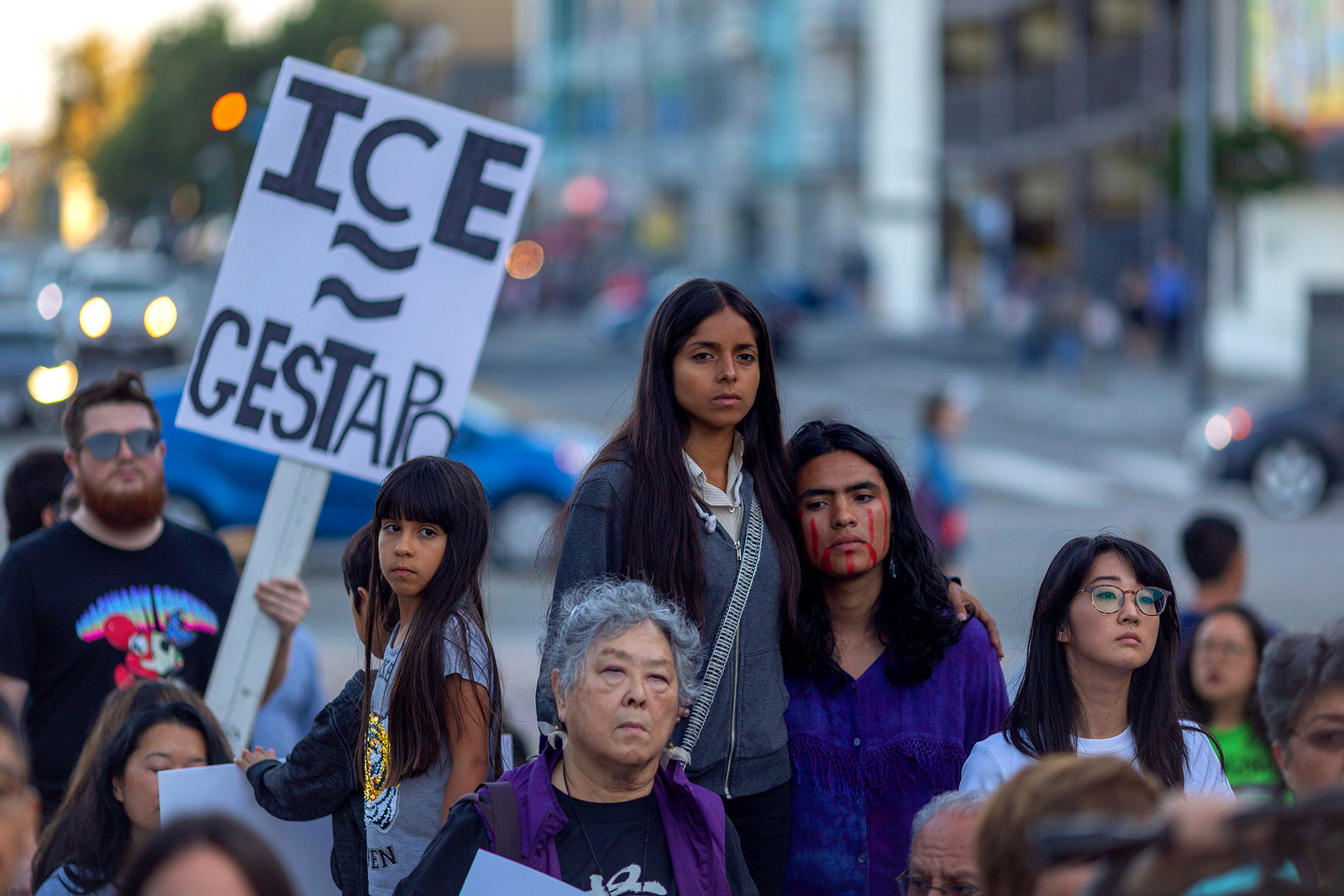 People in Los Angeles rally on June 9 to oppose a Trump administration plan to use Fort Sill Army base in Oklahoma as a detention center for immigrant children and other Customs Enforcement detainees. 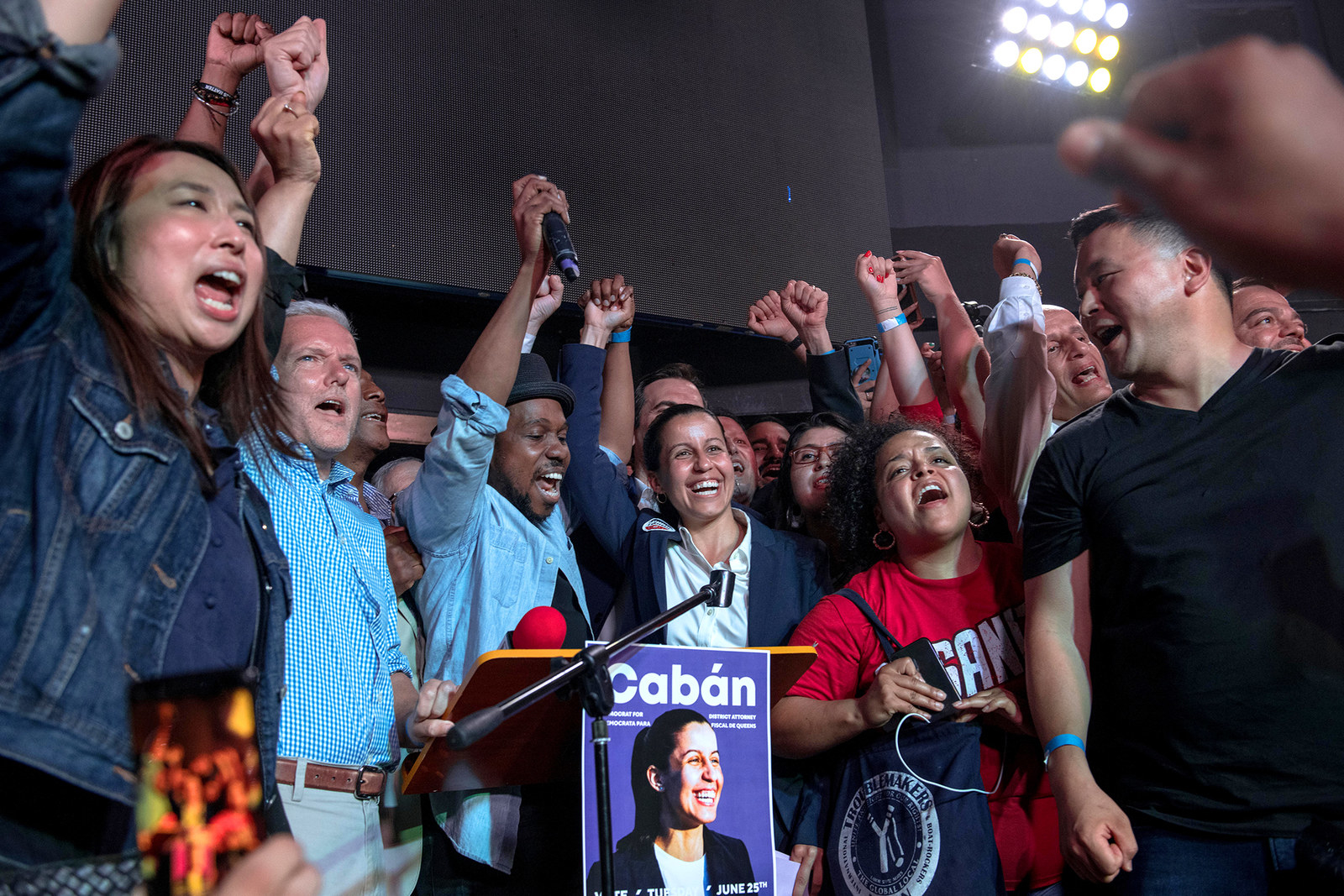 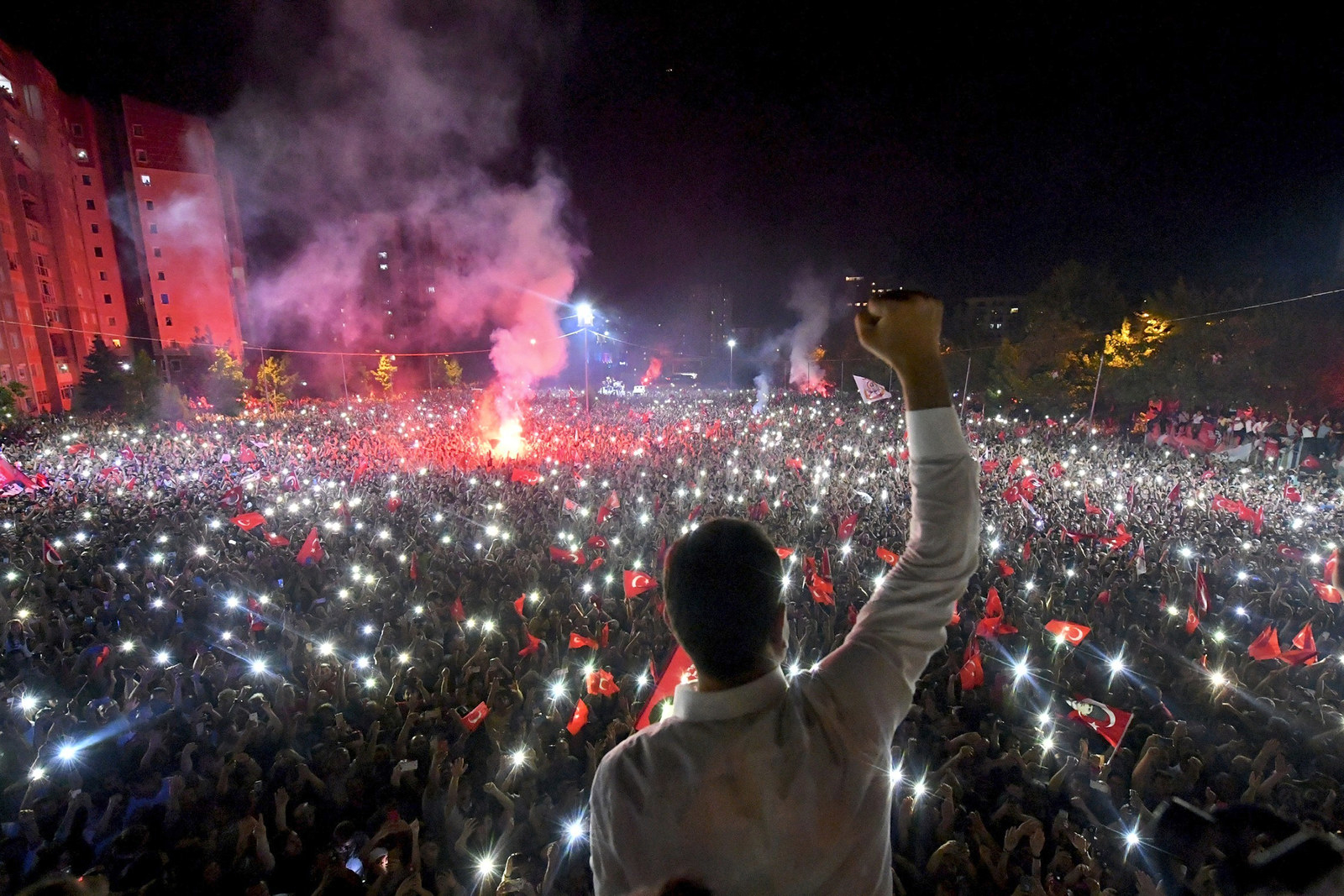 Ekrem Imamoglu, the candidate of Turkey’s secular opposition Republican People’s Party, waves to supporters at a rally in Istanbul on June 23. 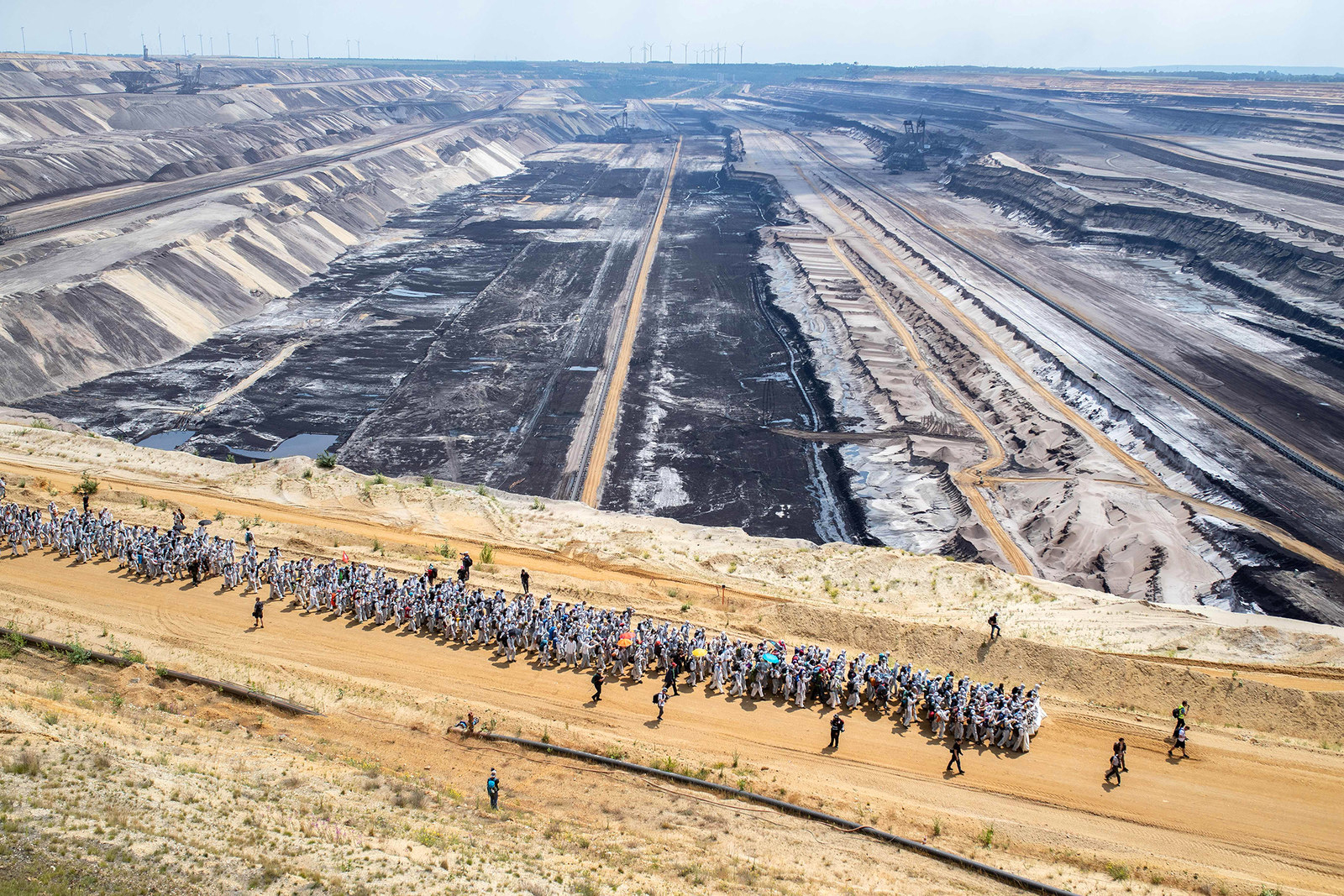 Climate activists march the grounds of the Garzweiler brown coal mine in Garzweiler, Germany, on June 22. Anti-coal activists attempted to reach and occupy the nearby Garzweiler open-cast lignite mine in a protest to demand action against global warming. 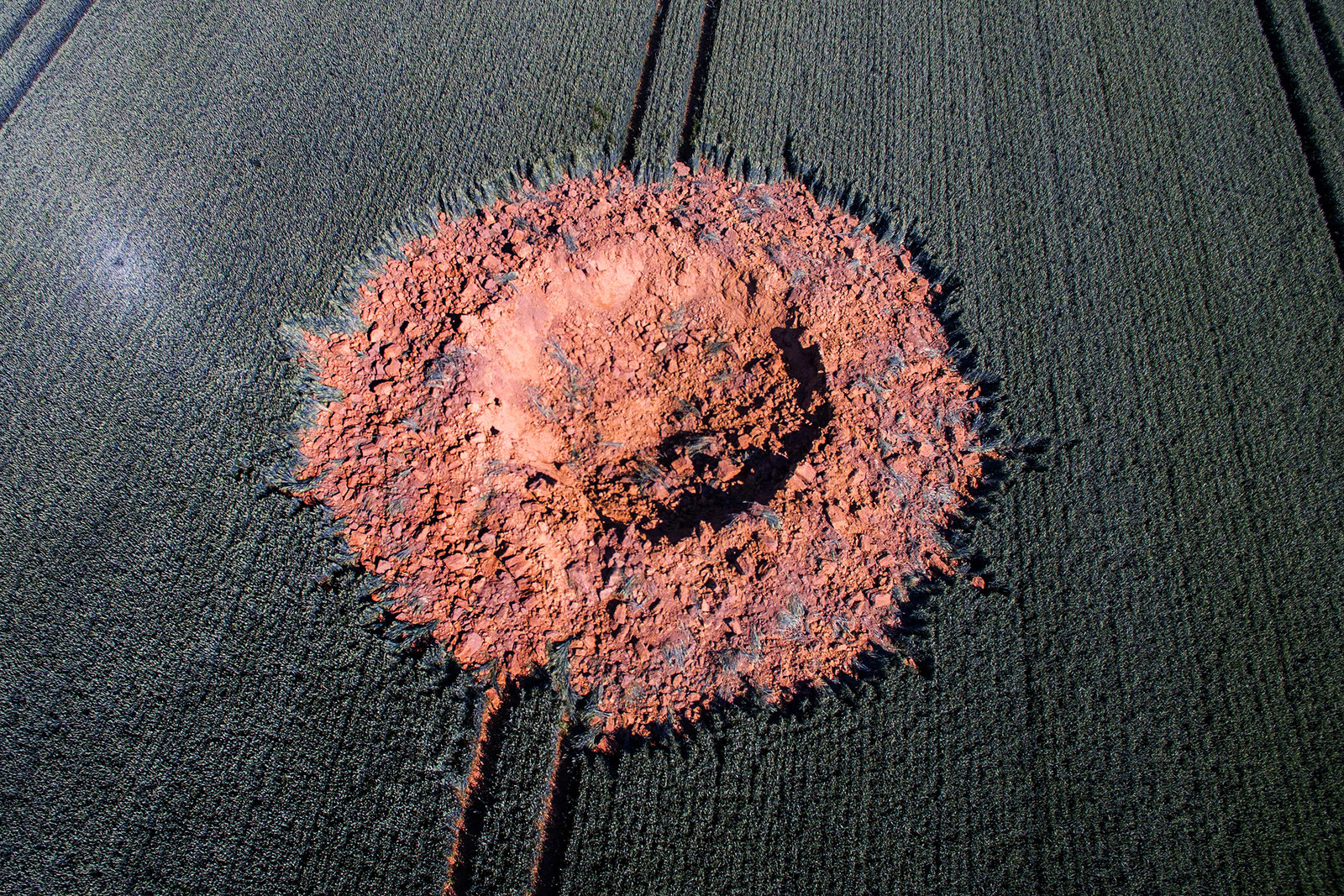 An aerial view shows a crater on a barley field near Ahlbach, Germany, on June 24. Experts assume that an unexploded WWII bomb had exploded at a depth of several meters as a result of the triggering of the chemical detonator. 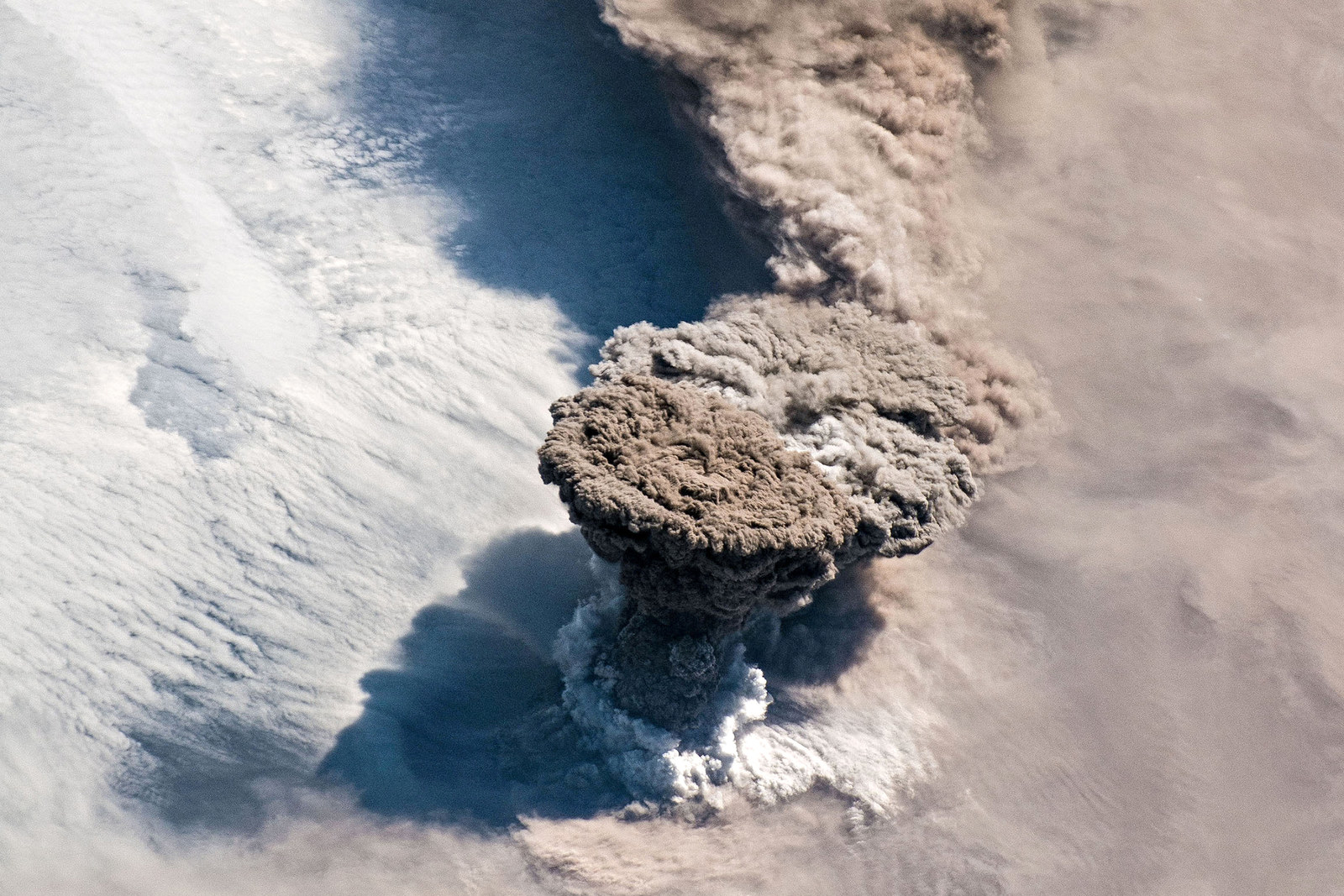 A large volcanic ash and gas plume is seen from the International Space Station rising above the Kuril Islands in the North Pacific Ocean after an unexpected series of eruptions from the Raikoke Volcano on June 22. 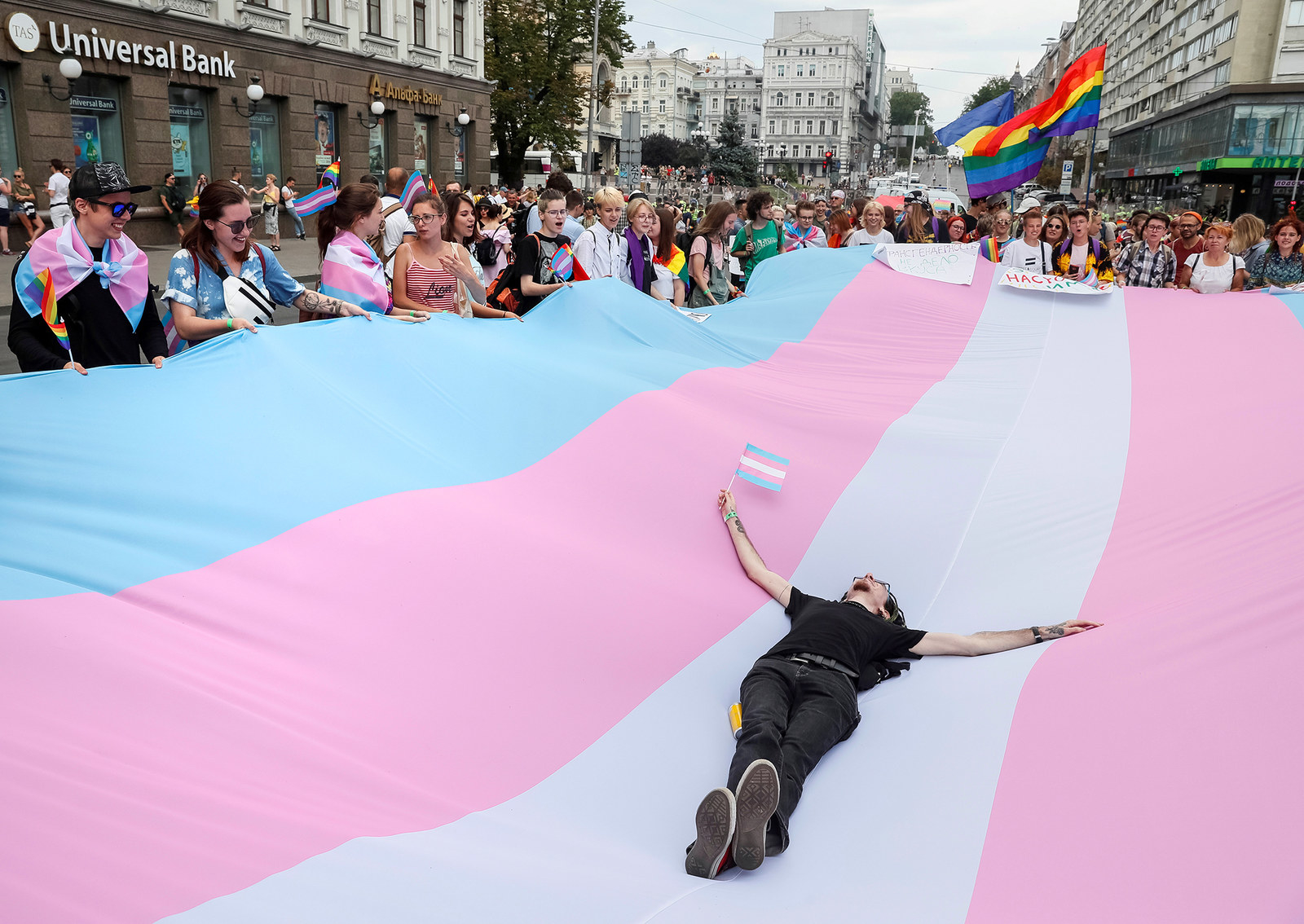 A reveler lies on a giant transgender Pride flag during the Equality March, organized by the LGBT community in Kiev, Ukraine, on June 23. 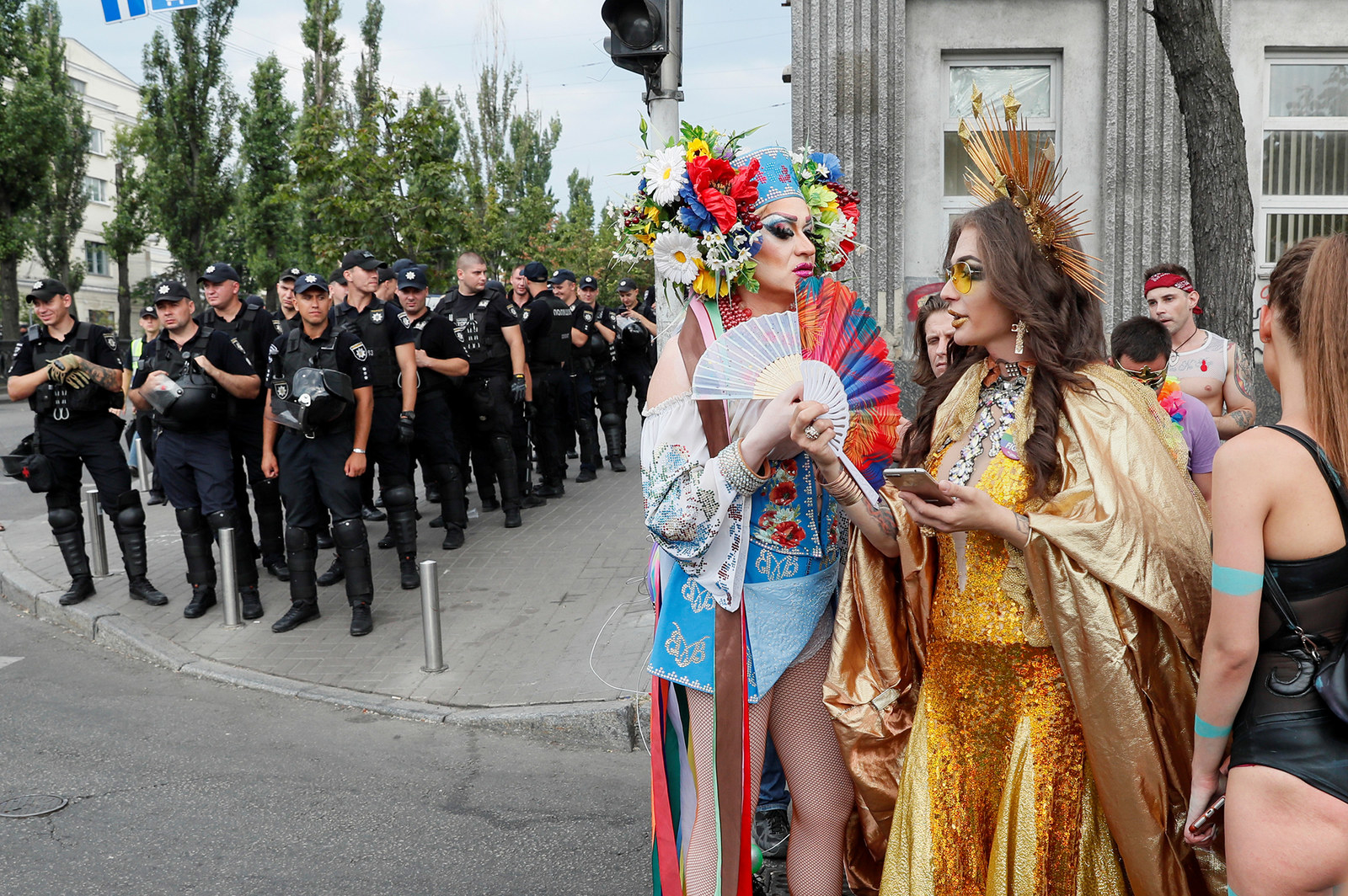 Police officers guard participants of the Equality March in Kiev, Ukraine, on June 23. 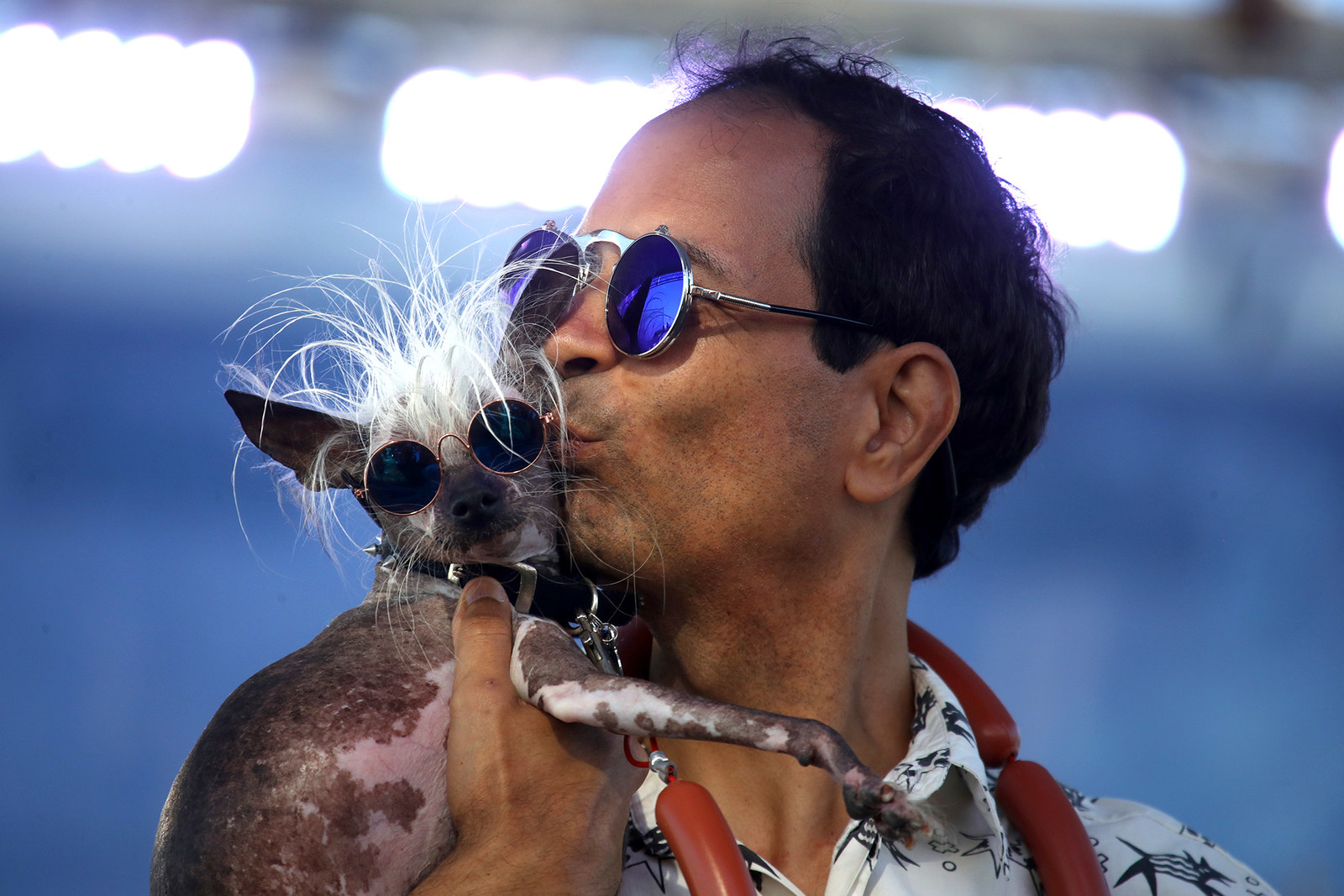 Dane Andrew holds his dog Rascal during the World’s Ugliest Dog contest at the Marin-Sonoma County Fair on June 21, in Petaluma, California. 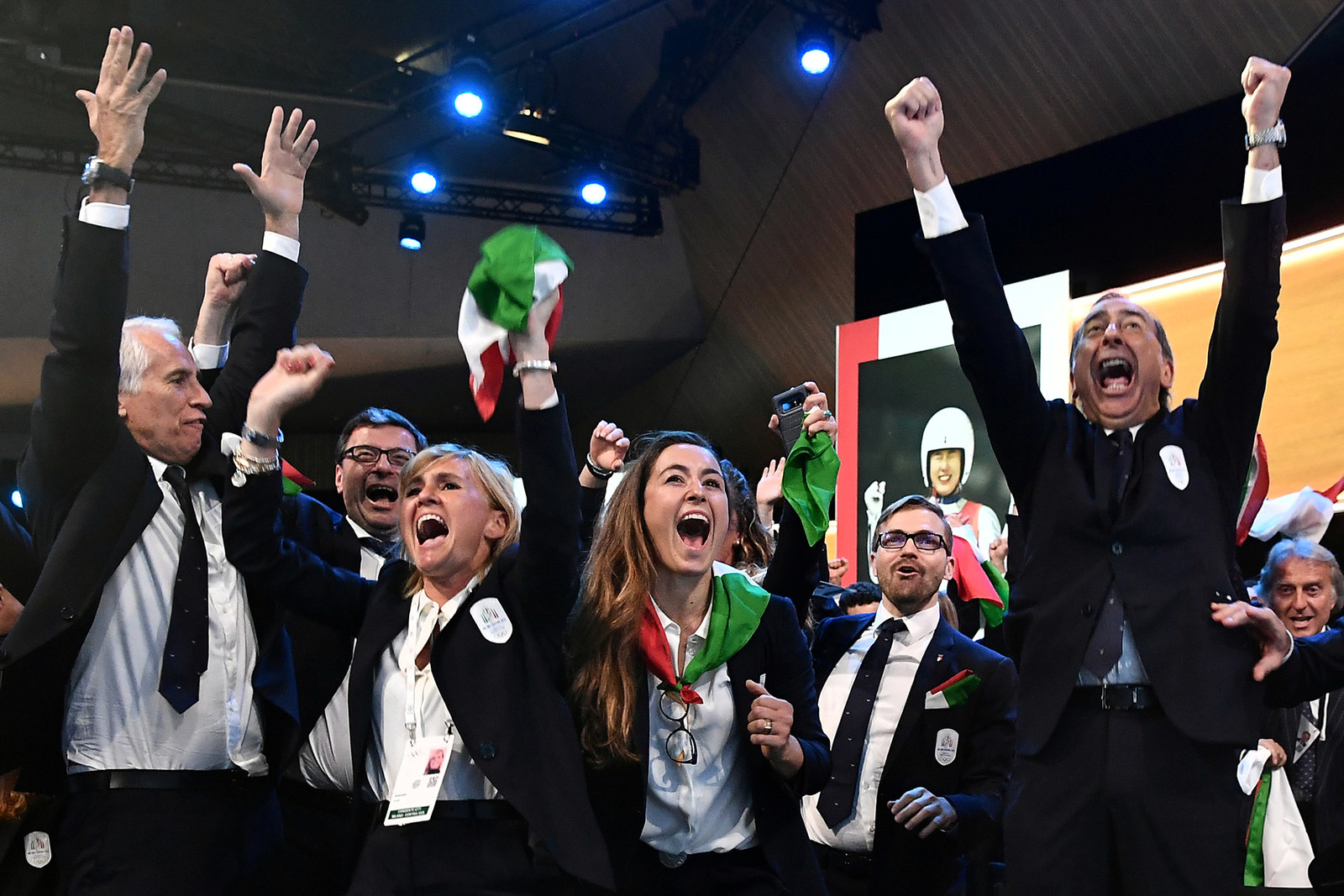 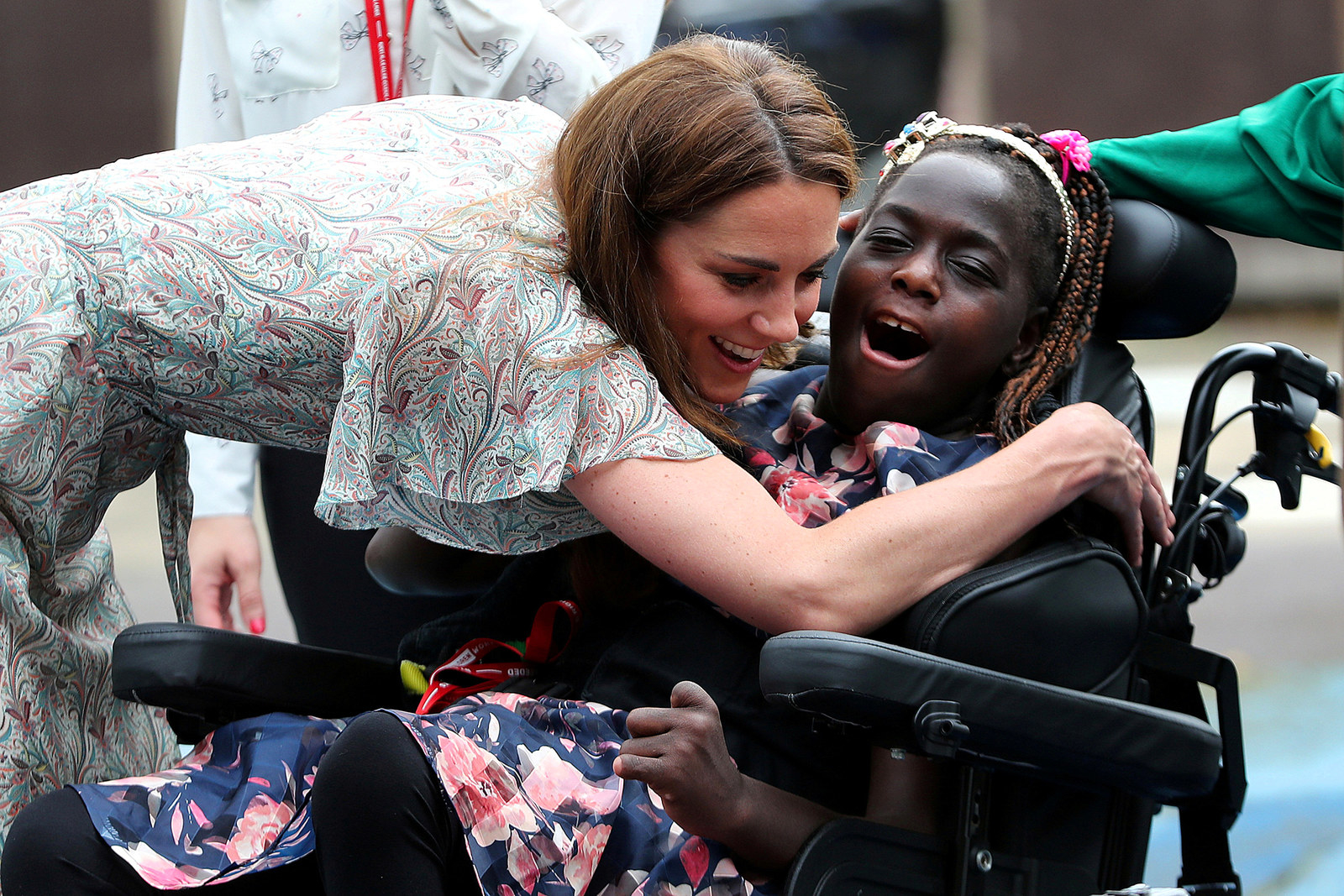 Britain’s Catherine, Duchess of Cambridge hugs a girl in a wheelchair during a charity photography workshop in Thames on June 25. 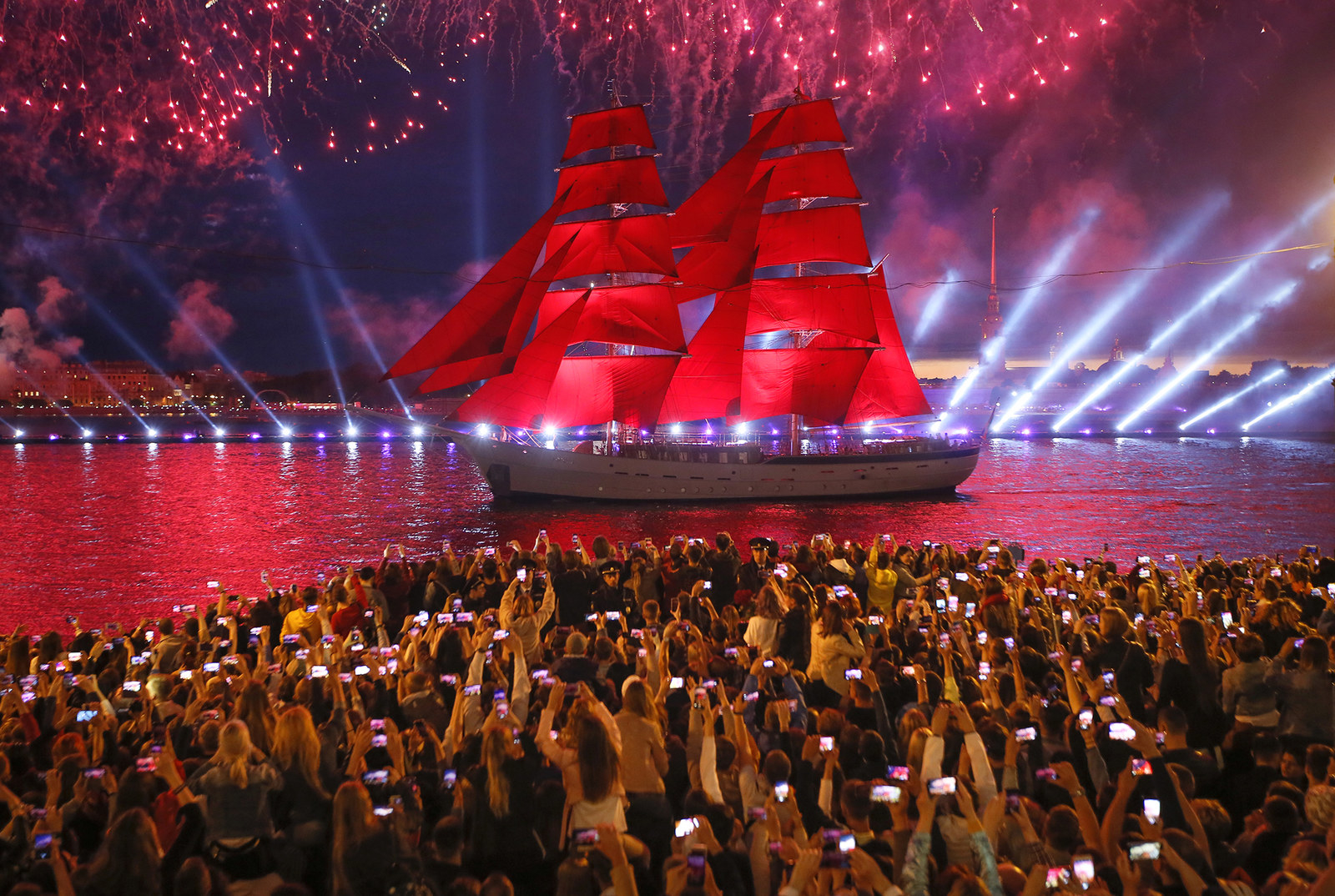 People watch fireworks and a brig with scarlet sails floating on the Neva River during the Scarlet Sails festivities marking school graduation in St. Petersburg, Russia, on June 24. 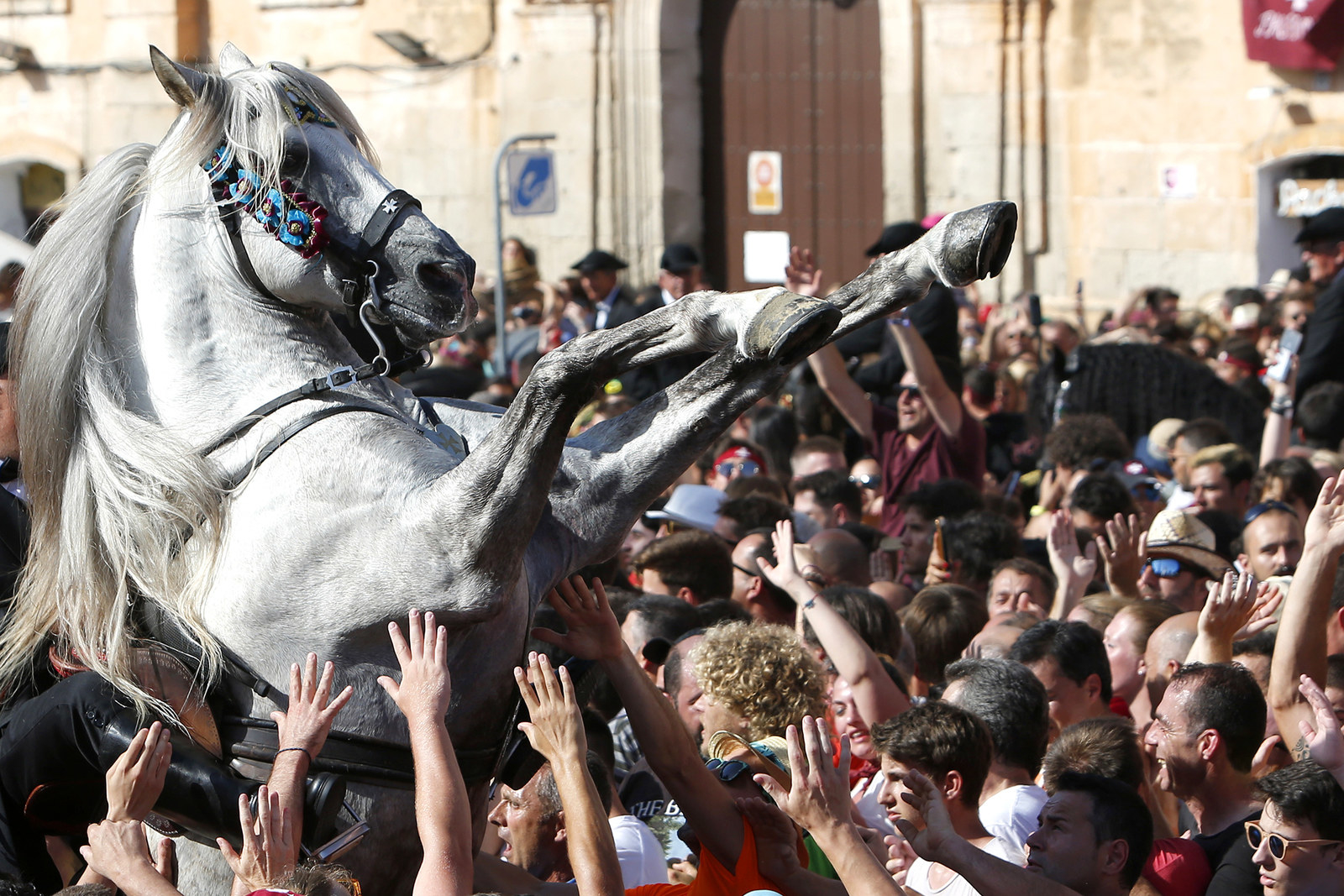 A horse rears in the crowd during the traditional Saint John festival in the town of Ciutadella, Spain, on June 23. 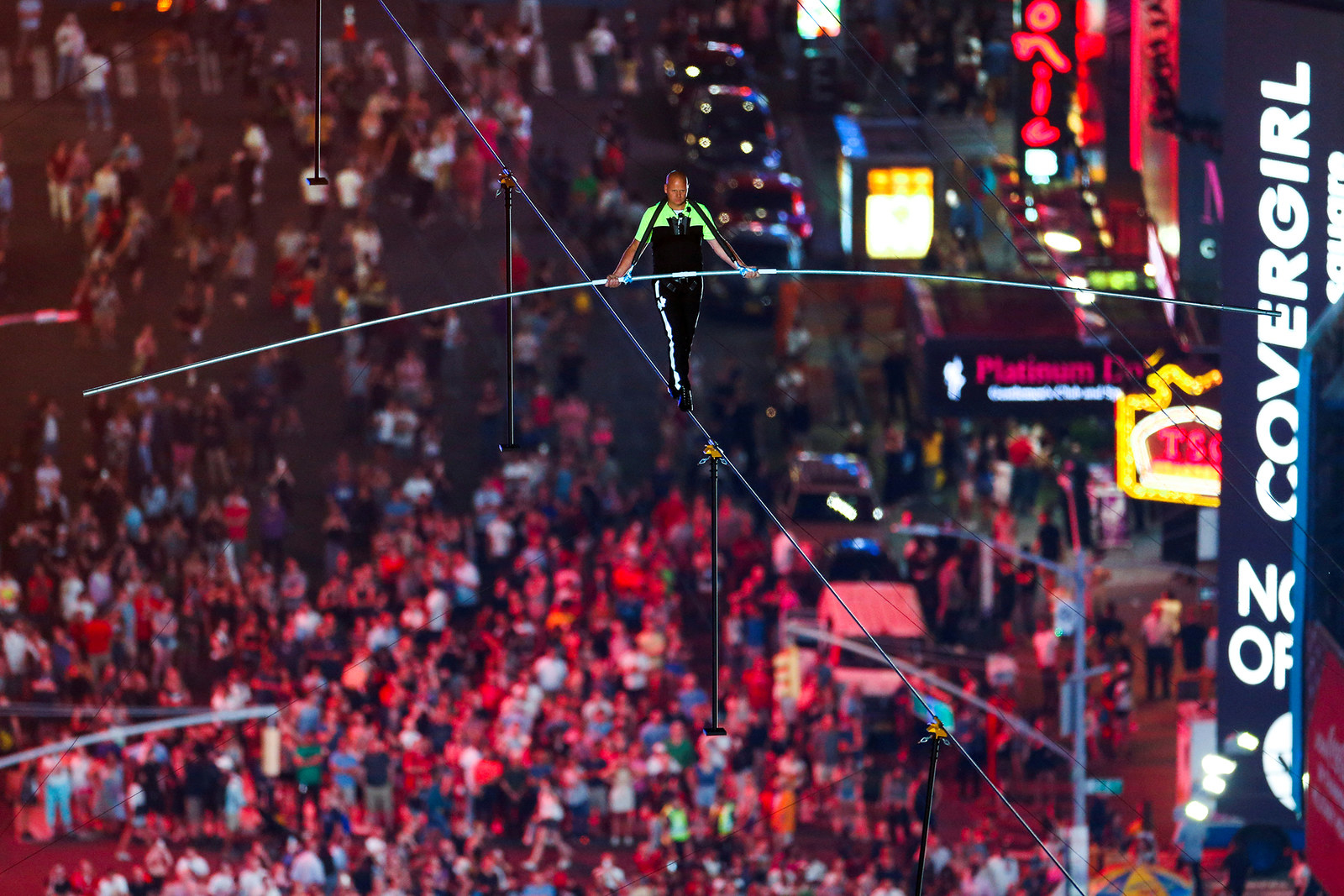 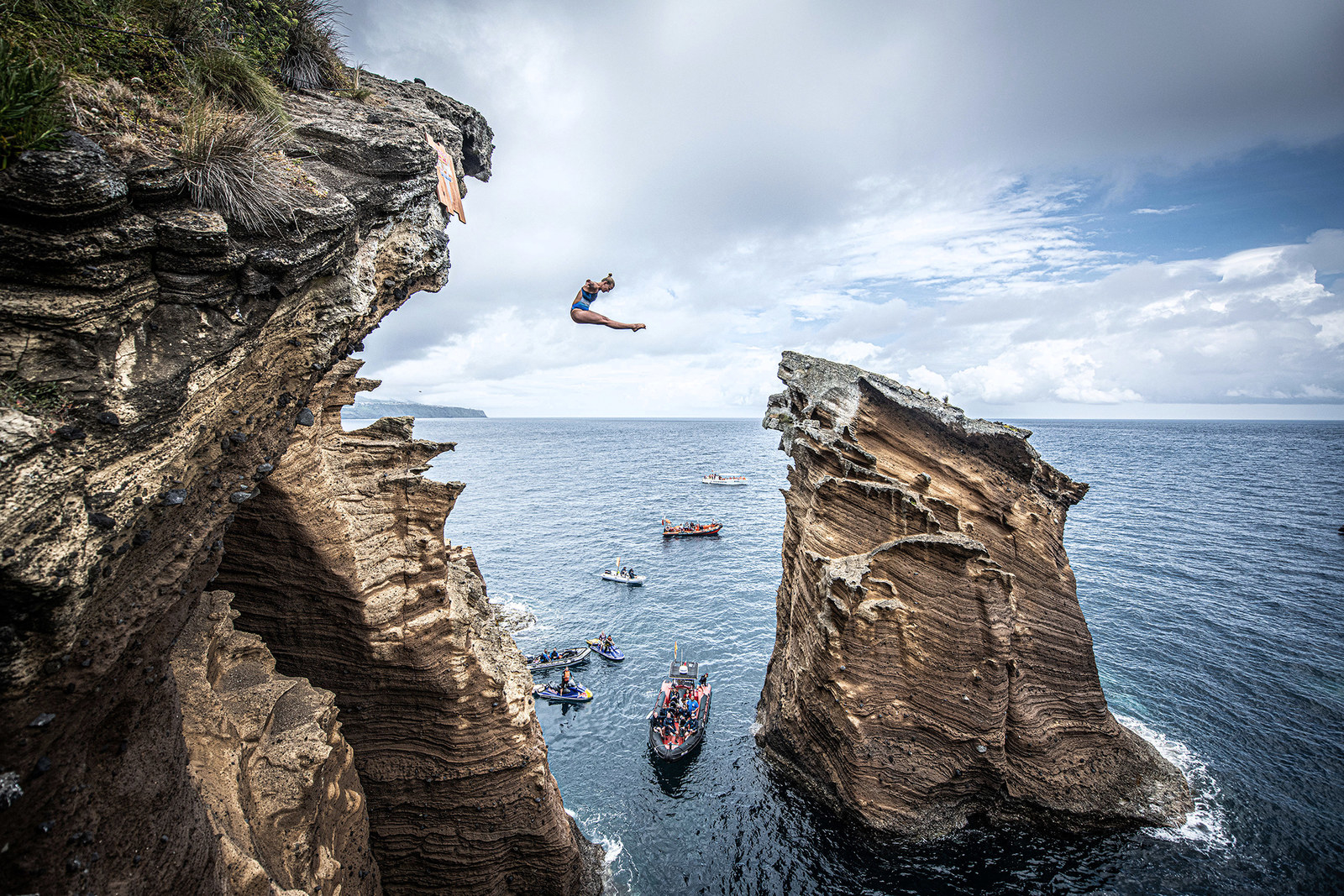 Rhiannan Iffland of Australia dives from a 21 meter cliff in Sao Miguel, Portugal, during the Red Bull Cliff Diving World Series on June 20. 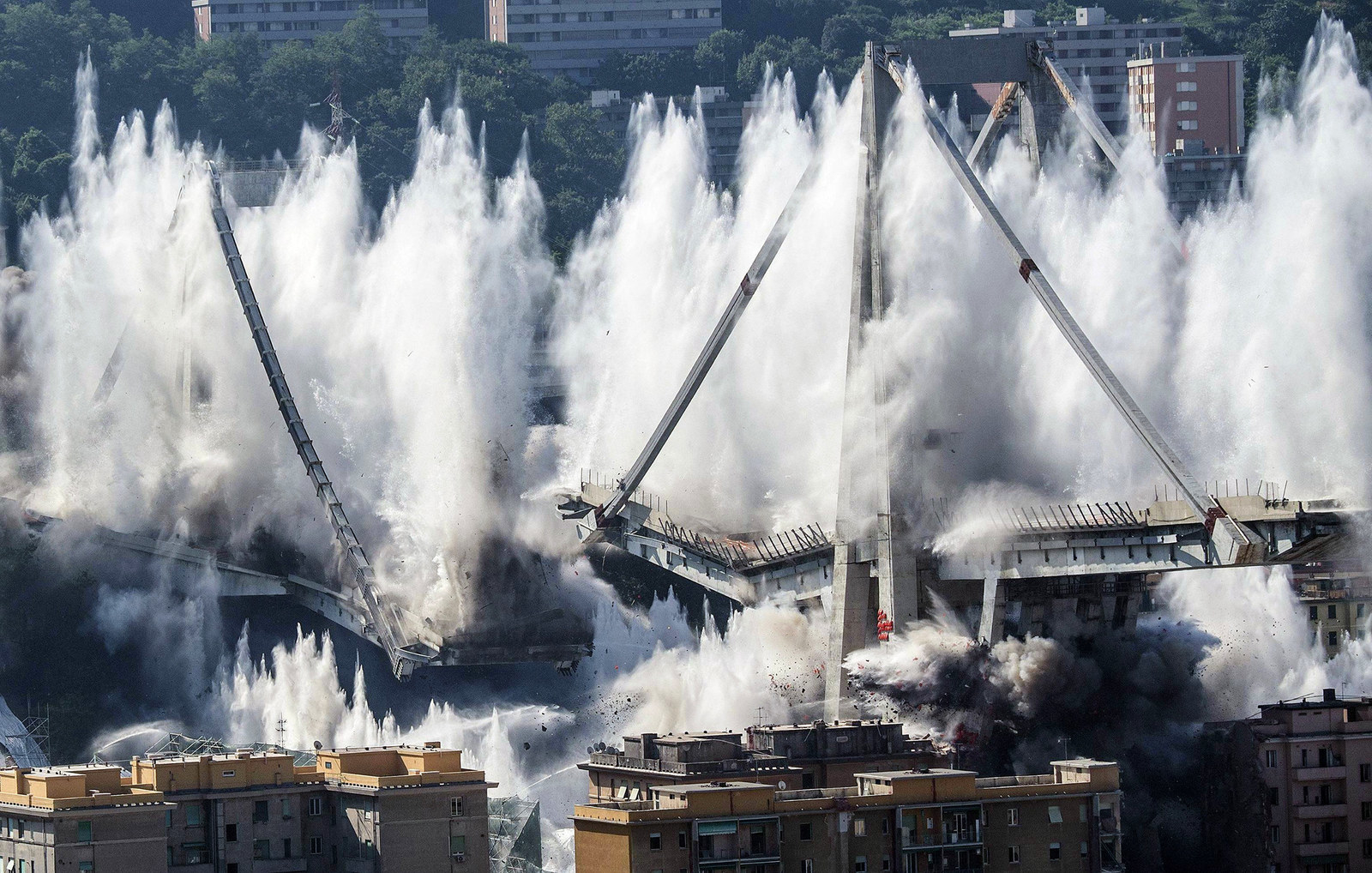 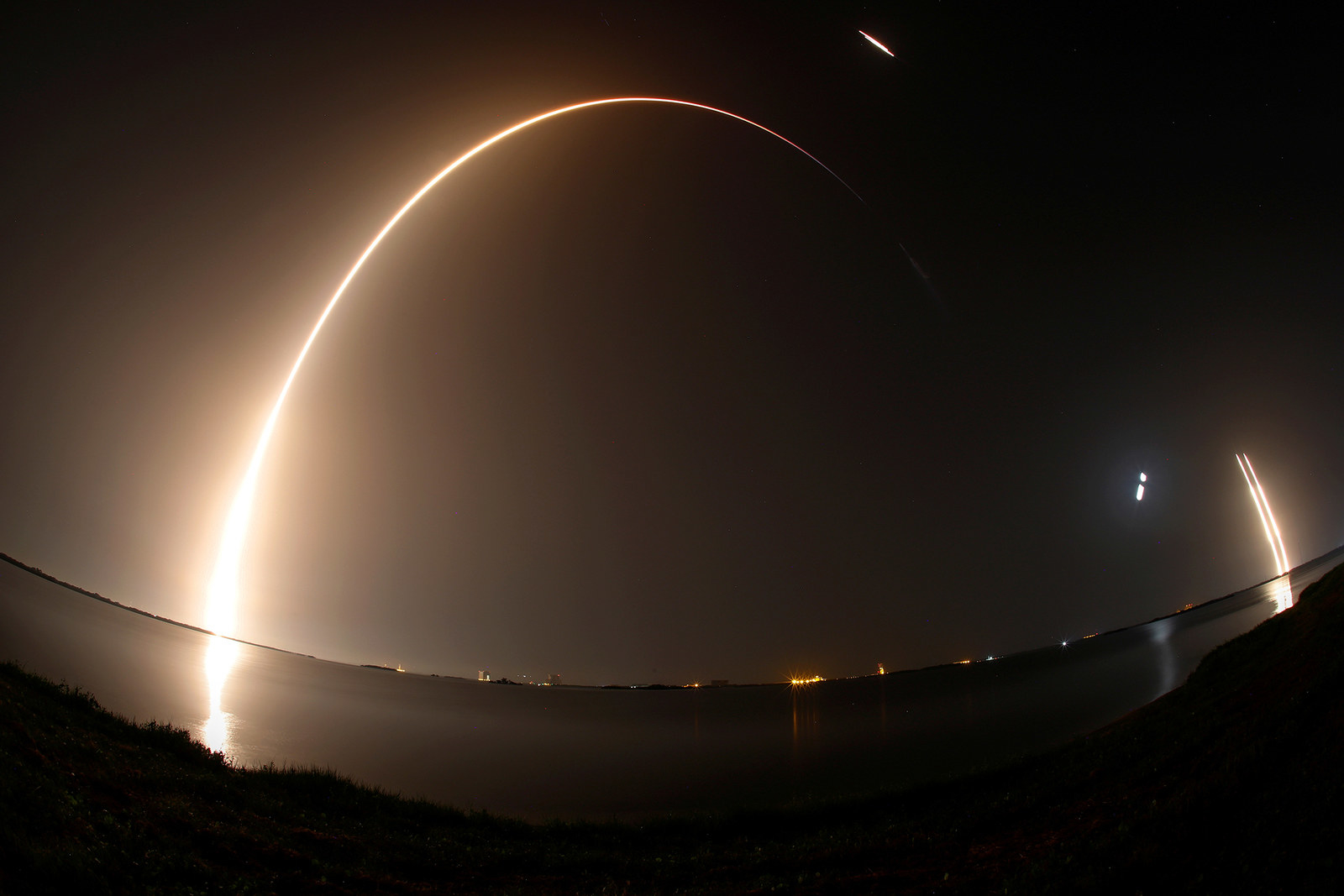 A SpaceX Falcon Heavy rocket lifts off from the Kennedy Space Center in Cape Canaveral, Florida, on June 25. 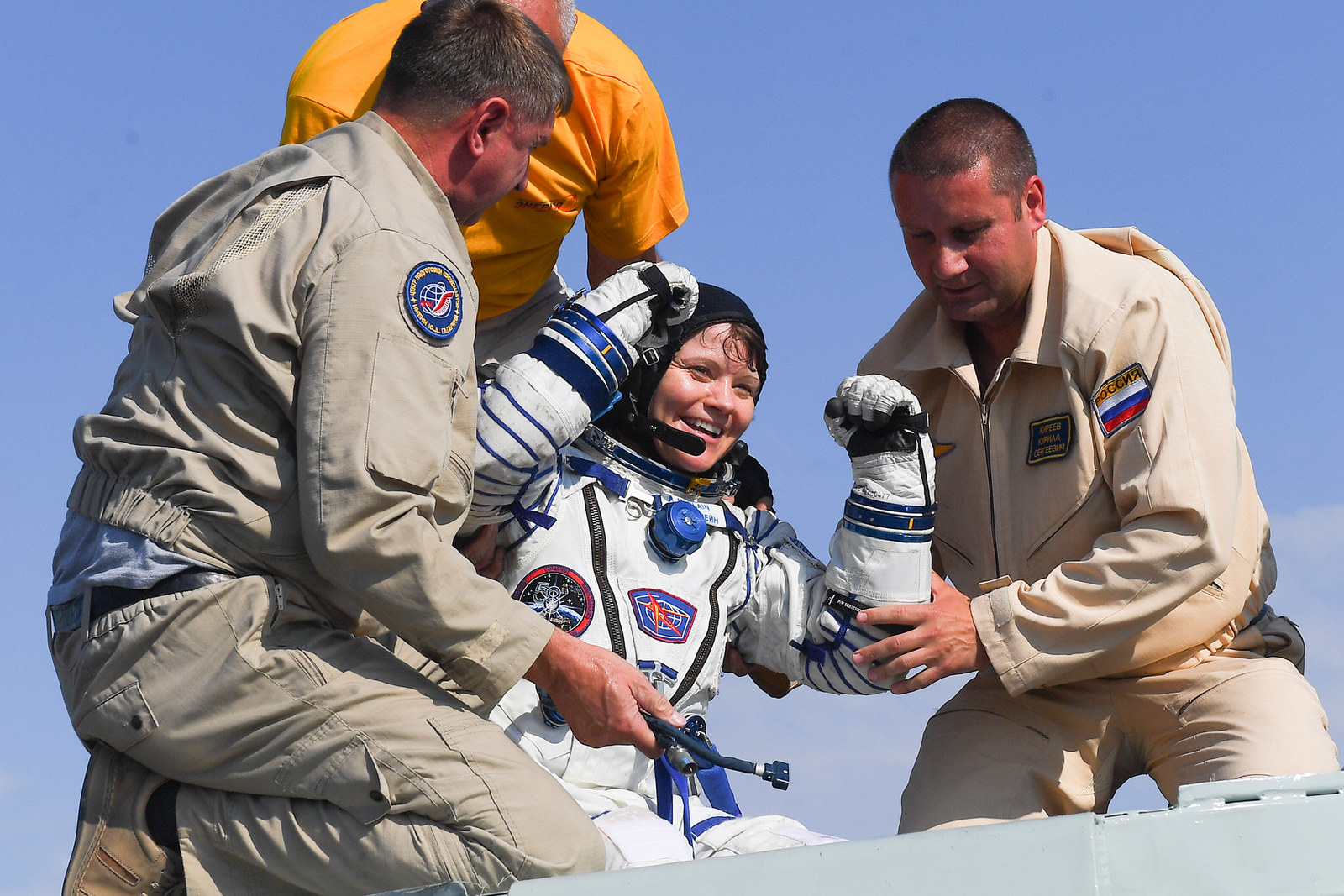 NASA astronaut Anne McClain is removed from the Soyuz MS-11 descent capsule after landing near the town of Zhezkazgan, Kazakhstan, on June 25. 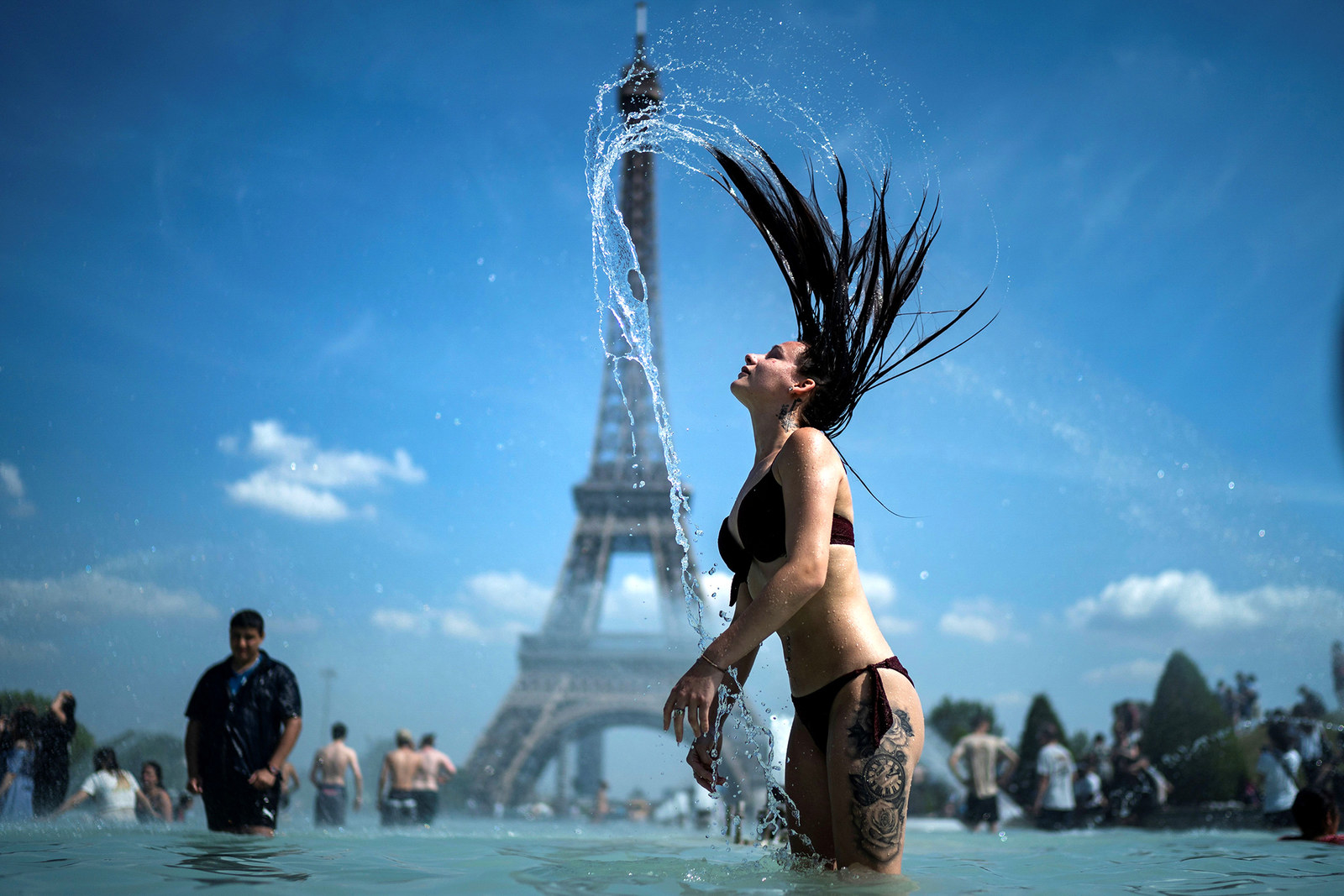 A woman cools off in the fountain of the Trocadero esplanade in Paris on June 25.