Ever since DiCaprio rose to the spotlight in 90s, he was known for having some beautiful woman around his arm. With time, keeping up with his love life became a part-time hobby. And for those of you who haven’t followed his personal life closely, here’s one thing you should know: DiCaprio historically only dates women under 25 years old. And no that number hasn’t changed since he’s gotten older, the patterns has only continued… 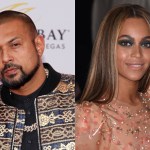 But, throughout the years, DiCaprio’s had a variety of different relationships including year long ones and rumored hookups. Some relationships, like his 5-year romance with Brazilian model Gisele Bündchen, for example, were well-known. After all, when two people in a couple look that good together, it’s hard not to notice. Another long relationship of his was with Israeli model Bar Refaeli from 2005 to 2011. When these two were together, we really thought they were endgame. Most recently, DiCaprio split with longtime girlfriend Camila Morrone after five years together.

Among his shorter flings and rumored affairs are his relationships with Rihanna, Amber Valletta, Paris Hilton, Claire Danes and many others.

Check out the list of who DiCaprio has allegedly dated below, and be prepared for the questionable age differences as time goes on!