Hello. It’s Monday again. We’ve gathered the best articles from the weekend here for you to read, in case you missed them. 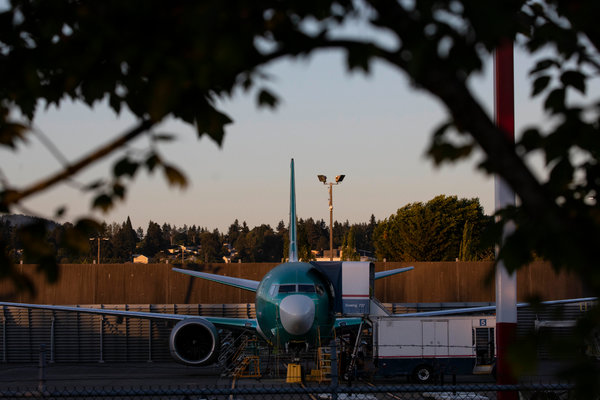 The roots of Boeing’s 737 Max crisis: A regulator relaxes its oversight

A Times investigation found that the F.A.A. regulatory process, which gave Boeing significant oversight authority, compromised the safety of the plane.

‘I just wish we could’ve made it’

Davion Powell came close to escaping Brooklyn’s gang violence, but in the end he ran afoul of the Bloods in his neighborhood.

A quest to identify protesters and police officers has people in both groups desperate to protect their anonymity. Some fear a turn toward China-style surveillance.

Kendra Pierre-Louis writes: Does it make sense for me, a dark-skinned black woman, to wear sunscreen? The answer is more complicated than it may seem.

Every state has an infamous crime — and a book about it.

[Also read: “We Asked 13 Novelists, From Lee Child to Ruth Ware, ‘What’s the Best Murder You Ever Wrote?’”]