8 Comic Books in Honor of Pride

These comic books and graphic novels tell stories that will transport readers to various worlds, from elementary school to outer space. They feature characters discovering themselves, relationship challenges and a new take on a legendary hero. All include characters who are gay, lesbian, bisexual or transgender. Happy Pride! 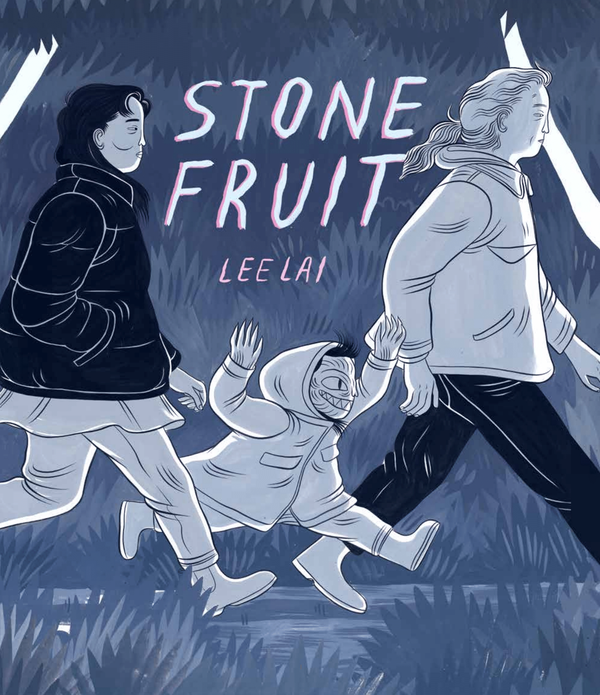 Bron and Ray are struggling as a couple. A bright spot in their life is their 6-year-old niece Nessie. But even that relationship is fraught because of tensions between Ray and her sister (Nessie’s mother), and Bron’s emotional struggles with her own family. This graphic novel, Lee Lai’s first, is bittersweet and filled with authentic dialogue and realistic situations, including a lack of tidy resolutions. You can’t help but root for the characters, even if they are perhaps better off spending time apart.

Wynd Book One: Flight of the Prince

In Pipetown, a world where magic is seen as corrupting, Wynd, a young boy, must hide his true nature. This is proving difficult as he ages and his pointy ears can no longer be concealed. Wynd longs for a normal life and to befriend Thorn, the kindly son of a groundskeeper. “Maybe I could ask him his name; maybe we could have a life together,” he wishes in a vulnerable moment. A harrowing adventure awaits as the writer James Tynion IV and the artist Michael Dialynas pit Wynd against the Bandaged Man, an enforcer of Pipetown’s king who hates magical beings.

Meet Alice, a writer of children’s books with a huge heart … that is absolutely crushed when she discovers her girlfriend is cheating. The crisis inspires her to seek a new life, and perhaps a new love, in San Francisco. This romantic comedy, written by Iolanda Zanfardino and Elisa Romboli, who are a couple, is most assuredly for adults: The story depicts — sometimes with little left to the imagination — the ups and downs of casual sex. One conceit of the five-issue story, which wraps up in August, is that each chapter includes scenes of a fairy tale by Alice, about a firefly who is seeking a mate.

Pamela Isley, the young woman who would grow up to become the Batman villain Poison Ivy, takes center stage in this young adult graphic novel written by Kody Keplinger and drawn by Sara Kipin. Pamela is ill at ease around most people, especially men. Who can blame her? A popular male student spreads rumors about her that the principal downplays, and her father is using her as a guinea pig to save her mother from a mysterious illness. Will Alice Oh, a new character and her love interest, put Pamela on a different path in this new origin story?

The United States of Captain America

This mini-series, by the writer Christopher Cantwell and the artist Dale Eaglesham, looks at some of the people who have served as Captain America. But the story, which involves a road trip by these heroes in search of a stolen shield, will also introduce new champions. The first issue includes the origin story of the gay teenager Aaron Fischer — a character created by Cantwell, Jan Bazaldua and Joshua Trujillo — who puts on a version of the red, white and blue uniform to help save a group of runaways. His desire to do good is simple: “When I’m lucky, I get to help people.”

Cheer Up! Love and Pompoms

Two high school seniors, Annie and Bebe, rekindle their friendship during a tumultuous time in this young adult romance written by Crystal Frasier and drawn by Val Wise. Bebe is transgender and is taking the helm of the cheerleading squad, whose members are well-meaning but not completely altruistic. (One cheerleader asks: “You think this’ll get us on the news again like when we brought her on the team last year?” Even Annie joins mainly to improve her college applications.) Still, the two young women learn to support each other and embark on a sweet romance.

The tagline “putting the sass in assassin” reflects the tongue-in-cheek tone of this mini-series written by David M. Booher and drawn by Claudia Balboni. Alex and Max are intergalactic mercenaries on the run from Bieti, their former boss (who looks like a monkey and wears a jetpack), after stealing his ship. They get hired for a rescue mission — no killing required — assuming they can pull it off undetected. That might not be so easy: The job was arranged by Alex’s ex-girlfriend, and Max is often distracted by his latest male conquests. Bieti, in his rainbow-colored replacement ship, will also do his best to thwart them.

This middle school graphic-novel memoir by Damian Alexander is about being different, which can make school a painful experience. Damian’s mother is dead, and his father is absent. He does not gravitate toward traditional boyhood activities. Damian begins his first day of seventh grade in a new town and vows to be silent in the hopes of avoiding some of the bullying he’d experienced in the past. He reasons, “If I never spoke with anyone, I couldn’t get hurt, right?” Damian learns to accept himself, and find his tribe.