Life’s a beach, but love isn’t — especially on the 90 Day Fiancé spinoff Love in Paradise: The Caribbean.

Aryanna, who, with Sherlon, makes up one of the four couples featured on this 90 Day Story, met her beau while on vacation in Jamaica. After a brief fling with the tour boat operator, the Illinois native was surprised to find out she’d gotten pregnant.

“It was exciting, but it was definitely more of, like, a nervous feeling at first,” Aryanna told Us Weekly exclusively ahead of the show’s Sunday, July 18, premiere. “I had a lot going on in my life at that time, so it was really nerve-racking.” 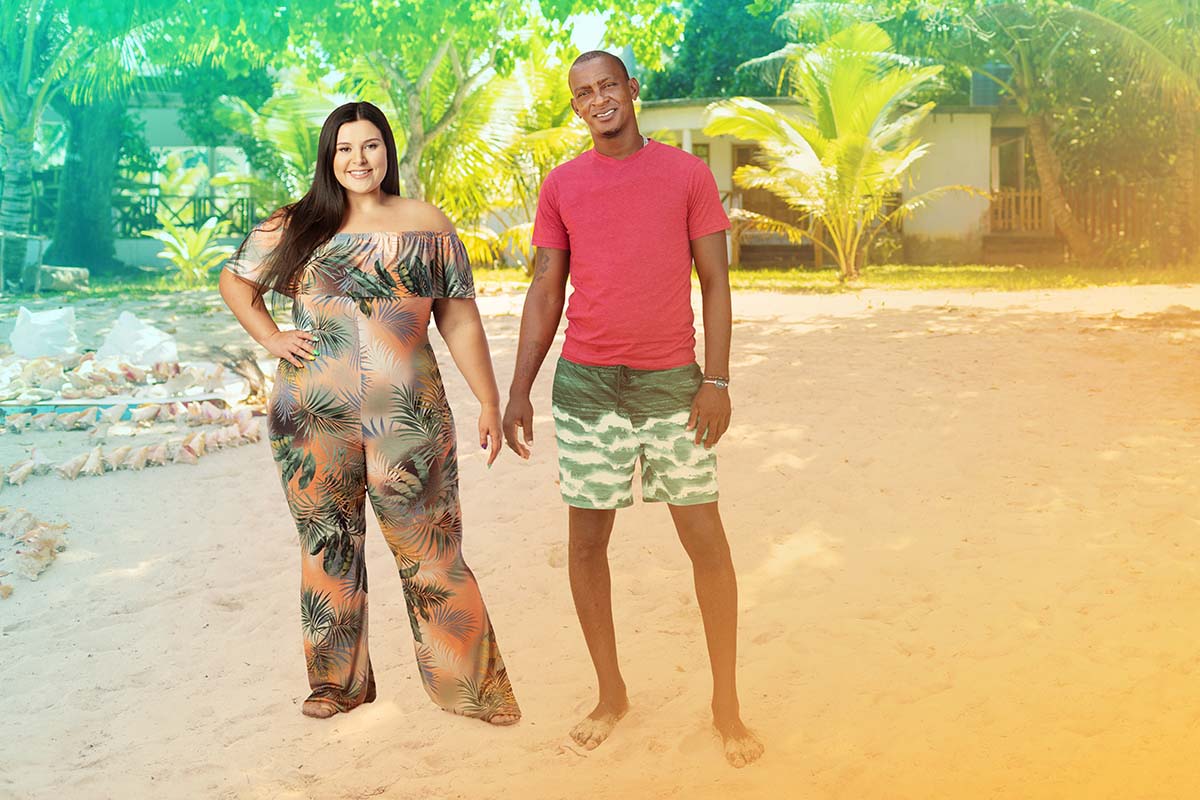 When Love in Paradise picks up, Aryanna is six months pregnant and heading back to Jamaica to see if Sherlon would be willing to move to the United States and marry her. She advised viewers to tune in and find out what happened but noted that she felt strongly for Sherlon before she found out she was pregnant.

90 Day’s Jorge Nava Reveals How He Lost 133 Lbs: Before and After

“When we had first met, you know, my full intention was to be with him and to definitely pursue a relationship,” she told Us. “That was how I felt about him instantly when we first met. .. The rest, you guys will just have to see how it plays out.”

In the teaser for the show, fans — and Aryanna’s own family — latched onto the fact that Sherlon worked at a swingers resort in addition to running his family’s boat company. According to Aryanna, though, this wasn’t a deal-breaker.

“I thought it was really funny at first,” she told Us. “We had heard of the place before and would crack jokes about it and things like that. And then [to] meet someone who actually worked there? We had a lot of questions. … I mean, we had an idea of the kind of things that go on there, but wanted to know, like, what it was like or what kind of things has he been into there. We were asking him a lot of questions from the beginning.”

Aryanna said that Sherlon answered her and her family’s questions “to an extent” but didn’t get specific about the tales he told. “He’s worked there for a long time, so he would tell us some stories here and there — some crazy stories,” she explained.

If Sherlon ultimately does decide to move to the U.S., Aryanna has hopes he might alter his career path. “That’s definitely a question I’ve wondered myself. Like, what kind of job would he have or what he might do,” she shared. “He probably wouldn’t find anything around here similar to what he did or what he does in Jamaica. … However it goes — hopefully, hypothetically, if that happens — I think we’ll have to go a different route.”