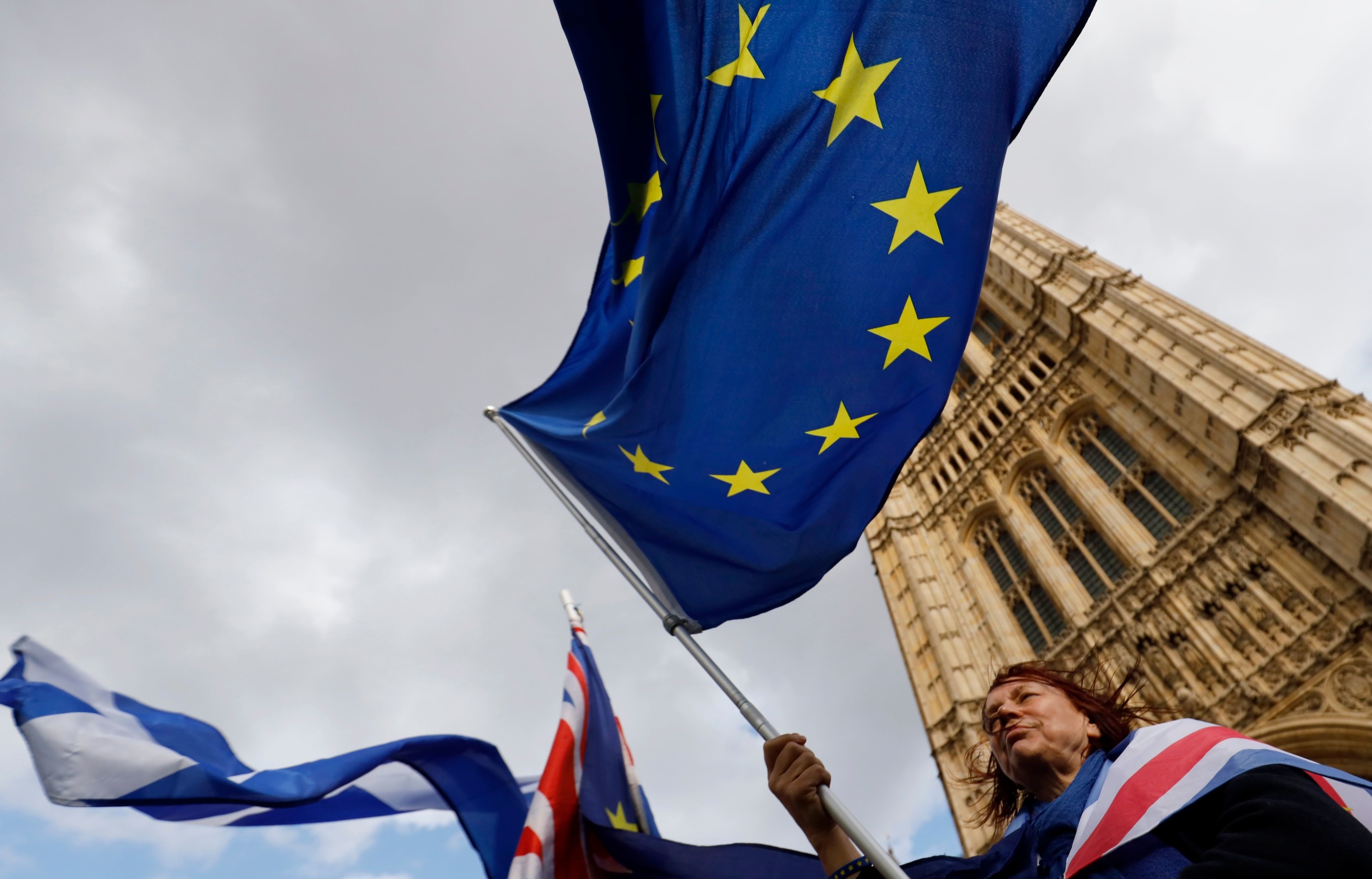 An anti-Brexit protester holds an EU flag as they demonstrate outside the Houses of Parliament in London.

A government campaign telling EU citizens what they have to do to stay in the UK after Brexit has been banned by the advertising watchdog for being “misleading”, BuzzFeed News can reveal.

On a series of radio adverts which aired in April this year, EU citizens living the UK were told they only had to provide passport details to apply to the government’s EU Settlement Scheme.

“All you need is your passport or ID card and to complete an online form,” the advertising campaign said.

But in an embarrassing development for the Home Office, the Advertising Standards Authority — the official regulator of adverts in the UK — ruled the government’s advice is “misleading” because many EU citizens have been required to provide more than just passport details.

The ASA ruled that the government advert breached the advertising code on two counts of “misleading advertising” because it “did not make sufficiently clear that, in some cases, applicants would need to supply documents beyond their passport or ID card”.

In its submission to the ASA, the government conceded that “it was not possible to include all aspects of the application process in a short ad”.

But the ASA rejected the government’s position and ruled: “The ad must not be broadcast again in the form complained about. We told the Home Office to ensure they made sufficiently clear that some applicants to the EU Settlement Scheme would need to provide additional documents beyond their passport or ID card.”

The government’s EU Settlement Scheme has faced criticism in recent weeks after it emerged that two million EU citizens living in the UK have yet to register.

Labour leader Jeremy Corbyn has said that the decision by Boris Johnson’s administration to end free movement on October 31 could create a situation like “Windrush on steroids”.

“We completely disagree with ASA’s decision. The campaign was factual and complied with all necessary clearance processes for radio advertising.

“The campaign has had a positive impact and encouraged more than one million successful applications so far.

“The Scheme is free, straightforward and EU citizens and their family members have plenty of time to apply. All they need to apply is their passport or ID card and to complete an online form.”

Alex Wickham is a senior reporter with BuzzFeed News and is based in London.