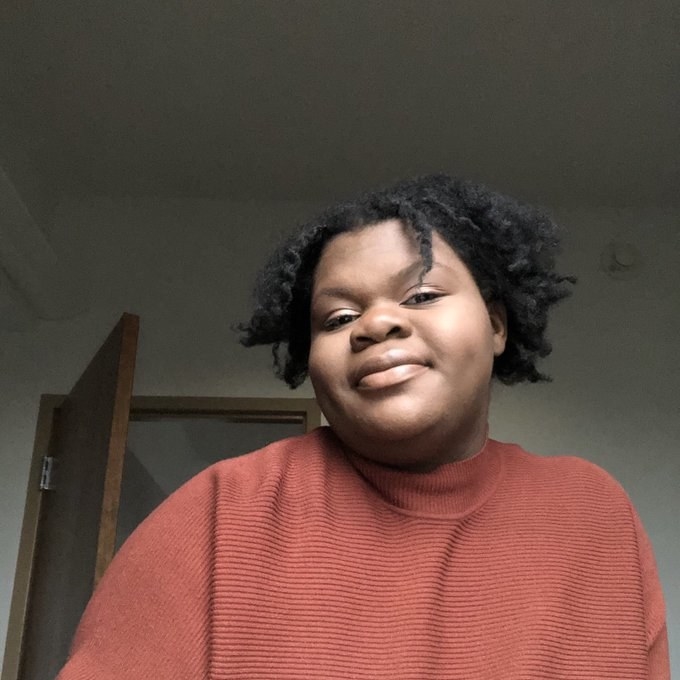 Arletta is a 21-year-old from Virginia who just graduated from college and is starting a master’s degree program in the fall. She is also a huge K-pop fan.

Arletta told BuzzFeed News she first got into the genre in middle school, and now has a long list of groups she casually listens to frequently. Just some of her favorite artists are BTS, Seventeen, GOT7, MONSTA X, SHINee, NCT, EXO, ATEEZ, Twice, IU, and Chungha.

However, she started to realize something was missing in the stan community: a place for plus-size fans like herself to be celebrated. So, she and other plus-size fans decided in a group chat to do something about it. Last week, they started a hashtag aimed at uplifting plus-size K-pop fans called “#BigKpopBitches.”

Many K-pop fans participate in what they call “selca days,” during which a fan posts a selfie of themselves alongside a photo of their favorite member of a K-pop group. Across most K-pop fandoms there are different days of each month dedicated for “selca days” for each fandom.

According to Arletta, when she scrolled through the hashtags, she “noticed that a lot of the top ones were all, like, skinny people.”

Arletta said she wanted to create something to highlight plus-size fans specifically, as she noticed they weren’t really represented when she checked the hashtags that already existed.

She said: “I even went to check the other fandoms’ selca days like nctzens, carats, orbits, ahgases etc. And like, don’t get me wrong, I still think it’s a good thing but while I’m pretty comfortable in my body, even I hesitate in participating in those days ’cause I’m not seeing people who are big like me.”

Arletta said that even the “selca days” dedicated to black fans made her feel left out. “Even as a black woman I went to go check the blackout selca days and it was still skinny or people with desirable bodies,” she said.

Her starting the hashtag wasn’t a whim. She said she thought about it for a while and then decided to create an inclusive way for K-pop fans to share photos.

Arletta said she wanted her hashtag to encompass more than the specific K-pop fandom people belonged to, instead giving plus-size people a space where they feel seen and represented. She got some help from her friend Ta’Chyna, who came up with the hashtag’s name.

She felt that speaking out was important “especially in K-pop, where idols gain a little bit of fat on their cheeks and are called out by antis for being fat when it’s probably healthy weight.”

Arletta said she spoke to her group chat that’s all plus-size girls and they brainstormed the idea. She said on the day of the hashtag she was a little worried about the response that they might get.

She said: “….while I’m fine with getting fatphobic comments, I didn’t want anyone else to get them and feel bad but luckily it doesn’t seem like anybody did.”

People really liked the hashtag and participated on the day. Arletta said she was caught off guard because the responses were all positive and people had told her it made them feel more confident about themselves.

“Some people were just happy to see it cause they had seen a rise in hate towards plus-size people recently,” Arletta said. “A lot of other people that participated said that they had never received so many compliments in their life and it was just a really positive time for them.”

Her friend Ta’Chyna (@keys_bum), who is in her group chat and came up with the name for the hashtag, told BuzzFeed News she is also a plus-size girl and thought that it was important to have representation. She said she encouraged Arletta to start the hashtag.

“When people started posting their pictures, I was so happy to see so many big girls be happy about their size and realize and understand that the tag is a safe space,” she said. “Completely judgement free, there was nothing but support from everyone and I think that was my favorite part about it all.”

Ta’Chyna said she hopes the hashtag will be monthly, like the other selca days.

Twitter user @ultshope, who goes by Moon, is also in the group chat and said she loved the hashtag too. She said: “I thought it was very supportive to us bigger fans.”

She also participated and said she was surprised at the love she got from people.

“Usually some people are mean in hashtags to people because they are different but I got nothing but love and support and gained new friends,” she said.