A low-level Instagram influencer killed his girlfriend and posted photos of her body on social media sites, police said.

Brandan Andrew Clark, 21, allegedly killed fellow influencer Bianca Devins, a 17-year-old from Utica, New York, in his car and, according to police, posted photos of the body to Instagram, 4chan, and Discord.

A spokesperson for the Utica Police Department told BuzzFeed News that Clark was also posting photos to Instagram Stories as officers held him at gunpoint.

Clark, who told officers he was going to harm himself with a knife, is being treated for his injuries and expected to survive.

Clark was known as @yesjuliet on Instagram, where he had a relatively small following of around 3,000 followers. Leading up to the alleged attack, Clark posted a picture from the movie Fight Club and then a photo from his car, captioned, “here comes hell. It’s redemption, right?”

Clark’s account mostly mostly contained content about emo and metal music, selfies, and photos of him working out.

Then on Sunday morning, he posted a photo of a bloodied body with the caption “I’m sorry Bianca.”

Sunday night, as BuzzFeed News reviewed Clark’s Instagram, the photo of Devins’ body was still up and had been put behind a sensitive content filter.

Hours after news broke on social media of Devins’ killing, users began flooding both Clark and Devins’ profiles. Hundreds of accounts began posting in the comments that they were hosting photos of Devins’ body and asking people to follow them.

Other users claimed it was all a stunt organized by Devins and Clark to gain more followers.

Devins’ account, which was still active as of Monday morning, had around 6,000 followers at the time of her death, and she was commonly referred by her followers as an e-girl who mostly posted about anime, video games, and fashion.

On her account on the question and answer platform, tellonym.me, the 17-year-old said she was planning to start community college and major in psychology.

The Utica police spokesperson said they’re trying to contact the various platforms that Clark used to share photos of the alleged attack.

Clark was an active 4chan and Discord user, where people began sharing the photos of Devins’ body on Sunday. In one 4chan thread, users asked for specs on what kind of knife was used in the attack. In another thread, users posted Devins’ address and argued about whether the photos were real.

According to Utica police, the couple had just attended a concert together and were in a relationship. 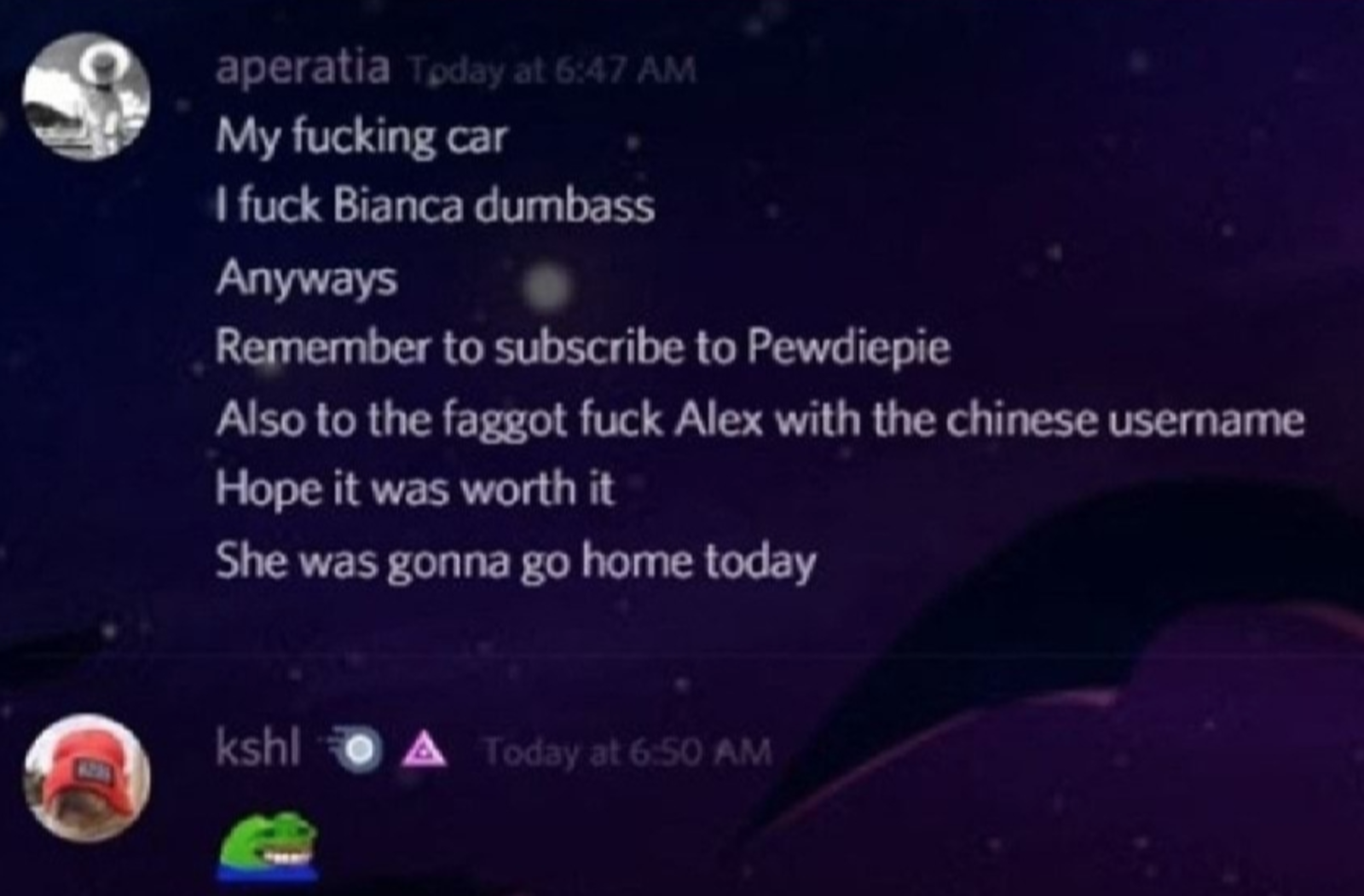 After the attack, Clark allegedly logged on to Discord under his username “aperatia” and posted a photo of Devins body, writing, “sorry fuckers, you’re going to have to find somebody else to orbit.”

The phrase “find somebody else to orbit” is a reference to the men’s rights movement and its red pill theory’s concept of “beta orbiter,” which describes low-value men that spend time with women they’re secretly in love with.

In a followup message on the same Discord server, according to screenshots viewed by BuzzFeed News, Clark wrote, “anyways, remember to subscribe to Pewdiepie.”

Another user replied to him with an emoji of Pepe The Frog laughing.