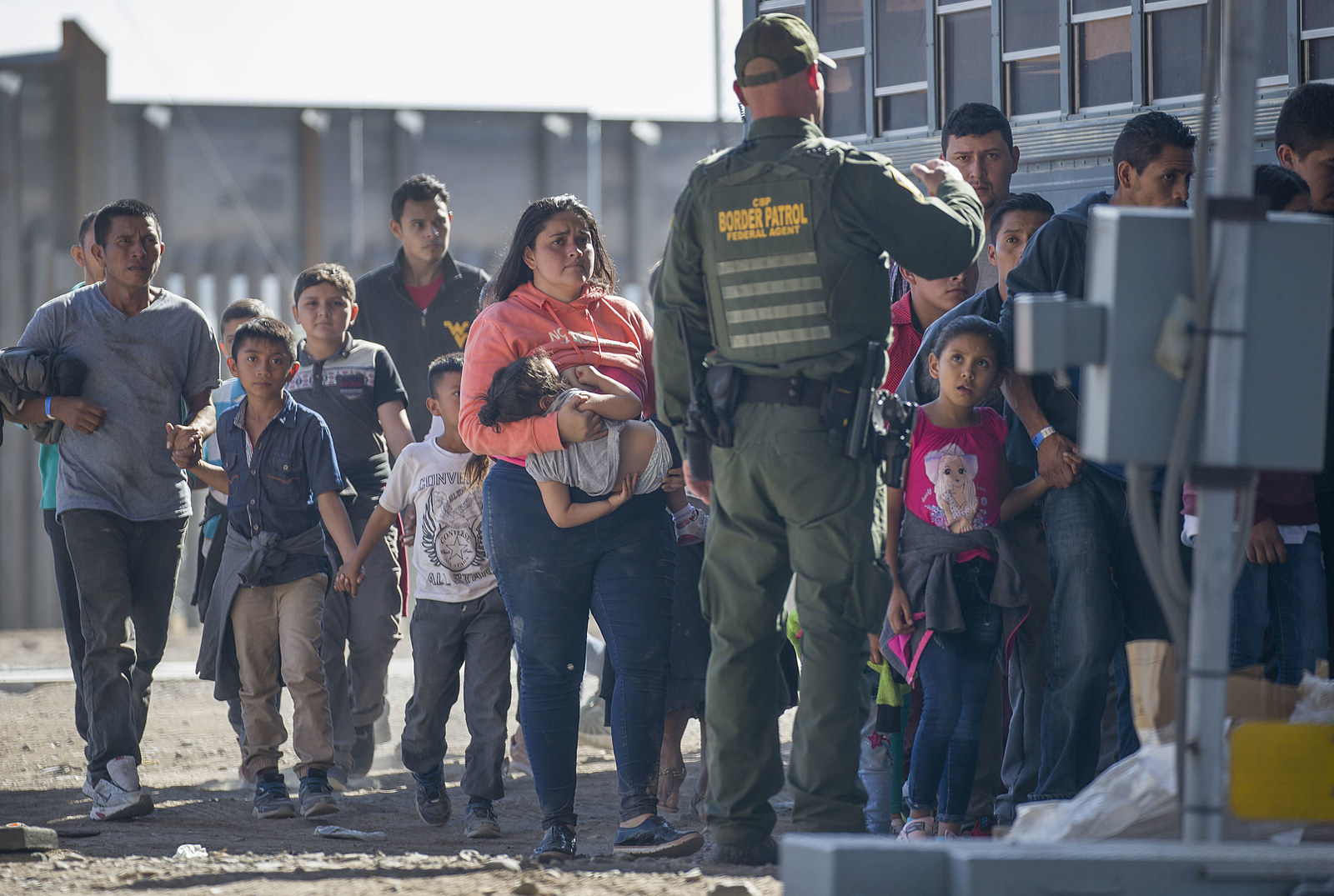 Immigrants are loaded onto a bus by U.S. Border Patrol in El Paso, Texas, an area where people frequently turn themselves in to Border Patrol and ask for asylum after crossing the border.

WASHINGTON — Rep. Anthony Brown and other Democrats are planning to introduce legislation that would ensure “vulnerable populations” seeking asylum receive legal representation in their immigration cases, as President Donald Trump continues to crackdown on immigration to the US.

The proposed bill, provided in advance to BuzzFeed News, would guarantee legal counsel for asylum seekers under age 21 and seniors older than 60, those who identify as LGBTQ, pregnant and nursing individuals, and those with special religious considerations.

The Equal Justice for Immigrants Act of 2019 would also allow asylum applicants to stay in the country throughout their court proceedings. Under the new $720 million proposal, only US Citizenship and Immigration Services employees would screen applicants, reversing a recent Trump administration decision to train Customs and Border Protection agents to conduct credible fear interviews.

The bill will be unveiled publicly later Tuesday, a day after the administration doubled-down on its attempts to restrict immigration by announcing that the US will end asylum protections for people traveling from South and Central America through Mexico trying to enter the United States. The new regulation would require people to seek asylum in the first country they embark on outside of their own, barring asylum for any who enter a third country en route to the US.

“President Trump’s immigration policy — separating families and utilizing mass detention and deportation — forces migrants into an increasingly broken and politicized immigration legal system where they often denied their due process rights,” Brown wrote in a letter to fellow House Democrats seeking support for his legislation. “We must provide fair and just treatment to all people within our borders.”

The bill had seven co-sponsors as of Monday evening in the House, according to Brown’s office, though it’s unlikely to go anywhere in the Republican-controlled Senate. So far, Reps. Adriano Espaillat of New York, Darren Soto of Florida, Bobby Rush of Chicago, Jim McGovern of Massachusetts and Hank Johnson Jr. of Georgia, Juan Vargas of San Diego as well as Washington, DC, Del. Elenor Holmes Norton, are co-sponsoring the bill.

The proposal comes after Trump said he had ordered sweeping ICE raids last weekend with plans to target immigrant communities in major cities throughout the country. But few arrests took place and many immigrants stayed home to avoid interactions with ICE. Trump administration officials blamed news reports that instructed communities on how to avoid ICE agents and authorities said more arrests will follow, according to a New York Times report.

“Migrants that are coming to this country have the opportunity, the right, to claim asylum and they are treating them like animals,” Brown told BuzzFeed News Monday.

In a statement, Brown added, that “the President’s attacks on America’s immigrant communities are more effective when people in our broken immigration system do not have a guaranteed right to counsel.”

While the right to a court-appointed lawyer in criminal cases was established in a seminal 1963 decision from the US Supreme Court, Gideon v. Wainwright, efforts at securing that same right for immigration cases in which individuals can’t hire their own attorney haven’t been successful.

Some local jurisdictions have successfully pushed to cover right-to-counsel programs, however, including Prince George’s County, Maryland, which is in Brown’s district, as well as New York City. Programs like New York Immigrant Family Unity Project and Immigrant Children Advocates Relief Effort that provide free legal counsel have helped improve the chances of people seeking asylum in the country, Redmond Haskins of The Legal Aid Society in New York City.

“Before NYIFUP there was a 3% chance for folks who represent themself pro se to win in court, and now it’s like a 50% chance [they will win] now that they have that counsel,” said Haskins.

The American Civil Liberties Union had sued to ensure that children seeking asylum could get court-appointed lawyers nationwide, but that case was dismissed late last year by the US Court of Appeals for the 9th Circuit. In an earlier opinion in that case, Judge Margaret McKeown argued that it was up to Congress and the executive branch to act.

“Congress and the Executive should not simply wait for a judicial determination before taking up the ‘policy reasons and … moral obligation’ to respond to the dilemma of the thousands of children left to serve as their own advocates in the immigration courts in the meantime,” McKeown wrote. “The stakes are too high.”

The 9th Circuit didn’t address the core question of whether children have a right to an appointed lawyer in immigration cases. A federal judge in Seattle ruled in 2015 that part of the case could go forward, but a three-judge 9th Circuit panel dismissed it in September 2016 after finding that federal law required children to first raise any attorney access issues in individual immigration proceedings. Assuming they lost, children could then appeal to a federal appeals court. Advocates argued children wouldn’t be able to do this, given the complexity of deportation proceedings.

The full 9th Circuit voted in November 2018 not to reconsider the case. Five judges dissented. The three-judge panel “shut the courthouse doors on [the children],” Judge Marsha Berzon wrote for the dissenting group.

“These children present weighty constitutional issues that may determine their ability to remain in the United States or be returned to countries in which they face serious danger. The law requires that we at least hear them out,” Berzon wrote.

The ACLU considered petitioning the US Supreme Court to take up the case, at one point asking the court for a deadline extension, but ultimately decided not to. Ahilan Arulanantham, an ACLU attorney working on the case, declined to comment on that decision.

Brown said he took pride in the pro bono work he did when he was a practicing attorney and talked about the importance of having legal representation. “To the extent that anybody in the United States of America regardless of their status is entitled to certain legal rights, the rights and your ability to exercise those rights are meaningless without the assistance, often, of an attorney who can explain to you what those rights are,” he said.