The first look at the highly-anticipated programme, which will take viewers behind the scenes of the lives of the Duke and Duchess of Sussex landed on Thursday.

The couple has been working on the bombshell series since quitting the Royal family and moving to the US, with Meghan saying in the minute-long teaser:  ‘When the stakes are this high doesn’t it make more sense to hear our stories from us?’

On Friday’s This Morning, Alison, 47, and co-host Dermot O’Leary, 49, replayed the clip of the show before launching into a discussion about Meghan, 41, and Prince Harry’s, 38, decision to sign up for the streaming platform’s show.

Before airing the teaser, Alison, who shot to fame on Big Brother, said: ‘I am excited. I can’t wait.’

After the clip ended on Meghan revealing her desire to share her story with the world, Alison remarked: ‘Yes, Meghan I want to hear the story, everyone wants to hear it.’ 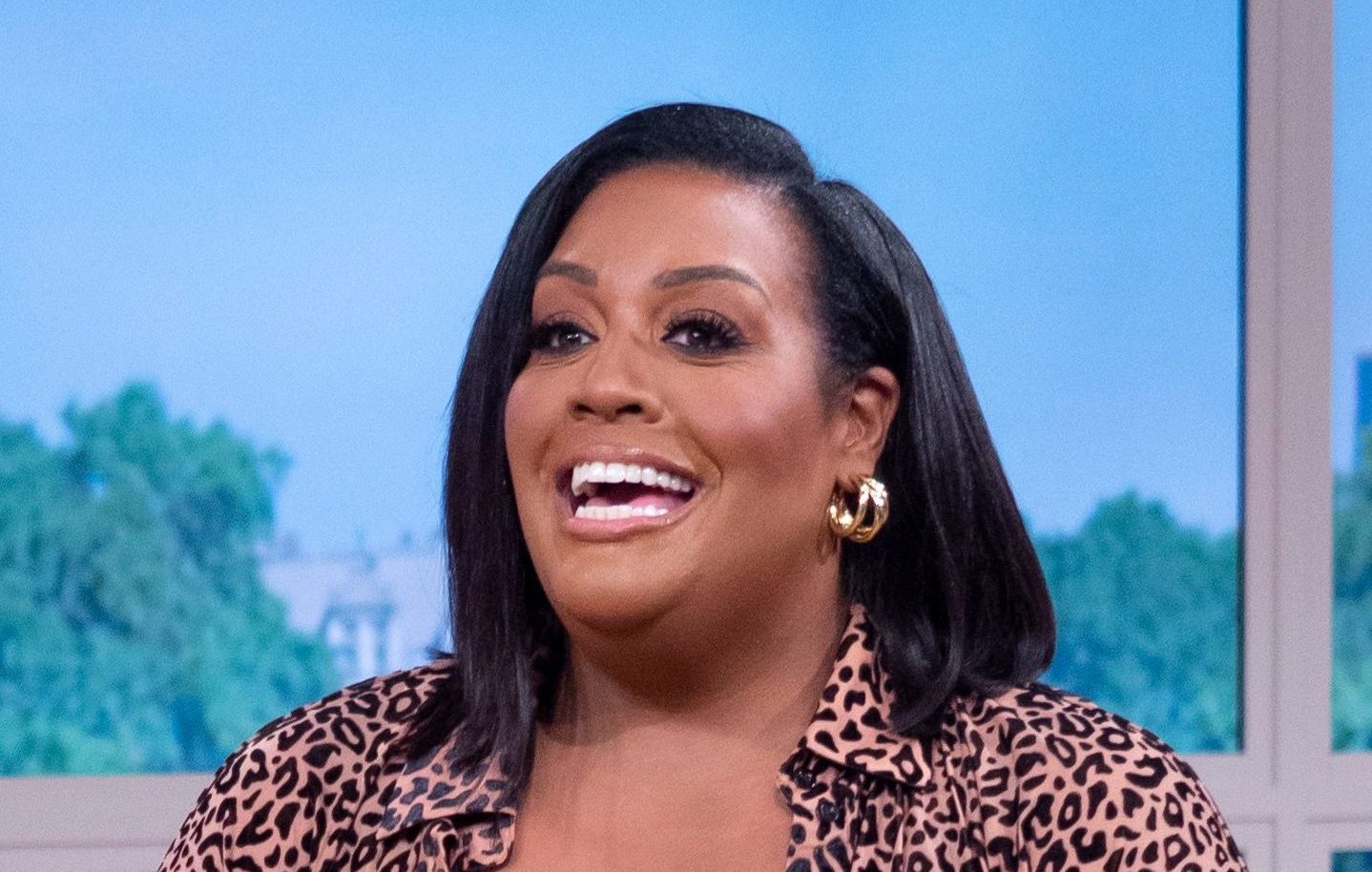 Gyles Brandreth continued the discussion and said he had questions about why the couple would agree to the production having previously expressed a desire for privacy and to live their lives.

But Alison leapt to their defense, telling Gyles, 74, that pursuing a media career freely was exactly ‘what they were doing.’

The beloved TV presenter, who was nominated for an NTA this year, then went on to express her puzzlement over the backlash against the documentary.

Also in the trailer, which is filmed in black and white, Harry states: ‘No one sees what’s happening behind closed doors…I had to do everything I could to protect my family.’

It also includes several previously unseen, intimate snaps of the couple, who were married in May 2018 at Windsor Castle and who now have two children together, Archie and Lilibet.

In the least surprising news of the year, Piers Morgan, who has been a vocal critic of the couple and stormed out of Good Morning Britain after being grilled about his views, recently slammed the teaser trailer.

Re-sharing the trailer posted by the Netflix Twitter account on his own profile the 57-year-old remarked: ‘OMG. This is already vomit-inducing,’ alongside a row of vomiting emojis.

He then added in a follow-up tweet: ‘Imagine bleating about privacy then doing a kiss-and-tell reality series about your private lives? Then imagine preaching compassion as you trash your family again?