Alison Hammond is in full celebration mode after ‘finally’ winning an award for her presenting skills after losing out at the National Television Awards.

The TV icon bagged an award at the 2022 Ethnicity Awards in partnership with Metro, after being nominated alongside the likes of Clive Myrie and Charlene White.

Speaking about her win on This Morning today, Alison began: ‘I’ve finally got an award everyone!

‘Obviously we’re not defined by awards and trophies in life but today I am defined by it, I’ve got a trophy which means I’m a good presenter.’

She thanked her This Morning team, saying she ‘couldn’t have done this without you darling’ to co-host Dermot O’Leary, and adding that she wouldn’t be hear without all the crew who work behind-the-scenes.

Alison also added that the award ‘would have meant an absolute pleasure to my mum,’ saying that her late mum ‘was with [her]’ at the ceremony last night. 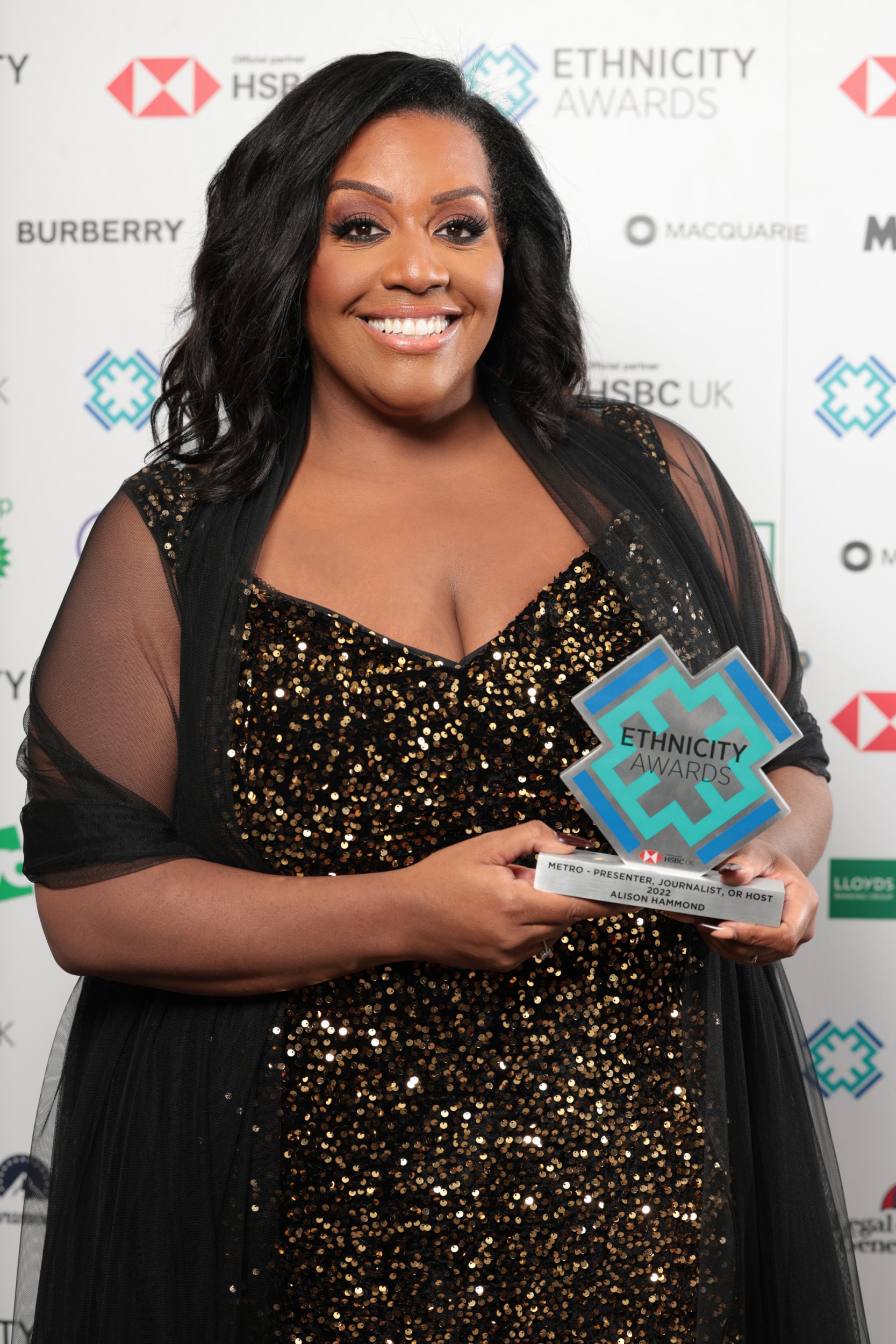 ‘I know, I felt her there,’ Alison added, paying tribute to her mum who died in 2020 from liver and lung cancer.

This comes after Alison missed out on the best presenter award at the NTAs, after going up against comedy duo Ant and Dec, who have now won the award for an unbelievable 21 years in a row.

But, despite Ant and Dec bagging the award, with Stephen Mulhern on hand to accept it on their behalf, Alison actually thought she’d heard her name, and beaten their streak.

‘I thought I heard my name, how embarrassing was that!’ she laughed.

Alison was speaking exclusively to Metro.co.uk at the Ethnicity Awards, with Metro partnering up with this year’s biggest Black, Asian, and ethnic minority red carpet event in the UK.

‘I knew Ant and Dec were gonna [win],’ she said, adding: ‘I actually voted for Ant and Dec, I thought it would be really big-headed if I voted for myself.‘

She went on to say she voted for them because she ‘absolutely loves’ them, labeling them ‘icons.’

Ethnicity Awards 2022: All the winners

‘I never really dream that big, and just to be in the nomination was unbelievable. To be voted into that – I was the only woman there. It was lovely.’

This Morning airs weekdays from 10am on ITV.