It seems like everyone has been trying their hand at the iconic Barbiecore trend, from showstopping red carpet looks to talk show appearances. Now, if your eyes have been glued to the red carpet scene like ours have been, then you know Angela Bassett has been killing it every single time.

From her velvet, ruffled mermaid gown from Christian Siriano at the Critics Choice Awards, the white Elie Saab power suit for the BAFTA Tea Party, to the halter silver Pamella Roland dress at the Golden Globes; we’re only three weeks into 2023 and Bassett has stolen the show every time.

While we adore her elaborate gowns, we’re seriously obsessed with the hot pink power suit she rocked for the Late Late Show. See the photos below: 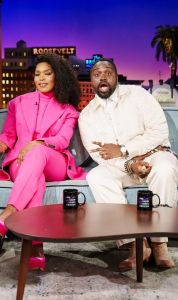 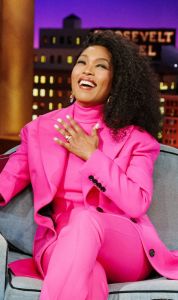 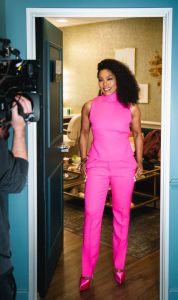 So along with being a confident superstar on and off screen, the Black Panther star is all about prioritizing self-care to live your best life. In a previous interview with Refinery29, she was asked what one thing she does every day for self-care.

“One thing? Breathe deeply. Actually, there are two things: Trying to go to bed at a decent hour and just trying to be grateful for everything,” she said. “Being grateful for everything that I have, and for others around me, and knowing that we all have something to add to this thing called life. And so I focus on not being selfish, but grateful.” 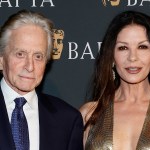