After a tumultuous year battling ex-husband Brad Pitt over their divorce and child custody issues, Angelina Jolie is looking rather peaceful in her latest ELLE magazine cover for their November 2021 Women in Hollywood issue. She looks relaxed and stunning (and aging backward) in these new photos.

The photo shoot had her suspended over a pool while she just hung in the air and sipped some tea — and we have a feeling she has a lot of tea to dish. But it’s the gorgeous, sky-high image in a hammock while holding The Eternals comic book that has her looking so happy with where she is in life. We would probably be in a panic over being that high in the air, but Jolie looks breezy as she runs her hand through her hair and has a gentle smile looking into the camera. It’s like she has pushed the weight of the world out of her life and she’s entered a fresh stage of her journey — you can just feel the freedom. 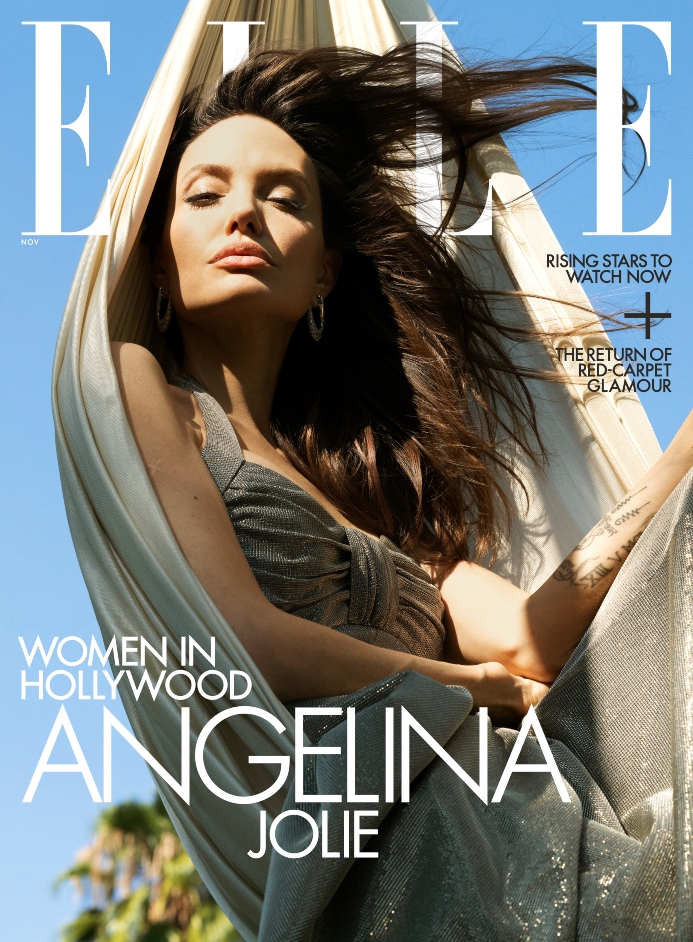 The Women in Hollywood issue honors her for her advocacy work with refugees, something she has championed since becoming a Goodwill Ambassador for the United Nations in 2001. She’s also celebrating her role in the female-centric The Eternals because she felt that she had the opportunity to get to know the “different strengths” of her co-stars, Salma Hayek, Gemma Chan and Lauren Ridloff. “Everybody came as themselves. Maybe there’s something to that, that the characters weren’t as far off [from ourselves],” she explained to ELLE. “I think there’s a secret that we don’t know that our director [Chloé Zhao] knows because if you look at her films, she casts a lot of real people as their roles and it shapes her films.” 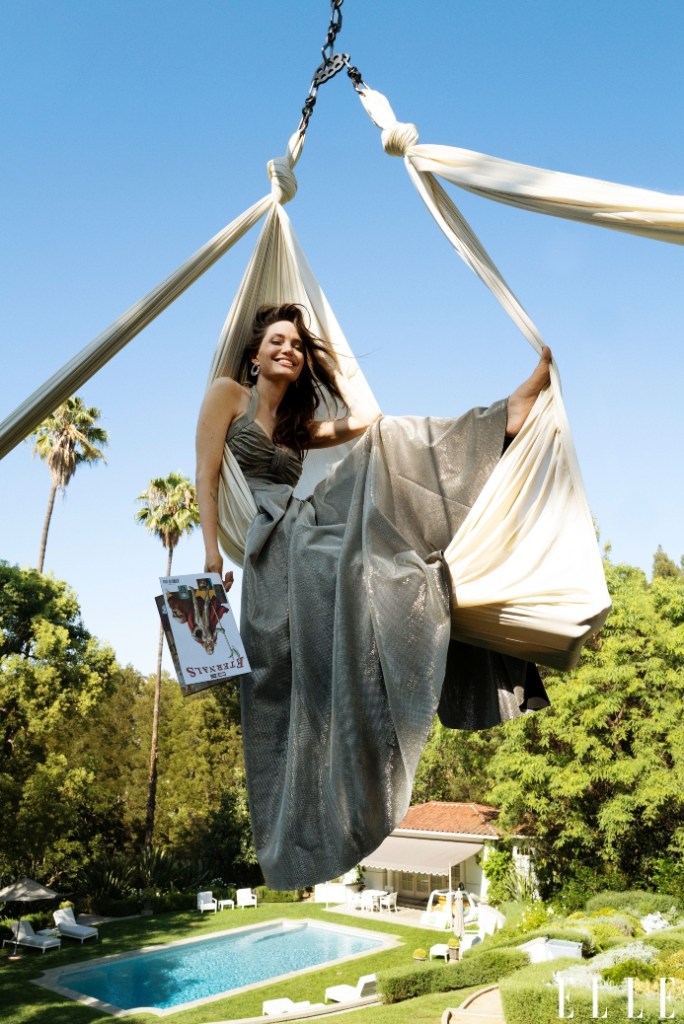 This almost feels like a renaissance for Jolie after all of her personal struggles. Zhao may see her inner strength — and we see it in those photos — but it sounds like the Oscar winner is rediscovering what that means for herself and for the next chapter of her journey.