Armie Hammer made headlines after the release of a series of unverified screenshots allegedly showing Hammer admitting to acts of sexual violence. His alleged exes have backed up these claims and shared that they were coerced, abused, and sexually assaulted by the star. The controversy surrounding Armie Hammer seemingly came out of the left-field, but a new Vanity Fair expose has highlighted the dark past of the Hammer family — and suggests that Armie’s downright disturbing scandal is just another chapter in the family’s long history of abuse. 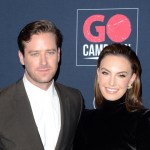 
Did Armie Hammer Leave a Tied-Up Mannequin in His Move Out of the Home He Shared with Elizabeth Chambers?

The piece, written by Julie Miller and titled “The Fall of Armie Hammer” chronicles his family line beginning from the early 1900s with the help of multiple unnamed sources, a biographer, and Armie’s estranged aunt named Casey. “Many men in the Hammer family have a dark side, sources close to the family say, one that looms across five consecutive generations,” Miller teases at the start of the lengthy profile.

Armand Hammer, who is the namesake of the family’s business empire, troubling past is perhaps best summed up by Vanity Fair by his second wife having once said, “[It] causes him no pain to see the sufferings of others.” With the support from Vladimir Lenin, who endorsed him to Joseph Stalin, Armand made a fortune by investing his third wife’s money in Occidental Petroleum.

In addition to possibly playing a role in the Watergate scandal, it’s also thought to believe that he had many mistresses and allegedly forced one of them to legally change her name, wear disguises, and satisfy “extremely humiliating” sexual demands.

While the disturbing sexual fantasies Armie has been accused of having can be traced back to Armand, the article also highlights a rumor that Armie’s own father Michael owns a seven-foot “sex throne” (or, as he apparently calls it, a “naughty chair”).

It’s critical to not use Armie’s family history as an excuse or justification of what the actor has been accused of. Nevertheless, his family history does give insight as to who Armie Hammer is today.

If you or someone you know has been the victim of sexual assault, harassment or violence, you can get help. To speak with someone who is trained to help with these situations, call the National Sexual Assault Hotline at 800.656.HOPE (4673) or chat online at online.rainn.org.