At just 12 years old, Xeo Chu is setting sales records with his colorful, abstract paintings, which are selling for more than $150,000 and are being compared to works by renowned American artist Jackson Pollock.

Now the seventh grade student from Vietnam is hosting his first solo exhibition, at the George Berges Gallery in Manhattan’s upscale SoHo neighborhood. The exhibition titled “Big World, Little Eyes,” which opened on Thursday and runs through Jan. 2, comes years after the artist who started painting at age 4 made his first sale.

“One customer came and bought my painting and I was really happy. That was when I was like 6. Yep,” Chu said.

Chu first picked up a paintbrush after begging his mother, who owns an art gallery in Vietnam, to allow him to paint with his older brothers.

“My mom told me I was going to have an exhibition in New York. So, I was like, ‘Oh, let’s make a big painting for this.’ That took like three months,” Chu said.

When asked what he likes about painting, Chu said: “The creativity. I can do a lot of things with a painting. I can choose, like what I would draw or what detail can I put in or what color. Stuff like that.” 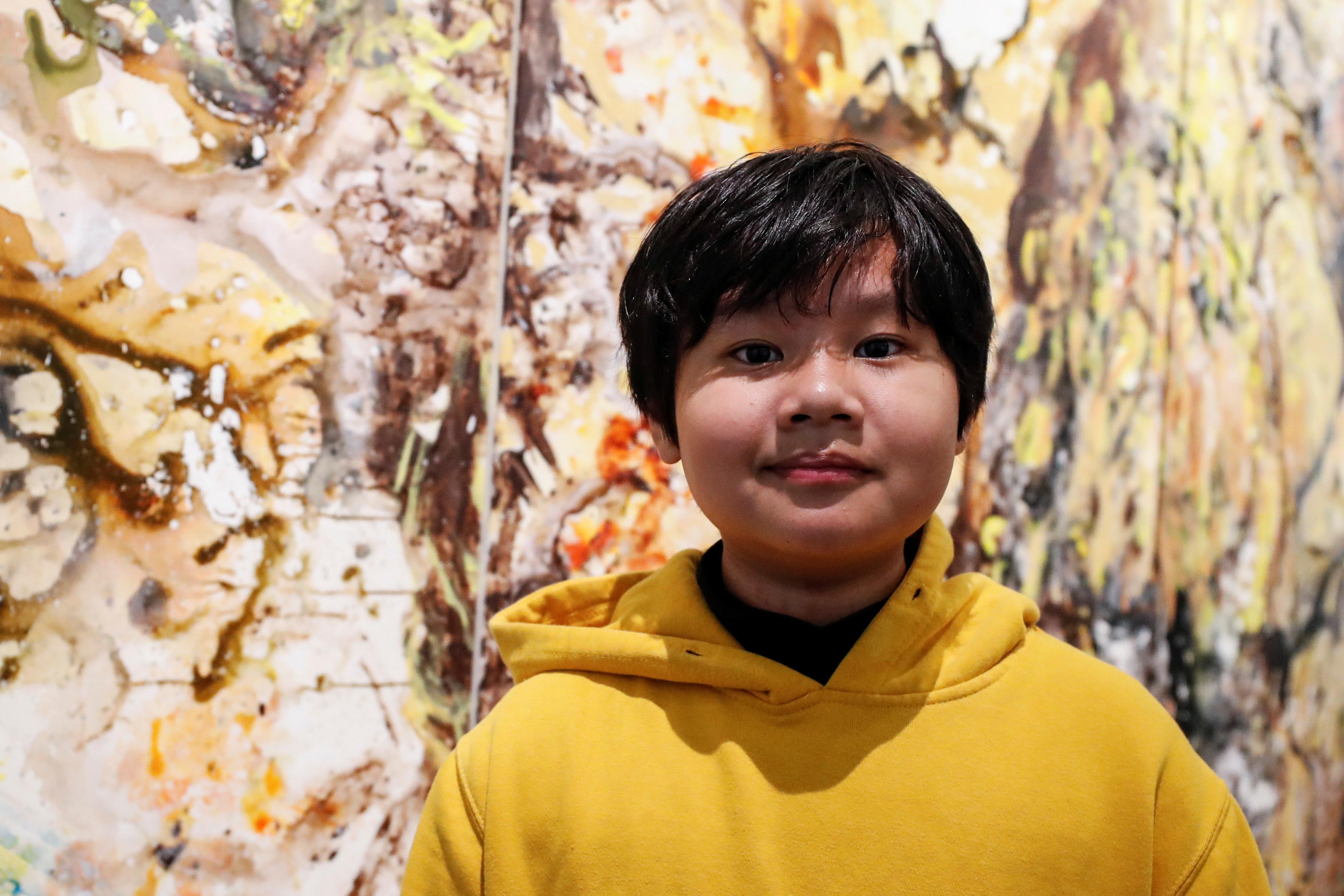 Chu’s work has been compared to Pollock, a major figure in the abstract expressionist movement of the 1940s and 50s. One difference, however, is that Pollock produced his most famous pieces at the pinnacle of his career, decades after his 12th birthday, said gallery owner George Berges.

Chu “is producing similar work at the start of his career. So, it’s very interesting to see where that’s going to head,” Berges said.