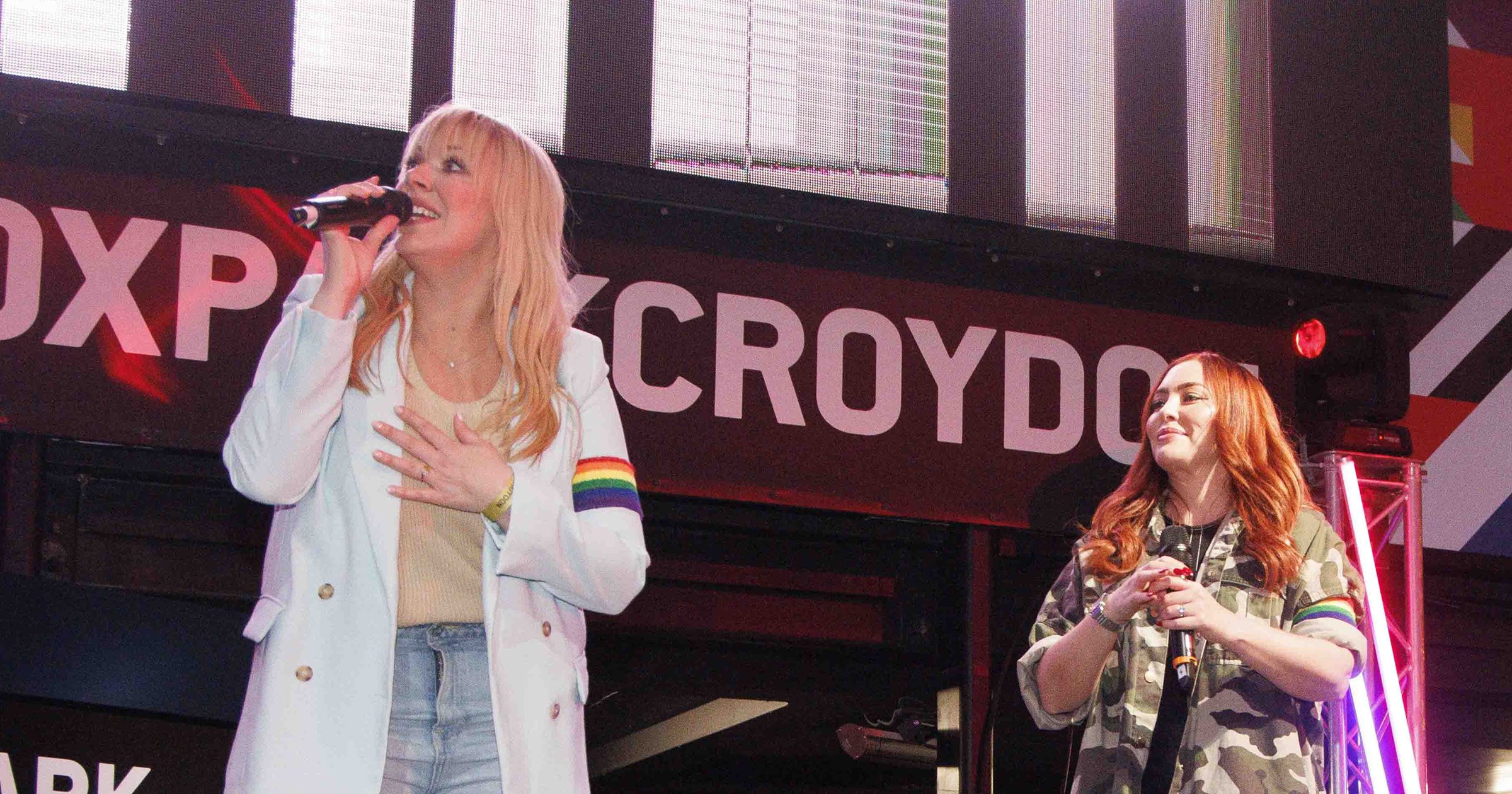 Atomic Kitten have shown their support for the LGBT community by wearing rainbow armbands during their World Cup performance in Croydon.

It comes after footballers including Harry Kane were told they would be booked if they wore the One Love armband during matches in Qatar, where same-sex relations are illegal.

Noughties icons Natasha Hamilton and Liz McClarnon took to the stage at Boxpark in Croydon to perform the football-themed version of their hit Whole Again, complete with a life-size cardboard cutout of England manager Gareth Southgate.

They performed their hit, which was originally released in 2000 and re-released last year for the 2020 Euros, ahead of England’s clash against Wales, which saw the Three Lions storm to a 3-0 win.

Natasha and Liz could both be seen proudly wearing the armbands as they belted out their iconic song.

Last year, the girls opened up to Metro.co.uk about their song getting a new life.

Liz explained: ‘This time three years ago, England were playing in the World Cup because I started being sent videos from three years ago with people singing the song.

‘People were singing it in a pub but it was quite tentative. Whereas fast-forward three years, everyone’s singing it! It’s kind of been a slow burner over three years, which is very bizarre to think.

‘It was the fans that changed the words and everyone was like, “You’ve got to sing it girls.”‘

A number of nations had stated their intention to wear the One Love armband in support of the LGBTQ+ community and to highlight Qatar’s archaic homosexuality laws in the process.

However, on the eve of the World Cup, FIFA threatened to book any players who wore the armband while there were even suggestions that officials could go into the dressing rooms before matches and strip captains of the armband.

Were England captain Kane to commit to wearing the OneLove armband in matches, he would face multiple suspensions in the tournament and therefore the Three Lions – and others – decided not to go ahead with the gesture.

A statement confirmed: ‘FIFA has been very clear that it will impose sporting sanctions if our captains wear the armbands on the field of play.

‘As national federations, we can’t put our players in a position where they could face sporting sanctions including bookings, so we have asked the captains not to attempt to wear the armbands in FIFA World Cup games.

‘We were prepared to pay fines that would normally apply to breaches of kit regulations and had a strong commitment to wearing the armband.

‘However, we cannot put our players in the situation where they might be booked or even forced to leave the field of play.

‘We are very frustrated by the FIFA decision which we believe is unprecedented – we wrote to FIFA in September informing them of our wish to wear the One Love armband to actively support inclusion in football, and had no response.

‘Our players and coaches are disappointed – they are strong supporters of inclusion and will show support in other ways.’