It’s been an emotional few months for Haley Stevens. The country singer recently opened up to Us Weekly about her relationship with Bachelorette frontrunner Jed Wyatt, whom she had dated until the day he left for filming. In a new podcast, published on Thursday, June 27, she finds out that other women have come forward, claiming Jed had actually cheated on her.

On an episode of the “Reality Steve Podcast,” the Sweet Leah singer explained that many people have reached out to her since she came forward with her story.

“I’ve had people that dated people on past seasons that reached out and said, ‘I didn’t have the nerve to come forward,’ or ‘I did and I got this hate, so I feel for you,’” she said, adding that one message was surprising and that it was someone Steve had also reported on, but she didn’t want to say names. “It’s not my story to tell.”

Steve then revealed: “She showed me everything. This was, I believe, 10 days before you left for the Bahamas [with Jed], he slept with another woman, and I have the text messages to prove it. And you didn’t find out about this until a week ago when she came forward to you.”

When you just trying hit up that dollar menu for a ?…but the line hella long. @mcdonalds #ay #gimmedat ???

With that, Haley chimed in confused, thinking they were talking about someone else. “Were you not aware that Jed was with another women 10 days before he went to the Bahamas with you?” Steve asked. She quietly responded, “Nope.”

The host continued, explaining how he had seen the timeline, which had coincided with Wyatt and Stevens’ relationship. While the Nashville singer said that women had come forward with claims that Jed had flirted, she hadn’t heard about any actual cheating. “I can only deal with so many things at one time. It’s a lot to tackle,” she said, beginning to cry.

Us Weekly spoke with the host following the podcast, who confirmed that he had seen the messages between Wyatt and another woman. 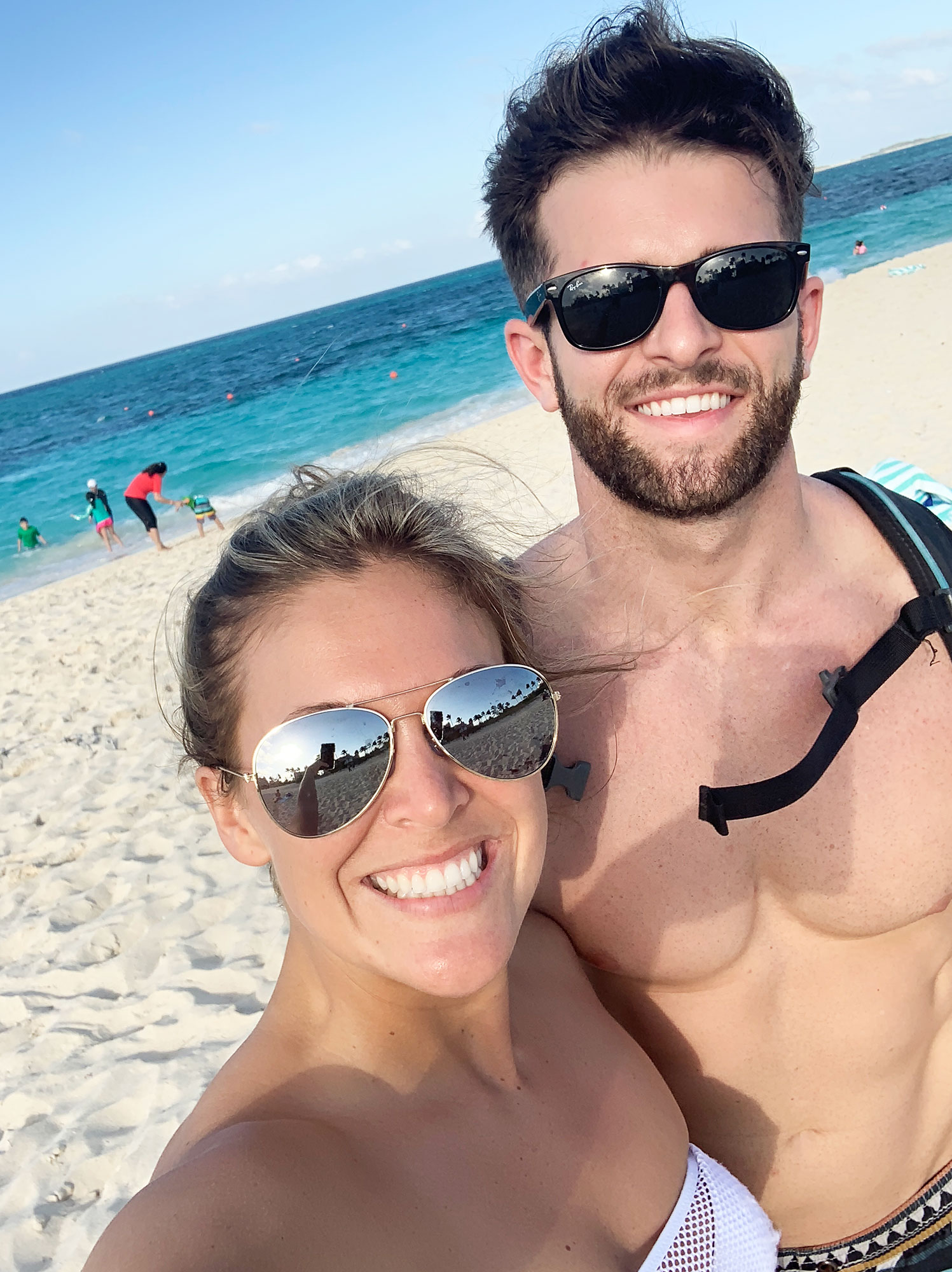 “I said that Jed slept with another woman 10 days before he was in the Bahamas with Haley. It was technically 17 days, February 3, to be exact,” he told Us. “I’ve seen the text messages. They are clear as day as to what happened, and I’ve spoken to her numerous times myself. I believe her story. She shared a lot … she had no idea about Haley or the show. Jed never brought either of those things up.”

When Stevens spoke exclusively with Us about her relationship with Wyatt, she explained that she had believed he was going on the show to help his career, then coming back to be with her. The day before he left, he texted her: “I love you! Don’t forget that. Everything is always working out.” In another text, exclusively obtained by Us, he wrote: “Everything about you feels so right. I love spending time with you, I love your voice, your hands, your eyes, your bod, your heart.” 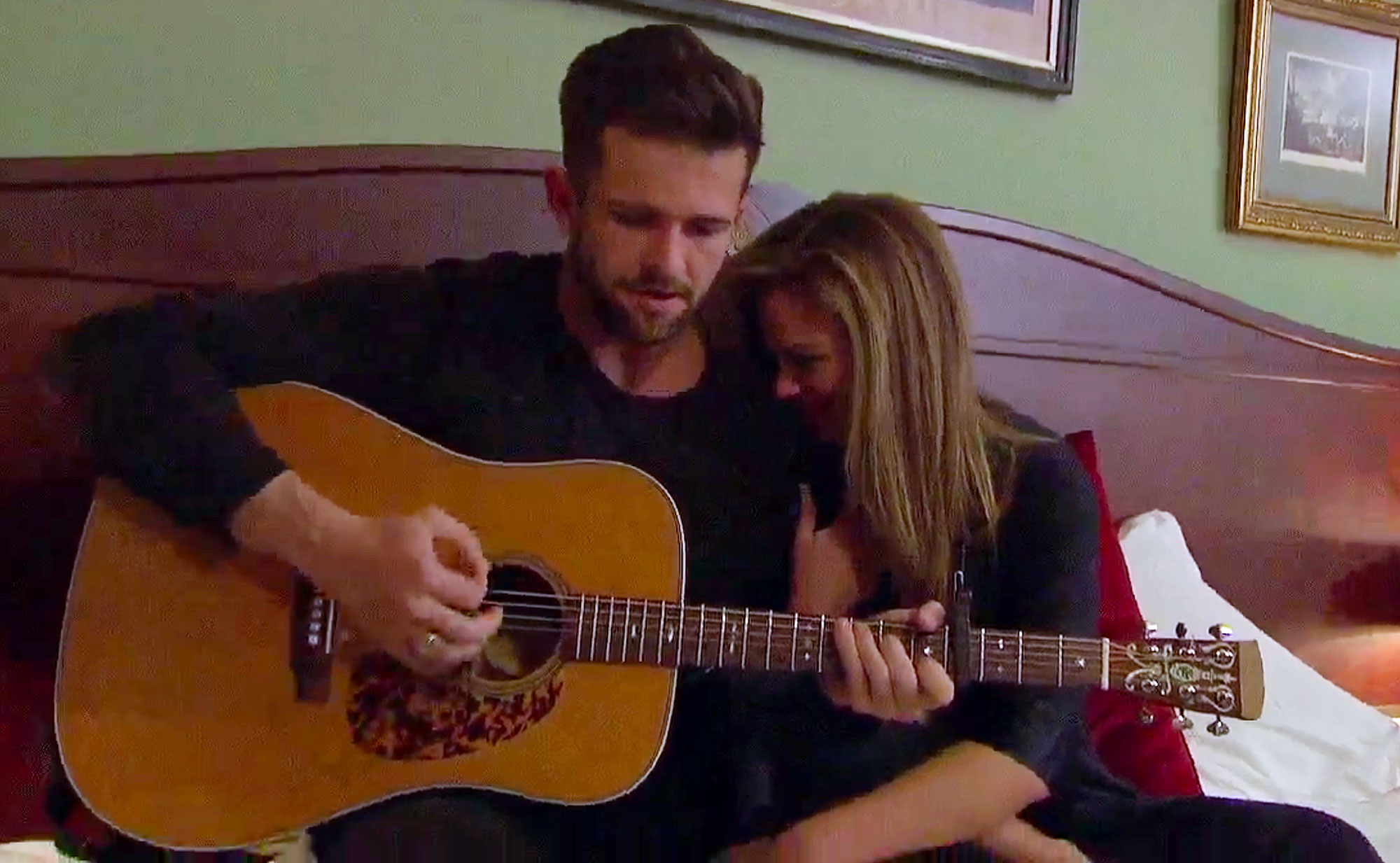 When Wyatt returned from filming, he never called Stevens, she claimed, and the two ran into each other at CMA Fest earlier this month, she shared on Monday, June 24. She wanted to speak to his family, who were there, but knew she couldn’t.

He then tried to call her, but she didn’t answer the phone: “At that point I’m like, ‘OK, you’ve been home for two weeks. You have no explanation for me. What are you going to say that’s going to make me feel better or that’s going to change any of this?’”