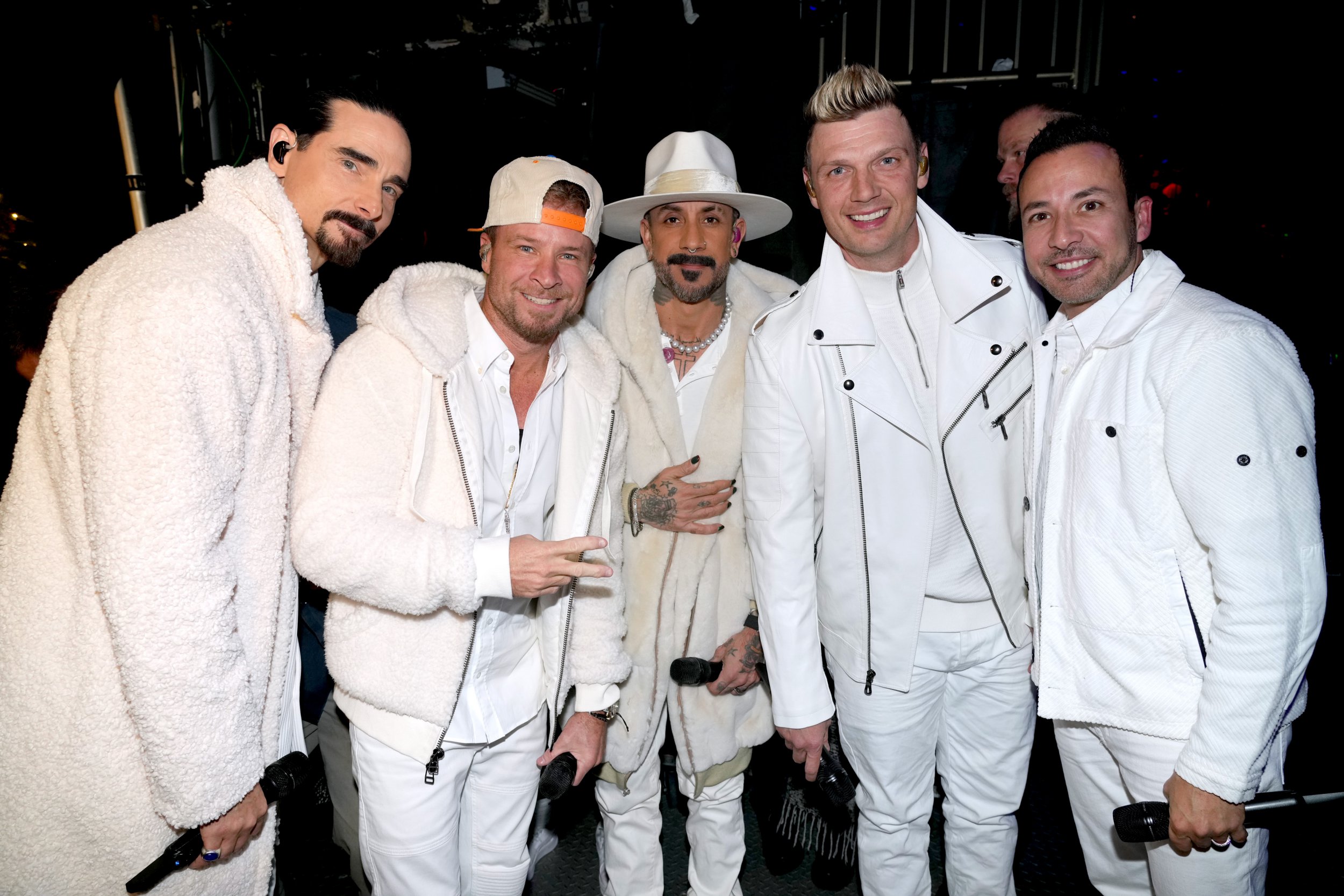 Nick Carter’s Backstreet Boys bandmates are showing their support for him amid his rape allegations.

The pop star, 42, was recently accused of sexual battery against a woman in 2001 after a concert in Tacoma, with Shannon Ruth filing a lawsuit claiming that he sexually assaulted her when she was 17.

Carter has denied the allegations against him, while Ruth – who is autistic and has cerebral palsy – reportedly states in her lawsuit that she contracted HPV, and is seeking damages for an unknown amount.

Meanwhile, AJ McLean, 44, who is part of the boyband along with Kevin Richardson, Brian Littrell, and Howie Dorough – recently showed his solidarity for the I Want It That Way singer.

McLean told TMZ, that the group ‘couldn’t be more solid’ amid the star’s legal woes.

‘We all stand behind Nick and we all fully support him,’ McLean said.

‘He’s doing as great as he can.

Last week, Backstreet Boys performed as a group for the first time since the allegations surfaced, taking to the stage at the Jingle Ball in Madison Square Garden.

The stars delighted fans with their hits and perfectly-timed choreography, with Carter seemingly putting the looming lawsuit to the back of his mind.

Legal documents obtained by TMZ claim Carter invited Ruth to his tour bus in the early 2000s and asked if she wanted a drink.

The publication states that the musician gave her a ‘red coloured drink’ that he branded ‘VIP juice’, which she believes contained a mix of cranberry juice and alcohol.

Carter – whose brother, Aaron Carter, recently died – allegedly then took her to the bathroom on the bus and ordered that she should perform oral sex on him, despite Ruth crying through the incident.

It’s then alleged he took her to a bed and sexually assaulted her, before threatening to turn people against her if she spoke out, branding her a ‘little b***h’ and saying no one would believe her.

Issuing a statement via his lawyer in response to the allegations, Carter vehemently denies any wrongdoing.

Michael Holtz said: ‘Unfortunately, for several years now, Ms. Ruth has been manipulated into making false allegations about Nick – and those allegations have changed repeatedly and materially over time.

‘No one should be fooled by a press stunt orchestrated by an opportunistic lawyer – there is nothing to this claim whatsoever, which we have no doubt the courts will quickly realise.’