The financial management company that was expected to take over Britney Spears’ widely criticized conservatorship alongside her father filed a request on Thursday to resign, leaving the future of the arrangement uncertain.

Bessemer Trust cited “changed circumstances” for its request to disentangle itself from the singer’s financial situation, HuffPost has confirmed. The firm said it had been under the impression that Spears had submitted to the conservatorship voluntarily, according to The New York Times.

The pop star sharply rebuked her father, Jamie Spears, along with other family members and the lawyers chosen to represent her last week, when she spoke out freely about the conservatorship for the first time ever.

Samuel Ingham, an attorney for Spears, had filed a request in November 2020 to remove her father from the conservatorship ― a request Judge Brenda Penny denied on Wednesday. Penny previously indicated she would allow Bessemer Trust to sign on as co-conservator. Spears’ father remains the main conservator of her estate; he stepped back from also managing the singer’s personal health decisions in 2019.

Bessemer Trust manages around $100 billion in assets spread over 11,000 trusts, according to its website. 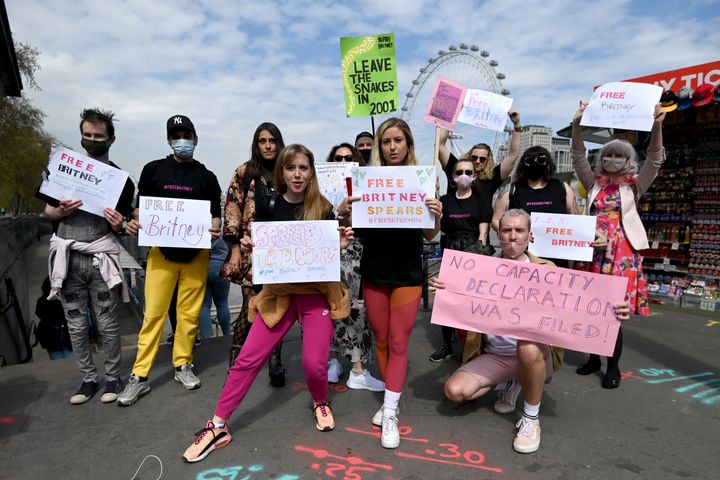 A conservatorship is a court-sanctioned arrangement that puts an individual’s finances in the hands of others when that individual is deemed unable to care for herself. Spears’ conservatorship was put in place by her family in 2008, following a series of public mental health crises that led to her being hospitalized on an involuntary psychiatric hold. She has since completed several international tours and a lucrative Las Vegas residency.

Spears said she wanted to marry her boyfriend, Sam Asghari, and remove an IUD preventing her from having more children ― and alleged that her conservators had told her she couldn’t. (Planned Parenthood President Alexis McGill Johnson said the accusation amounted to “reproductive coercion.”)

“I deserve to have a life,” Spears said in her remarks.

Spears has yet to file paperwork formally requesting the conservatorship be dissolved, although she explicitly stated it was her wish to do so in her stunning courtroom remarks, which triggered a worldwide outpouring of support. Fans who started the movement to remove Spears from her conservatorship ― using the hashtag #FreeBritney ― viewed the 20-minute speech as a step toward victory.

In court documents, Jamie Spears reportedly claimed he was not the villain fans have made him out to be and said he has not been involved in decisions over the minutiae of his daughter’s life over the past two years.

Stories from others in Britney Spears’ orbit, however, have helped illustrate the effect of the conservatorship. Singer Iggy Azalea said in a statement of solidarity that she witnessed its effects firsthand while working with Spears in 2015.

“She is not exaggerating or lying,” Azalea wrote.

The White House has even weighed in on Spears’ predicament, with press secretary Jen Psaki saying she was paying close attention to the case.

Sens. Elizabeth Warren (D-Mass.) and Bob Casey (D-Pa.) wrote a letter Thursday demanding data on conservatorships held across the country, saying Spears’ case “has shined a light on longstanding concerns from advocates who have underscored the potential for financial and civil rights abuses of individuals placed under guardianship or conservatorship.”