Bradley Cooper & Irina Shayk Seemingly Confirmed They're Back Together With These Ultra-Loving, PDA-Packed Photos

After months of speculation, and a lot of head-scratching Instagram hints, it seems A-list couple Bradley Cooper and Irina Shayk are back together (and as in love as ever!)

This is not a drill, because new photos acquired by Daily Mail discovered that the two couldn’t keep their hands off of one another during a morning stroll in NYC today. In the shocking photos, we see Shayk and Cooper walking arm-in-arm, with Shayk giving him a cheeky pat on his butt. While the two have been close, despite their split nearly four years ago, it seems these photos have confirmed what everyone has been thinking.

While speculation has been brewing for months about their rekindling their romance, these photos from a few days ago on Shayk’s Instagram had people convinced they’re back on. Back in Nov 4, Shayk shared a series of pictures from a Halloween party, where she went as former model Bettie Page and Cooper as an odd bear costume. She posted the viral photos with the caption, “Bear with me …..”

And with these street photos, there’s no denying it anymore!

Back in 2015, Shayk and Cooper got together after meeting through mutual friends, hitting it off almost immediately. They become one of the sweetest couples in Hollywood, looking so in love with every red carpet appearance they went to. They later welcomed a daughter in 2017 named Lea De Seine. And while they split in 2019, they kept a healthy co-parenting relationship and friendship throughout. And now, it seems they’ve hit a new, loving chapter together!

Before you go, click here to see celebrity couples who famously broke up and got back together. 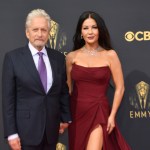