British watchmaker Bremont has dropped a desert-coloured titanium pilot’s watch that has been put through its paces by ejector seat maker Martin-Baker.

The 43mm MB Savanna also features the first titanium case to have been machined at Bremont’s new British headquarters in Oxfordshire, known as The Wing.

Bremont has given its grade 5 titanium Trip-Tick case a matte, sandblasted-style coating in olive drab with a mid-grey dial. The case color is inspired by one of the colors present on the parachutes packed inside Martin-Baker’s ejector seats, included to allow downed pilots to camouflage themselves.

The yellow and black loop that serves as counterbalance on the second hand is taken directly from the loop that pilots need to pull to engage the ejection process while the second crown controls the watch’s inner rotating bezel. 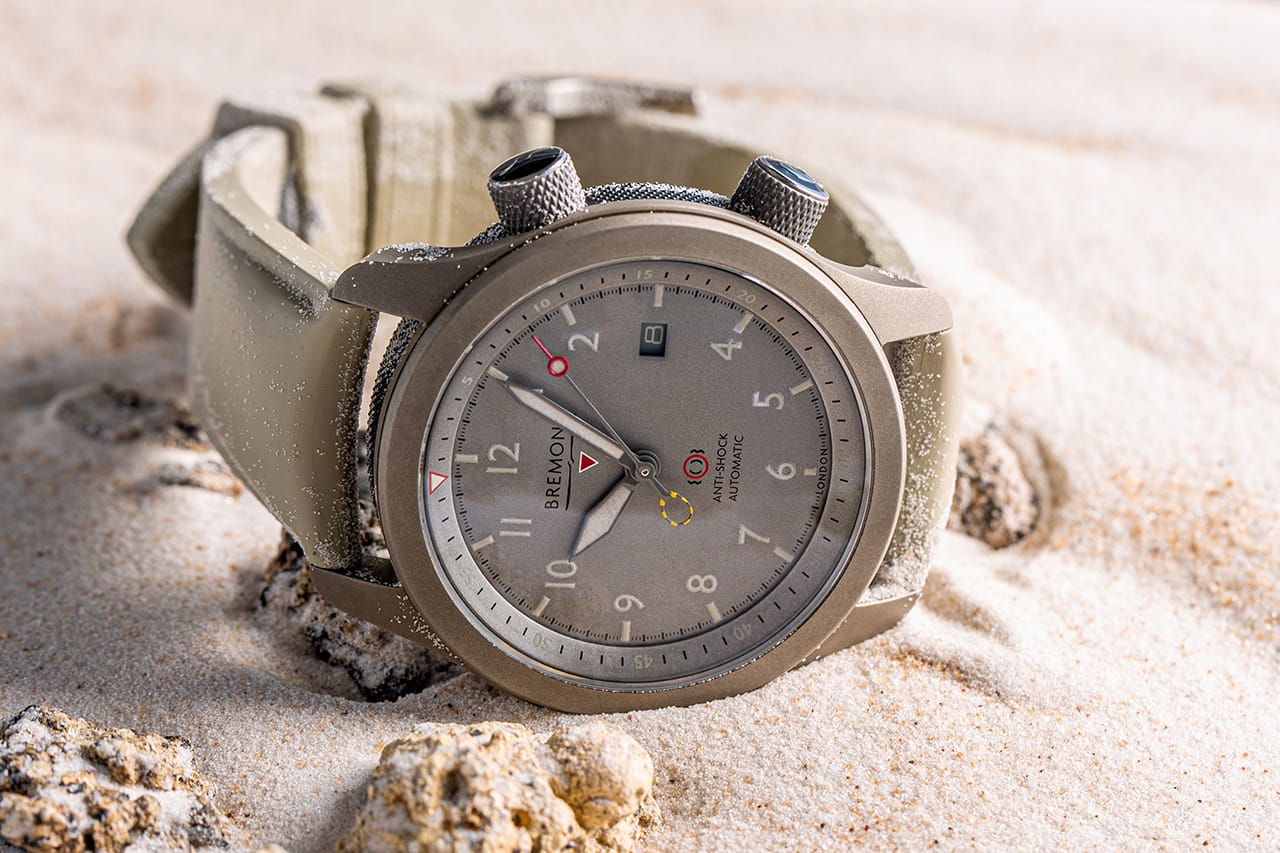 Bremont Co-Founder Nick English comments: “Following the success of our MB collaboration we wanted to create a more lightweight model and put it through the full spectrum of MB testing to coincide with the development of the new MB seat programme – ensuring the next generation of the Bremont MB is more robust than ever. Along with the extensive testing done in the UK, we’re proud to say all case finishing and manufacture has also been done in the UK.”

Bremont and Martin-Baker have been partners for more than a decade, spawning the Bremont MB collection of watches that have become a favourite of military aviators worldwide.