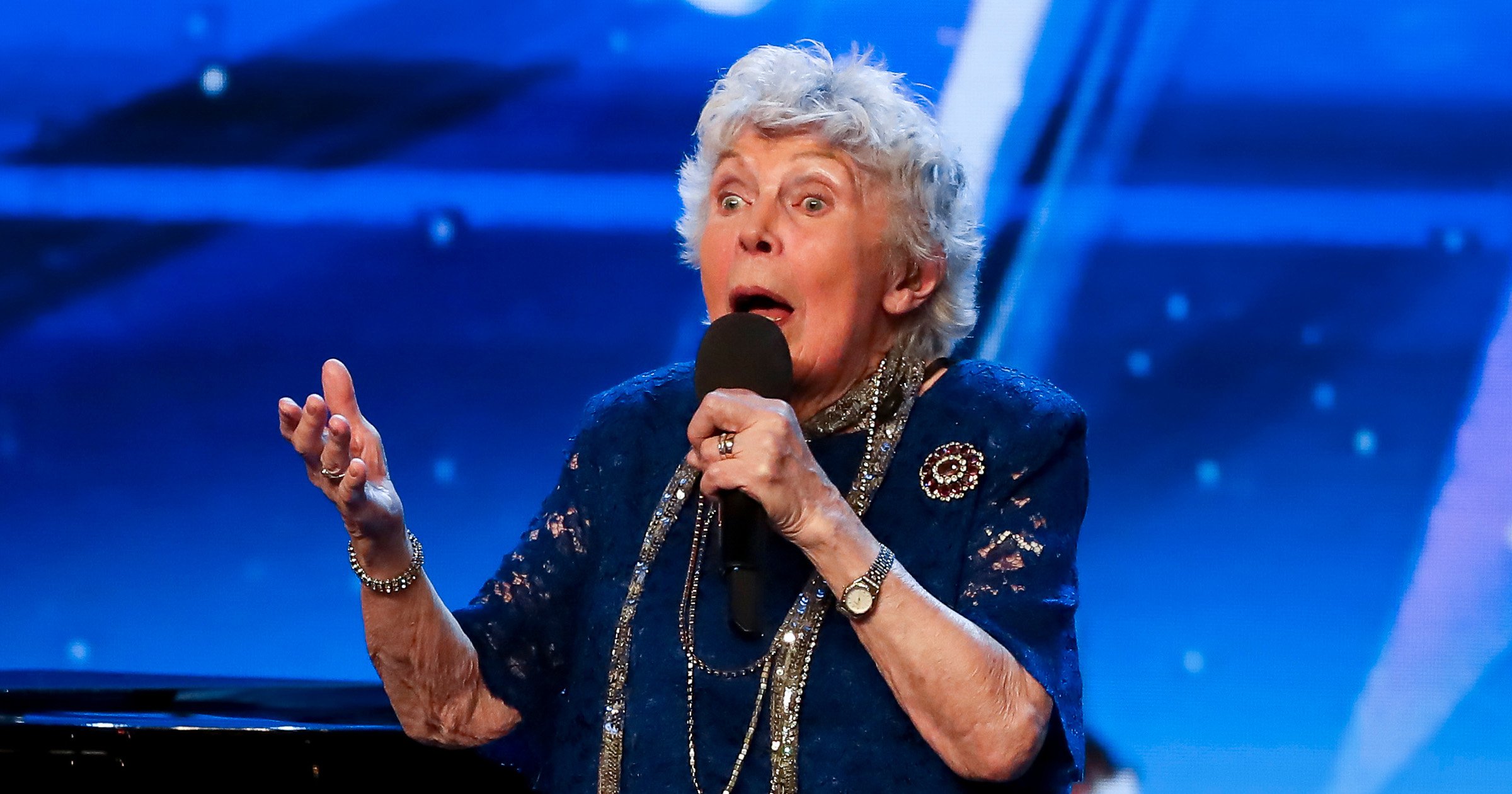 Britain’s Got Talent star Audrey Leybourne has been confirmed dead at the age of 95.

The TV star appeared on the talent show in 2018 at the age of 90, wowing judges Simon Cowell, David Walliams, Alesha Dixon and Amanda Holden with her cover of I Wanna Be Loved By You.

She was jokingly labelled a ‘minx’ by the panel after recalling being in love with ’22 gentleman’ when asked if she was married.

Leybourne won the hearts of the nation and went on to enjoy success in other stage shows.

A cause of death has not been revealed, but the singer died on Thursday, with the vicar of her local church confirming the sad news with a statement on Friday.

Paying tribute to Leybourne, the reverend hailed her a ‘remarkable person’ while reflecting on her career.

Rev Simon Grigg penned alongside a smiley snap of Leybourne: ‘It is with deep sadness that we report the death of our much loved friend Audrey Leybourne, who died early on Thursday morning.

‘She was a remarkable person, a real ‘trouper’ of an actress (starting her career with Sir Donald Wolfit, no less) and a much loved member of St. Paul’s.’

The statement proceeded to share Leybourne’s last message for her parishioners.

‘She has a last message for you all. When she was in hospital two weeks ago, she said to me, “If I pop off, tell everyone I don’t regret a thing. I’ve had a wonderful life”.’

Rev Grigg concluded: ‘Quite a statement. Quite a lady. Quite a Christian.

‘We will, of course, let everyone know when we have details of her funeral. May she rest in peace and rise in glory. Amen.’

As well as her appearance on BGT, Leybourne had quite the career in entertainment.

She enjoyed success with dance group The Roly Polys, who appeared on Les Dawson’s BBC show in the 1980s many times.

After auditioning for Britain’s Got Talent, she went on to star in a pantomime in York, playing Potty T Potts in Beauty And The Beast.

Leybourne also appeared in two episodes of Carters Get Rich, as well as TV programmes Stella and Doctors.