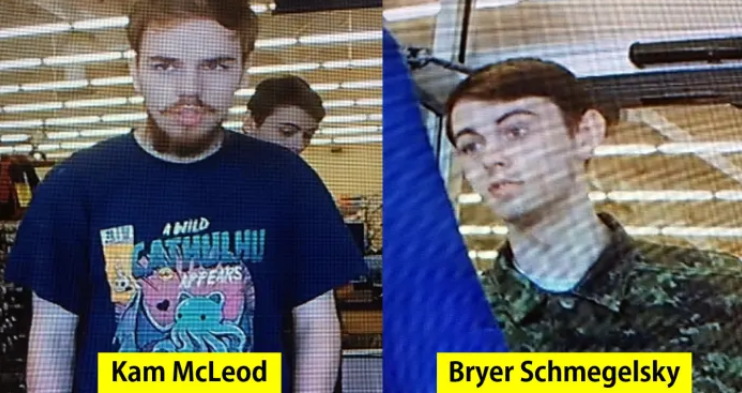 Canadian police have discovered the bodies of two men they believe to be the teenage fugitives wanted for murdering three people in British Columbia last month.

An autopsy will be performed on the bodies, but MacLatchy said she is “confident” they are the bodies of 19-year-old fugitives Kam McLeod and Bryer Schmegelsky.

“There’s obviously a certain amount of relief,” MacLatchy said, adding she hoped this brought closure for the families of the victims and the local communities in the region where the men were hiding.

“It’s huge to be able to hopefully be able to give some people an opportunity to exhale,” she said, “and eventually be able to go back to normal and not be afraid of who’s out in the woods.”

Canadian investigators had initially treated McLeod and Schmegelsky as missing persons after their vehicle was found burning last month about a mile away from the body of Leonard Dyck, a 64-year-old Vancouver botanist.

But the two teens were subsequently identified as suspects in Dyck’s death, as well as in the murder days earlier of an American woman and her Australian boyfriend who had been road-tripping in British Columbia.

Chynna Deese, 24, and Lucas Fowler, 23, were found shot dead on a highway near the blue van they’d planned to use to visit Canadian national parks.

David Mack is a deputy director of breaking news for BuzzFeed News and is based in New York.