Cher is 76 years old and utterly fabulous, so why should she be criticized for dating a man 40 years younger than her? Men have been dating younger women for ages — and rarely without anyone batting an eyelash — so she’s here to tell you, leave her alone.

The “Strong Enough” singer stepped out recently with new boyfriend Alexander “AE” Edwards, 36, at Hollywood hotspot, Craig’s. The paparazzi love to hang out there, so the couple was making a very public decision to share their love with the world. Now, Cher is responding to several Twitter followers, who have something to say about her romance with the music executive.

One user wrote in an ongoing thread about Cher’s romance, “It would be naive not to question a 34-year-old’s motives and intentions. Our girl is smart but they don’t say love is blind for no reason at all.” Well, the Oscar winner had something to say in return, replying, “Haven’t You Got Anything Else 2 Do? Let Me Explain…I DONT GIVE A F**K WHAT ANYONE THINKS.” Other fans were concerned that Edwards allegedly has a “history of cheating,” but Cher had a very clear response, “I’m in [love], not blinded by it. Know what I know… smoke does always mean [fire].”

She did have some supporters who were thrilled to cheer on the “40-year age difference,” adding that they “love it.” In a now-deleted tweet, Cher gave her final thoughts on the subject, writing in her signature capital letters, “Love doesn’t know math, it sees [love].” The couple is serious enough that Edwards has met her family and Cher confirmed he’s treating her “like a queen.” So don’t come for Cher’s romance, she’s fiercely protecting her man.

Before you go, click here to see all the celebrities who are dating or married to older women. 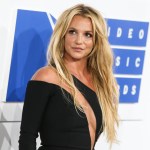