Chrissy Teigen resurfaced on social media to share her lengthy thoughts on why she spent time bullying and trolling others. The public apology is another step in her process of taking accountability for her actions — and she admits that “there is simply no excuse” for her past behavior. 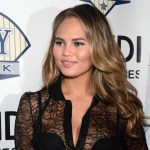 The supermodel reveals that it wasn’t just Courtney Stodden she trolled. While she doesn’t offer up any names, Teigen promises that the apologies are not just happening in a public forum. “I’m in the process of privately reaching out to the people I insulted,” she wrote. “… I understand that they may not want to speak to me. I don’t think I’d like to speak to me. (The real truth in all of this is how much I actually cannot take confrontation.) But if they do, I am here and I will listen to what they have to say, while apologizing through sobs.”

The wife of John Legend drove home that she’s in intense therapy to get at those deep-seated personal issues that were driving her to such vitriol. But the one thing that is fueling her recovery is her children, daughter Luna, 5, and son Miles, 3. She talks about how much her husband is reminded of her every time he sees their little mini-me daughter. “Every day, I try to make sure she’s all the best parts of me, all the things I aspire to be all the time, but fail at sometimes,” Teigen continued. “And we preach kindness to her and Miles every chance we get.”

Her role as a mom likely shifted something internally the moment she held her first child. Many of the insecurities she felt changed when she realized she had one of the most important roles ever in life — to raise a tiny baby into a great human being. “My goal is to be so good that my kids will think this was all a fairy tale. Not the fake good,” the Cravings by Chrissy Teigen founder continued. “The good that has the best intentions, the good who wakes up wanting to make her friends, family, her team and fans as happy as possible.”

Teigen has a long road ahead before her critics (and some fans) would even welcome her back to public life, but this is definitely a start. She’s not looking for sympathy in her apology because she’s finally owning up to the choices she made — and maybe getting people to understand how important accountability culture is.

“I won’t ask for your forgiveness, only your patience and tolerance,” she concluded. “I ask that you allow me, as I promise to allow you, to own past mistakes and be given the opportunity to seek self improvement and change.”

Before you go, click here to see some of the most dramatic celebrity transformations of the past decade.