While divorce and Hollywood are often common themes running through the entertainment industry, not many celebrities discuss the financial realities of what can happen after a split (even with their level of privilege). However, Christina Ricci isn’t staying silent. She opened up about how she struggled after her traumatic divorce from her first husband, James Heerdegen.

After nearly seven years of marriage to the cinematographer, the 42-year-old actress filed for divorce in 2020. Ricci and Heerdegen both claimed emotional and physical abuse, and the Yellowjackets star obtained a restraining order against her ex during the process. While they worked out child custody of their son, Freddie, 8, Ricci had to pay a chunk of money to Heerdegen for child and spousal support and a portion of his legal fees.

That hefty sum forced her to sell some of her possessions to make ends meet. While most people won’t feel sorry for her since it was her “Chanel handbag collection,” it’s a reminder of how costly the end of a marriage can be. Ricci wasn’t complaining about the situation to the Sunday Times Style magazine, she was acknowledging that “certain traumas in life go along with financial traumas, extended court situations, custody situations [and] fighting restraining orders.”

She reassured her fans that she’s “absolutely doing fine, there’s no issue” now, but she admits that she “learned to use these investment pieces in different ways” — they essentially saved her financial picture when she needed it the most. “Denial is very strong,” Ricci revealed. “Of course, you don’t want to accept that the worst possible thing is happening and that you put yourself in that situation. So it took me a really long time to realize that.”

Before you go, click here to see the longest celebrity divorces that took years to get finalized. 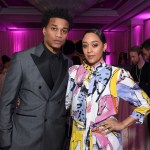