Covid-19 May Have a Hidden Impact on the Heart 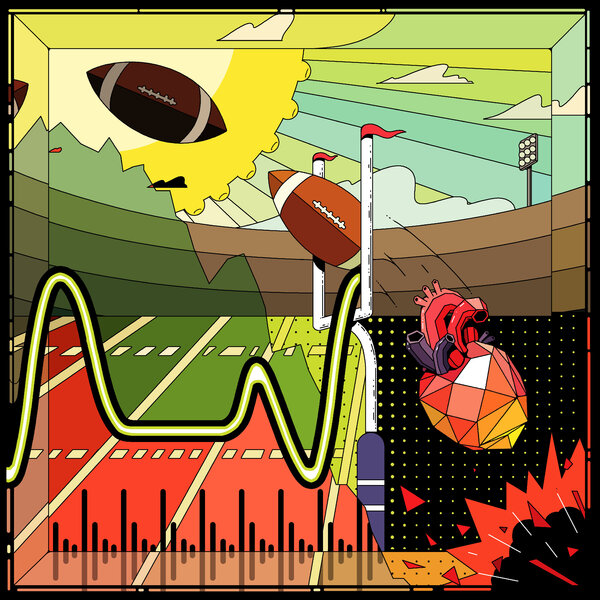 Last month, several college conferences, the Big Ten and the Pac 12 among them, postponed their sports seasons, including football, citing the risks posed to athletes by the coronavirus. A major factor in those decisions, according to some physicians, was the uncertain implications of a July paper in JAMA Cardiology. In this study of 100 people who had Covid-19, M.R.I.’s showed at least some signs of myocarditis in 60 of them, meaning they had inflammation in the heart muscle, which can weaken the organ and, on rare occasions, lead to sudden cardiac arrest. Another study, published this month in the same journal, looked at 26 Ohio State athletes who experienced Covid-19 with mild or no symptoms and detected evidence of possible myocarditis in five of them and lesser abnormalities in nine more. The condition poses a heightened risk to those whose physical activity puts stress on the heart: Even before the pandemic, myocarditis was a leading cause of death in young, otherwise healthy athletes.

It’s crucial to find out whether the coronavirus raises the risk of heart complications in people of all ages who are even mildly active. “Imagine if it turns out that 5 or 10 or 15 percent of asymptomatic or mild infections have clinical myocarditis on an M.R.I. — that would be unheard-of, in terms of how do we evaluate the safety for someone returning to exercise, regardless of their level of fitness,” says Jonathan Drezner, state director of the Center for Sports Cardiology at the University of Washington and a physician for the school’s sports teams, the Seattle Seahawks and others. The problem is, no one knows how common myocarditis is in athletes or the general population — or, consequently, how likely it is to do harm. (Doctors typically advise those who get a diagnosis of myocarditis to wait three to six months before resuming activity.) Speaking of the abnormalities seen on the scans in the first JAMA study, Aaron Baggish, who directs the Cardiovascular Performance Program at Massachusetts General Hospital and is a team cardiologist for U.S. Soccer, U.S. Rowing and the New England Patriots, among other teams, says, “We simply have no idea whether they matter to any of these people.”

Less than a year into the pandemic, no one can say for sure what the long-term impacts of getting Covid-19 will be. Our lungs seem to be the most vulnerable organ during the acute phase of an infection, but doctors and researchers have noted that patients with cardiovascular disease are among the most likely to get severely ill or die. The receptor through which the virus happens to enter human cells, known as ACE2, is prevalent in heart tissue and also plays a key role in regulating blood pressure. Moreover, Covid can prompt the release of too many cytokines, which trigger inflammation as part of an immune response but that in extreme quantities can harm cells throughout the body, including the heart’s. Evidence has emerged that the virus may cause cardiac complications fairly frequently in patients who are very sick, even if they lack a history of heart problems.

Two-thirds of the subjects in the first JAMA Cardiology study were not ill enough to need hospitalization. Yet M.R.I. scans taken more than two months after diagnosis revealed that 60 of the 100 had inflammation that suggested mild myocarditis (and a total of 78 showed additional or other, subtler abnormalities). “It’s a very surprising finding; it’s important,” says Dennis McNamara, director of the Center for Heart Failure Research at the University of Pittsburgh Medical Center. It needs to be confirmed by other research, he adds. But if it turns out to be representative of what’s happening to the millions of people who have come down with Covid so far, it would, he says, be “very concerning.” 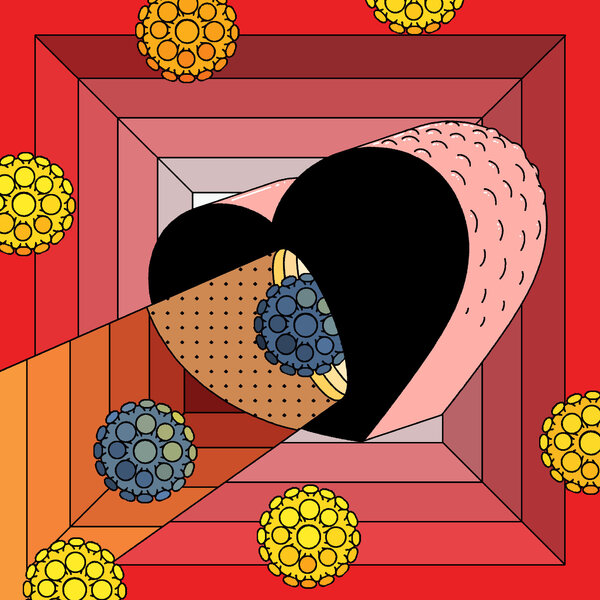 That’s because myocarditis can lead to heart failure. When that happens, some people don’t get any advance warnings, which include chest discomfort, heart palpitations, shortness of breath, lightheadedness, swelling and fatigue. And the most serious outcome — sudden cardiac arrest — can also occur without symptoms. Before the pandemic, some 400,000 adults in the U.S. died of sudden cardiac arrest each year. It’s unclear how often myocarditis is the cause; estimates range from 1 percent over all to as many as 20 percent in young adults.

Even if myocarditis turns out to be a common feature of Covid, we won’t know how much it increases the total number of those affected by the condition. The definitive way to diagnose it is through a biopsy of heart tissue, but unless people show symptoms, they aren’t usually screened for myocarditis, which is typically caused by viruses, including influenza. When detected cases result in reduced cardiac function, about half the time the heart returns to normal on its own, even if scarring remains, according to Clyde Yancy, chief of the division of cardiology at the Northwestern University Feinberg School of Medicine and deputy editor of JAMA Cardiology. When it comes to cases caused by Covid, he says, “the hope is that it resolves spontaneously, which happens in many other circumstances where a virus has affected the heart.”

To find out if it does, researchers must follow people who get myocarditis diagnoses to see if they suffer complications. Baggish, Drezner and others have formed a national registry to track Covid cases and heart-related impacts in N.C.A.A. athletes to gather that kind of data; this effort might lead to improvements in prevention and screening for myocarditis in college sports. (When the Big Ten announced on Sept. 16 that its football teams would return to play, it noted that players who test positive for the virus would have to undergo “comprehensive cardiac testing.”) And Eike Nagel, a senior author of the July JAMA study and director of the Institute for Experimental and Translational Cardiovascular Imaging at University Hospital Frankfurt, in Germany, says the group will be assessing the study’s patients for several years. Even if the observed abnormalities increase an individual’s risk of heart failure only slightly, Nagel says, that outcome could forecast a significant cumulative impact on public health: “On the population level, I would think we’d see an increased incidence of heart failure in a couple of years. But we don’t have the data.”

It’s also possible that fear — of getting Covid, of exercise after recovering from it — could cause its own widespread harm. In July, in a letter to The New England Journal of Medicine, Italian researchers reported a 60 percent increase in out-of-hospital cardiac deaths compared with the previous year in four provinces hit with coronavirus outbreaks. It’s impossible to say, though, whether that change resulted from Covid infections or because people avoided getting medical care because they feared contracting the virus (or whether both — or other — factors played a part).

The same limitations exist for a JAMA Internal Medicine study that found that between March and May in the U.S., the number of excess deaths from all causes over the same period a year earlier was almost 30 percent higher than the official number attributed to the coronavirus. Yancy says it’s quite likely that at least some of these deaths can be attributed to people with heart disease staying home to avoid infection rather than seeing a doctor for preventive care or seeking emergency help for symptoms. “Come back,” Yancy urges anyone in those situations, “so we can take care of you.”

It’s crucial to stop exercising and see a physician if you experience any symptoms of heart failure. People should be especially careful about resuming exercise after having Covid or another infection. But if you are not feeling sick, Baggish says, “maintaining a healthy exercise regimen is absolutely essential, because it actually increases the sensitivity of your immune system, so that if you do get infected, you’re likely to have a milder disease.” In weighing the risks of resuming team sports, he thinks, the primary concern should be “about controlling infection, both for athletes and for the communities that they live in, not the heart concerns.” If the prevalence of infection is above 1 or 2 percent, he says, “and you’re not doing any testing, then it’s almost certain that getting young people together is going to do more harm than good.”

END_OF_DOCUMENT_TOKEN_TO_BE_REPLACED

END_OF_DOCUMENT_TOKEN_TO_BE_REPLACED
We and our partners use cookies on this site to improve our service, perform analytics, personalize advertising, measure advertising performance, and remember website preferences.Ok