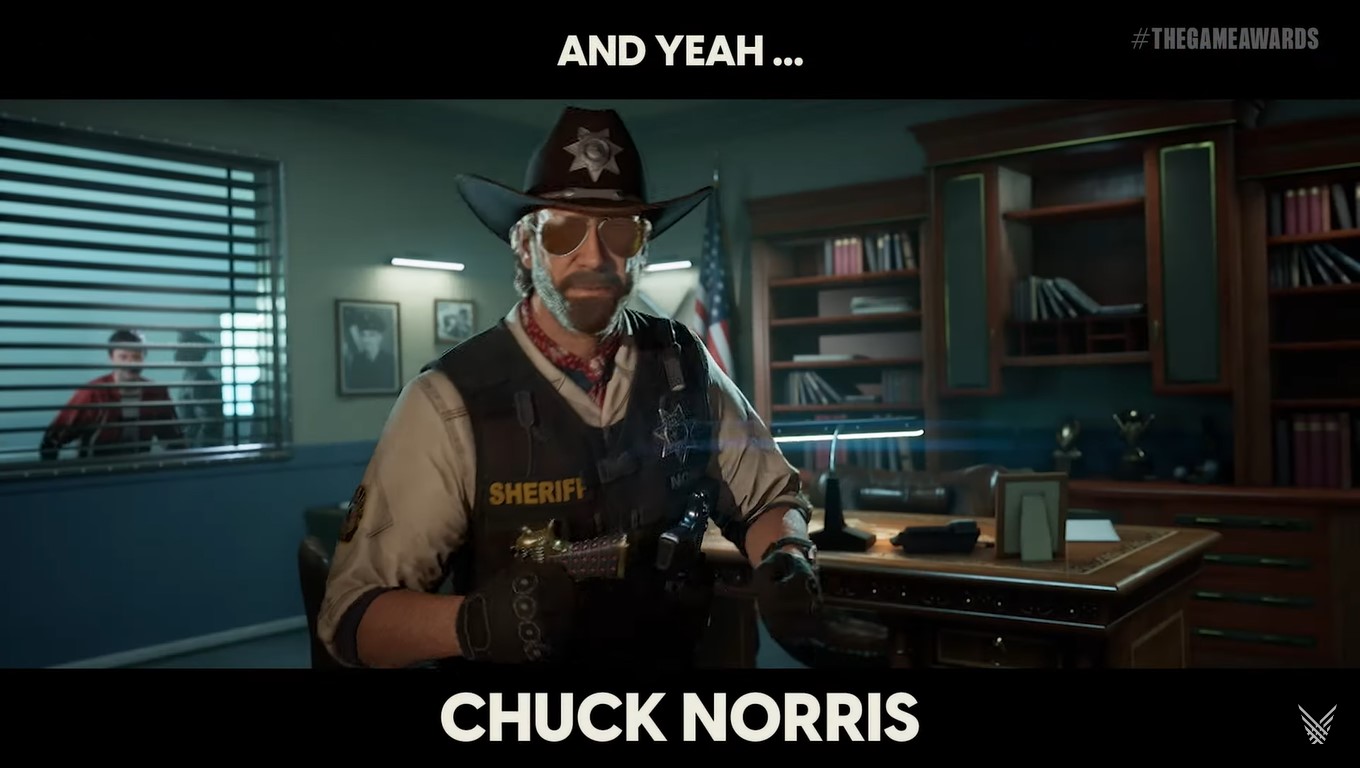 Teased before the start of The Game Awards, the new title from 505 Games and Epic Games is a star-studded gangster sim based on 90s cinema.

It’s always good to see a new IP announced, that’s not a sequel or a licence, but based on the hints given before The Game Awards many guessed that Crime Boss: Rockay City would be similar to Grand Theft Auto.

The similarities may not be as great as first assumed though, as the game is first person and seems to have a lot in common with Payday, especially as it’s billed as a co-op title.

Very little else was said about the game though, with publisher 505 Games preferring to concentrate on the admittedly impressive range of Hollywood talent involved, including Kim Basinger, Danny Glover, Michael Rooker, Danny Trejo, Damion Poitier, and, in the lead role, Michael Masden.

Masden appeared on stage to promote the game, in an ill-advised skit where he and a couple of pretend gangsters attempted to harangue the audience with bad acting.

What they didn’t try and do was explain any more about the game, which it turns out is by new developer Ingame Studios, which is made up of a number of veterans of the Mafia, Arma, and Hidden & Dangerous series.

The trailer didn’t attempt to add any additional enlightenment, beyond acknowledging a debt to 90s crime dramas, preferring to focus on the stars – although it saved the stunt casting of Vanilla Ice and Chuck Norris for last.

Vanilla Ice, real name Robert Van Winkle, is no stranger to acting, having appeared in cinematic masterpieces such as Teenage Mutant Ninja Turtles 2: The Secret Of The Ooze and Cool As Ice.

Chuck Norris has never been in any good movies, because he’s Chuck Norris.

There’s every chance the game could turn out well, but the trailer and onstage performances really didn’t seem like the best way to show it off.

We’ll know soon enough whether it’s a dud or not, as it’s due out on March 28. That only seems to be the PC version though, with console editions planned for later next year.