The Met Gala has been synonymous with outrageous fashion that often makes a broader statement about inclusion ― and, for attendees Dan Levy and Nikkie de Jager, this year was no exception.

Levy, one of the first stars to appear on the red carpet Monday night, wore a custom-designed outfit by Spanish fashion house Loewe that featured puffed sleeves and an etching of two men kissing across the front. He accessorized the look with jewels from Cartier. 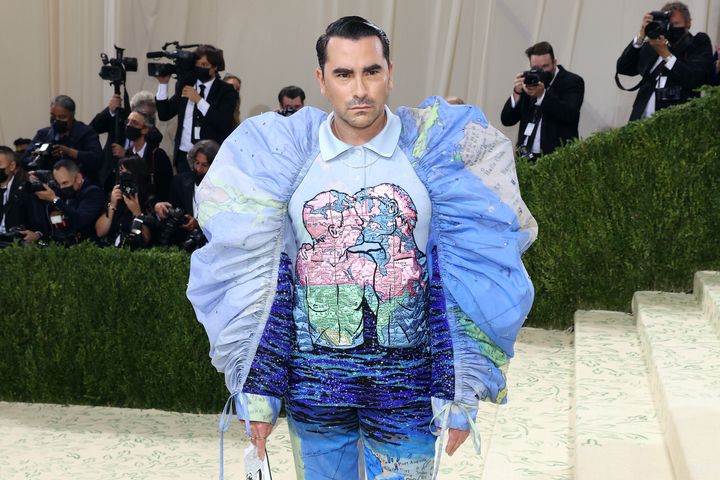 The “Schitt’s Creek” co-creator and star said he and designer Jonathan Anderson wanted the colorful ensemble to “celebrate queer love and visibility.” The image itself is “Fuck You Faggot Fucker” by artist David Wojnarovicz, who died of an AIDS-related illness in 1992.

Wojnarovicz used old maps to create “Fuck You Faggot Fucker” in 1984, and named the now-iconic piece after a homophobic cartoon he’d found on the street. As for Levy and Anderson, the pair wanted to present the work “in a way that offered a hopeful message” instead.

“Tonight, we’re celebrating the resilience, the love, and the joy of the community while honoring a crucial American voice that was taken from us too soon,” Levy wrote on Instagram Monday, adding that Loewe had also contributed to Visual AIDS, an HIV/AIDS advocacy organization that Wojnarovicz supported during his lifetime.

As for de Jager, the makeup artist and YouTube personality wore a floor-length teal gown by Edwin Oudshoorn Couture, as well as a floral headdress. 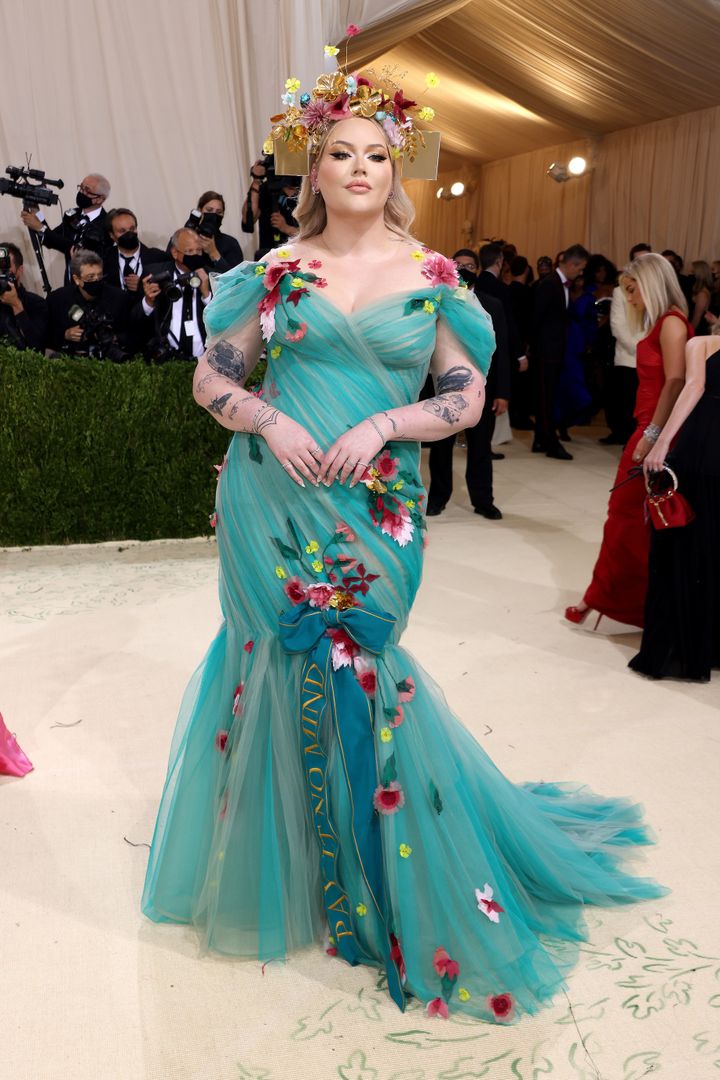 The look, she explained, was a tribute to Marsha P. Johnson, a Black transgender activist and prominent figure in the 1969 Stonewall uprising.

A sash adorned to the bottom of the skirt read “Pay it no mind,” which was Johnson’s response to questions about her gender. 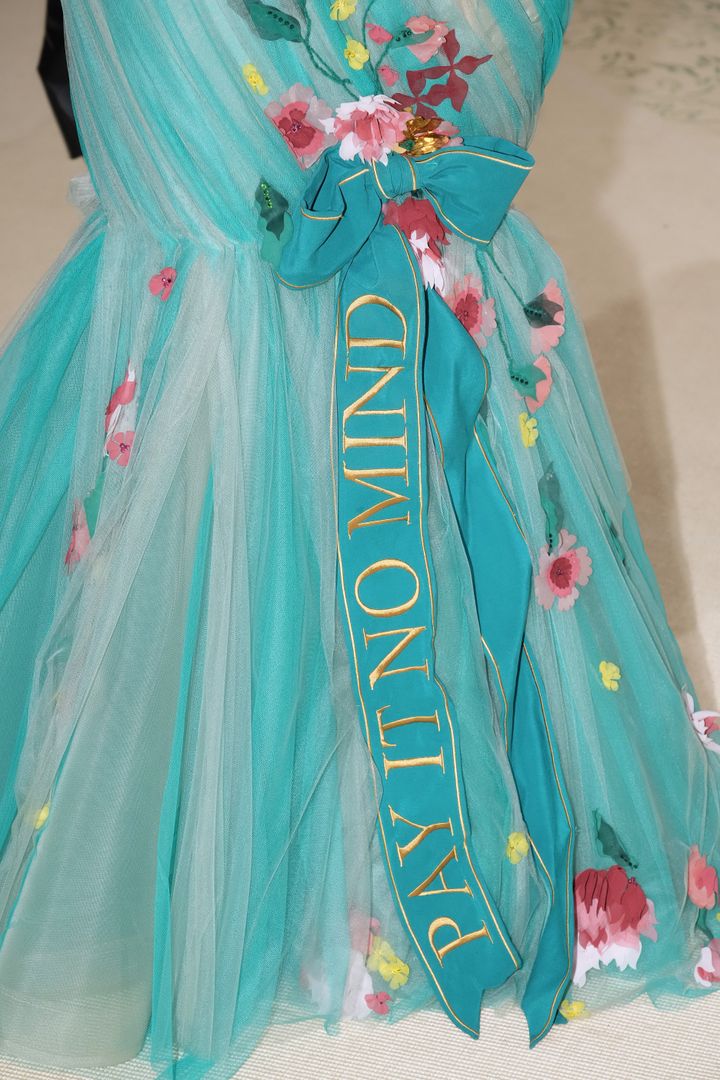 “I knew I wanted to pay homage to a trans icon who was at the forefront of the Stonewall Riots,” de Jager, who is transgender, wrote on Instagram. “Marsha P. Johnson paved the way for so many of us, and I hope I made my community proud tonight.”

Johnson died in 1992 at the age of 46 under mysterious circumstances. Her body was recovered from New York’s Hudson River. Though police initially said she died by suicide, her cause of death was later changed to “undetermined.”

Earlier on Monday, de Jager laid a bouquet of flowers at the spot where Johnson’s body was found.

Levy and de Jager were among the many LGBTQ stars to appear at the 2021 Met Gala, which celebrated the Costume Institute’s new exhibit, “In America: A Lexicon of Fashion.”

Among those also turning heads were Cara Delevingne, who wore a bulletproof Dior vest emblazoned with the phrase “Peg the Patriarchy,” and Lil Nas X, who was styled by Hodo Musa and opted for not one, not two, but three jaw-dropping looks.