The exhibit at the International Spy Museum, which features a replica waterboard and cartoonlike illustrations of torture, has already undergone one change, and more are possible in the new year, according to a letter from the senators. 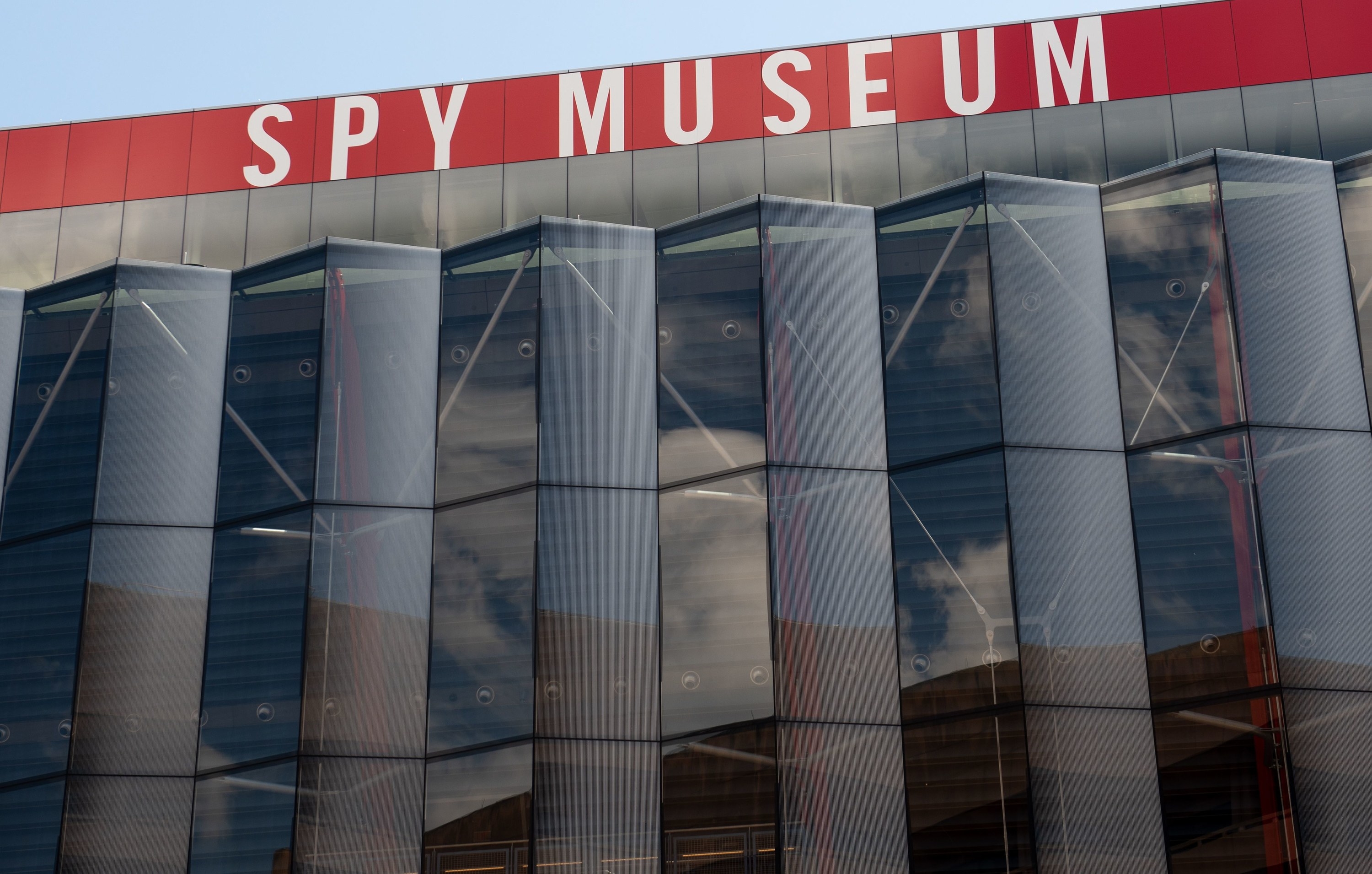 WASHINGTON — Senators have been privately criticizing one of Washington’s most popular museums for “sanitizing” an exhibit on the CIA torture program, leading the tourist attraction to quietly change part of the display in recent months.

In the spring, the International Spy Museum reopened at a sleeker, more spacious location just off the National Mall. It features a new exhibit on the Bush-era torture program that uses a replica of a waterboard and cartoonlike illustrations to depict the agency’s brutal techniques. BuzzFeed News observed a child lying on the waterboard in June when first visiting the museum.

It also makes no mention of a voluminous report by the Senate Intelligence Committee that found that the so-called enhanced interrogation program was ineffective and did not produce any “unique” and “valuable” intelligence. Instead, the exhibit asks whether torture works and includes video of those who ran the program defending it.

The waterboard at the International Spy Museum.

Since then, former military and intelligence personnel, as well as human rights advocates, have railed against the exhibit’s both-sides approach. Alka Pradhan, an attorney for a Guantánamo detainee who’s facing a 9/11 war crimes tribunal and was subjected to torture at a CIA black site prison, has even called it “CIA propaganda.”

But behind the scenes, senators who backed the 2014 torture report have also been waging a campaign to have the exhibit changed, according to previously undisclosed letters obtained by BuzzFeed News. The push shows how a polished multimillion-dollar space meant to be a gathering spot for veterans of the intelligence world has transformed into a sore spot for some key figures in the community.

The exhibit is supposed to resemble a CIA black site.

In May, after the museum reopened, two top Democrats on the committee wrote to museum leadership and expressed concern about the failure to include the 2014 report, saying “the historical accuracy of the exhibit would greatly benefit” from its inclusion. “Moreover, we are concerned the museum exhibit does not accurately demonstrate the full extent of the brutality of waterboarding and other measures, which were often used in combination and to extreme levels, including the use of nudity, minimal caloric intake and the use of other torture techniques,” Sens. Mark Warner and Dianne Feinstein wrote.

The senators also drew attention to a poll in the exhibit that asked visitors, “Would you be willing to have the US government torture suspected terrorists if they may know details about future attacks?” The senators asked the museum to explain to the public that the torture techniques used by the CIA after the 9/11 attacks have since been banned.

Within days, the museum replied to the letter, saying that the concerns the senators raised were “very important” and that it had reviewed the committee’s report while developing the exhibit.

“Underlying the decision to include the Interrogation exhibit was a conscious and deliberate effort to ensure that the new Museum invites our visitors to confront difficult and thought-provoking questions related to intelligence and espionage,” the response read.

The exhibit features video commentary by several people with differing views on torture, including James Mitchell, the psychologist who developed the CIA program, and Jose Rodriguez, a former senior CIA official who ran the program.

After that, Intelligence Committee staffers visited the museum and met with its leaders “to address mischaracterizations and inaccuracies that were present in the exhibit,” said Rachel Cohen, a spokesperson for Warner and Democrats on the committee.

“In the meeting, [the committee] noted a number of concerns, including factual errors, and both textual and pictorial depictions of the CIA’s use of torture that sanitize and misrepresent the abuse that detainees faced,” Cohen said in a statement. “Our staff also noted the lack of any reference to the ineffectiveness of the CIA’s torture program, as detailed extensively in the Senate Intelligence Committee’s 2014 Study of the CIA’s Detention and Interrogation Program.

“We were pleased to hear that the museum is considering modifications to the exhibit to make it more accurate and reflective of the CIA program,” Cohen added.

Following that meeting, the museum made at least one change to the exhibit: The poll was gone when BuzzFeed News last visited in late August. At the time, a museum spokesperson denied an interview request with its head curator, but said that it had “been taking in a lot of perspectives” and was in the process of revising the exhibit. “Our internal team and hundreds of advisors worked for five years developing the exhibits we have today,” Aliza Bran said in an email. “Any updates we might make are not going to be done overnight.”

On the left, a photo from June showing the poll feature. On the right, how it looked in late August.

Further changes are in the works, according to a second letter sent this week. Sens. Feinstein, Martin Heinrich, and Ron Wyden wrote to the museum on Wednesday, asking for an update on “the status of comprehensive modifications planned” for the exhibit.

“As members of the Senate Select Committee on Intelligence, we were deeply dismayed to learn about how the museum’s exhibit misrepresents the CIA’s torture program, sanitizing depictions of how techniques were applied and suggesting that torture is effective in stopping terrorist attacks,” the senators wrote. “We understand that in an exchange of correspondence, museum officials recently told Committee staff that a polling question has been removed from the exhibit and that other recommended changes to the exhibit would be presented to the Board and implemented in the March 2020 timeframe.”

Bran said Thursday that the museum has had “productive conversations” with the committee and is “aiming for March 2020 for any changes within the exhibits.”

“We still aim to make that timing,” she said.

Bran also confirmed that the only change the museum has made to the exhibit thus far is the removal of the poll. “From an educational perspective, when a person is prompted with a question, they go from passive to active thinking and therefore have to consider the topic on a deeper level,” Bran said. “This was the original aim of the question. It became clear to the Museum that this complex topic was not addressed adequately by a yes/no question, so it was removed.”

Still, the museum — which had more than 400,000 visitors in its first six months, according to Bran — continues to face criticism over the exhibit, much of which has played out on social media. Last week, Pradhan and prominent anti-torture advocates, including a former CIA analyst, tweeted about how the museum’s account had blocked them.

“When we opened the Museum, there were some people who, while they had never seen the exhibit before, criticized it repeatedly on Twitter,” Bran said. “We blocked them but still wanted to reach out to them through our historian/curator. We were glad that some accepted our invitation. We met with them in person on site at the Museum, walked through the exhibit together, and discussed their perspectives. We greatly appreciated those conversations. We didn’t realize they were still blocked, so we immediately remedied this situation when it was brought to our attention.”

The museum’s board of directors is stacked with former intelligence community officials, including Michael Hayden, a former director of the NSA and CIA. Notably, Hayden led the CIA from 2006 to 2009, during which time he gave “inaccurate” testimony to Congress, according to the torture report. Hayden has been a staunch critic of the study.

This year, the museum gave Hayden its Honorable William H. Webster Distinguished Service Award “for his invaluable service and contributions to the Intelligence Community.” He was scheduled to be honored at a private dinner at the museum last month. Listed to co-chair the dinner was Michael Morell, the former acting director of the CIA and another harsh critic of the torture report who has defended of the agency’s use of the techniques.