Donald Trump sure has an interesting filing system, especially when it comes to classified documents. It seems that additional papers have turned up in a secondary search in Florida.

This time, the investigation wasn’t done by the FBI, it was handled by an independent firm hired by the former president’s team, according to ABC News. The deeper dive on where some of the missing documents went (yes, some are still MIA) stretched to four properties — and “at least two more documents marked classified” turned up at a federal storage unit run by the General Services Administration (GSA) in West Palm Beach, Florida.

According to The Washington Post, two locations were officially cleared by the outside investigators, including Trump Tower in New York and the Trump National Golf Club in Bedminster, New Jersey. The storage unit is the second spot to house classified documents — the first being Mar-a-Lago where the August raid by the Department of Justice occurred.

While a spokesperson told ABC News that Donald Trump was being “cooperative and transparent” about the investigation, the truth is that a federal judge was the one who encouraged his legal team to search every nook and cranny for additional classified documents. His rep also had to repeat the standard Donald Trump line that it’s an “unwarranted attack” on the former president and his family instead of just being accountable for the missing papers and handing everything that was requested by the National Archives in the first place.

Before you go, click here to see the biggest presidential scandals in US History. 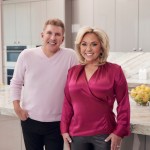