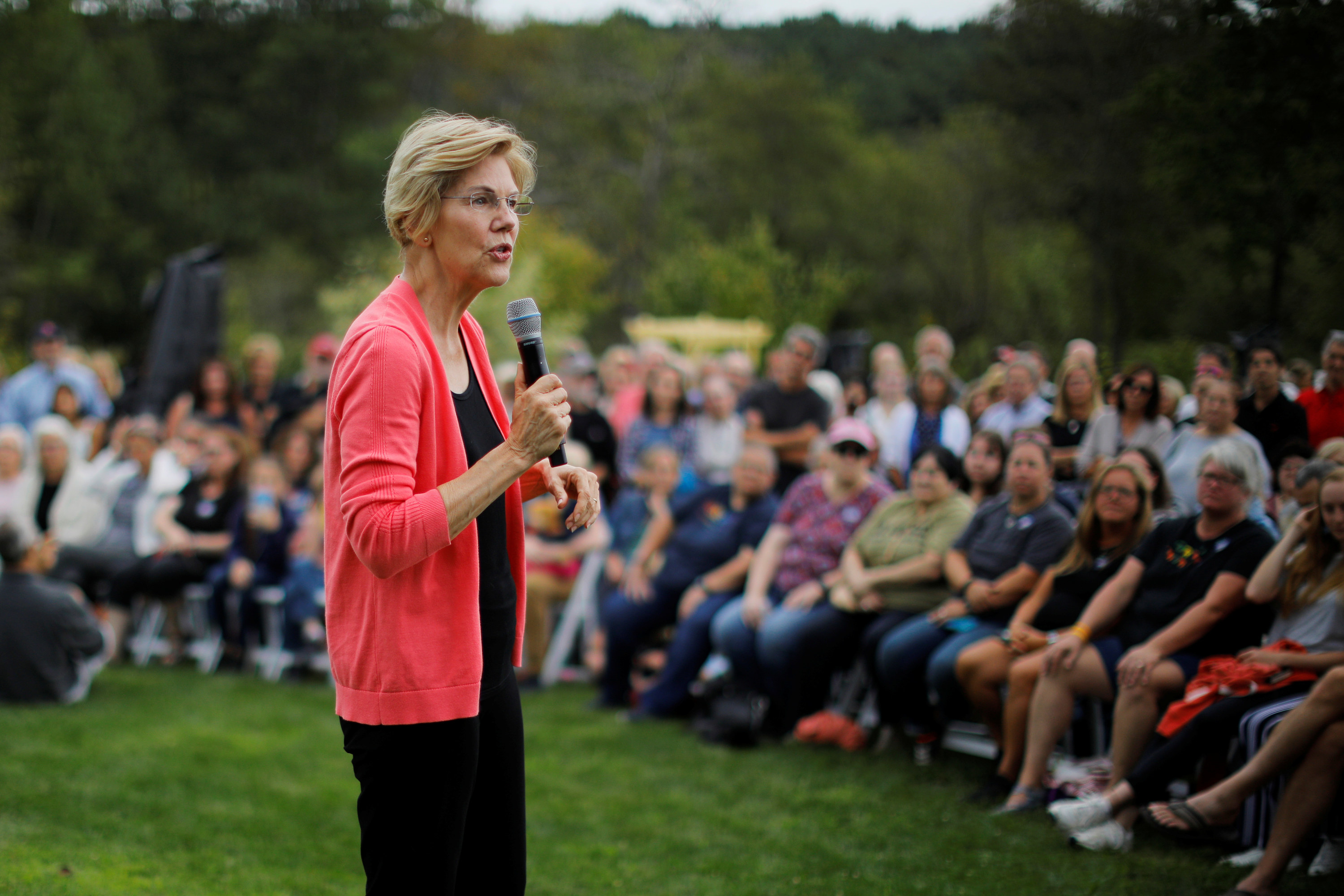 HOUSTON — The morning before a debate that will feature the top Democratic presidential candidates on the same stage for the first time this year, Elizabeth Warren outlined a plan to restructure Social Security with the largest benefits increase in nearly 50 years — a far-reaching proposal and clear signal from the Massachusetts senator that as the race continues and the field narrows, she’ll lean further into her call for “big structural change.”

Warren’s policy plan, one in a long list she’s released in the eight months since she began her presidential campaign, would increase Social Security benefits by an estimated $2,400 a year for future beneficiaries and the roughly 64 million current beneficiaries, with further increases for low-income families, women, people of color, and people with disabilities.

Warren campaign officials said on Thursday that she would pay for the plan with a new Social Security contribution from the top 2% of earners, part of a broader policy platform that draws on corporations and wealthy families to fund new programs like free college, universal childcare, and the cancellation of student debt — including with an annual “wealth tax” on private assets starting above $50 million, similar to those seen in a handful of European countries.

Under the current system, Social Security taxes are only collected on wages up to a certain amount that typically increases annually. For 2019, the 12.4% tax (evenly split between an individual and their employer) is collected on wages up to $132,900. The cap makes the tax itself regressive: People who earn less pay a greater portion of their overall wages for the tax than people who earn significantly above the cap. Warren’s plan would flip that by imposing a 14.8% Social Security tax (also split between an individual and their employer) on individual wages above $250,000. Her plan would also impose a similar tax on net investment income for top earners.

Warren’s plan would also try to address disparities in Social Security benefits due to gender and race with new credits, including for caregivers, and would ensure that the minimum annual benefit amounts to at least 125% of the federal poverty level for people who have worked at least 30 years in jobs covered by the Social Security program.

It’s a bold release on the day of the debate here in Houston — her first alongside former vice president Joe Biden, whose aides spent the week suggesting that he would highlight a divide between “those who want to build on the Obama legacy and those who want to attack it,” as an unnamed Biden adviser told the Wall Street Journal on Monday in a veiled reference to the candidates, such as Warren or Vermont Sen. Bernie Sanders, who embody a more radical progressive agenda.

Biden has also talked with increasing frequency about how “we need more than plans.”

Biden set out parameters for his own Social Security plan earlier this summer, including increasing taxes on high earners to keep the program solvent, but not specifying exactly what that would involve. There are more explicit overlaps between the Biden and Warren plans. Biden would also set a benefit minimum of at least 125% of the federal poverty level for those who worked for at least 30 years, and both candidates support provisions to help widows and widowers gain access to greater benefits.

Warren, the 70-year-old bankruptcy expert and former Harvard Law professor, spent her first term in office as both a collaborator with and unapologetic progressive critic of in the Obama-Biden administration.

“I’ve dedicated most of my career to studying what’s happening to working families in America,” Warren wrote in a Medium post published on Thursday morning. “One thing is clear: it’s getting harder to save enough for a decent retirement.”

“Unless we act now, future retirees are going to be in even worse shape than the current ones,” she said. “We need to get our priorities straight. We should be increasing Social Security benefits and asking the richest Americans to contribute their fair share to the program.”

Ahead of the release, the Warren campaign also solicited what officials described as an independent analysis of the plan by Mark Zandi of Moody’s Analytics, who estimated that the plan would cut the senior poverty rate by 68% and work over a period of 10 years to reduce the nation’s deficit by $1.1 trillion.

Zandi is among experts who have said that without changes to the current system, Social Security will become insolvent by 2035.