Even after all the Bo Selecta jokes, I still love being called Craig David

My sisters loved Top of the Pops.

Every Friday night, we’d sit down on the sofa and get ready to settle in for a night of hits – making sure to record it, too.

It was during one of these watching sessions that I discovered I had a famous namesake.

Re-rewind by Artful Dodger had just come on and I noticed that the guy accompanying him on stage was called Craig David.

I initially thought, ‘hang on, that can’t be right’, so I asked my sisters to rewind the tape and there was my name on screen.

I was about 12 years old in 2000 and I was instantly excited by this connection to the famous face on my TV.

When I turned up to school on Monday, it was like I had become an overnight celebrity – you would have thought I was the one on Top of the Pops.

Before that, I was a well-liked kid but this revelation sent my popularity through the roof – and I embraced it. People would come up to me and sing ‘Re-e-wind’ and I would reply with ‘When the crowd say, “Bo selecta”’. 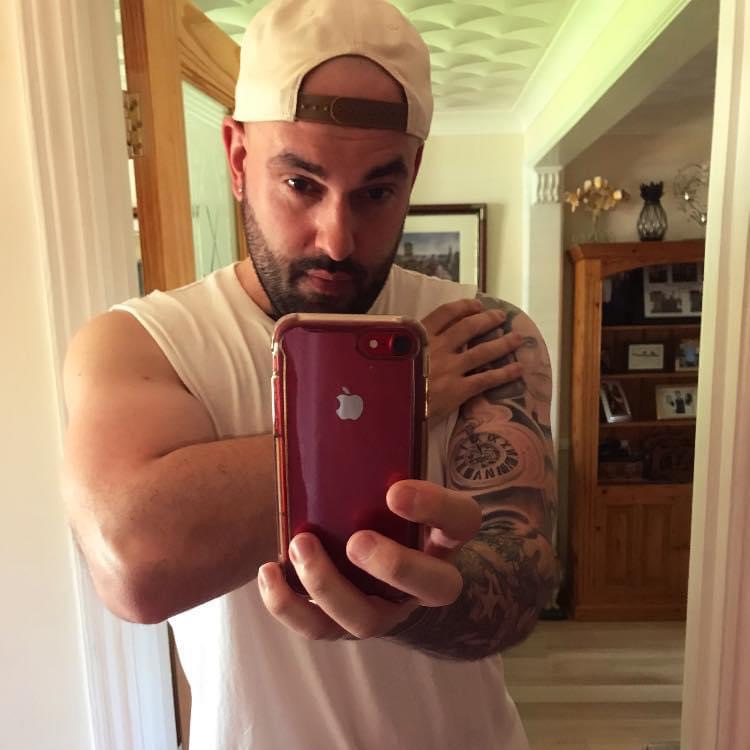 After that, Craig David released hit after hit and so the chatter never died down. You can only imagine what Keith Lemon’s impersonation of the singer did to draw attention to my name.

Even now, whenever I join a group chat on WhatsApp, I get a lot of replies like, ‘Craig David all over your – boink’.

Unlike my namesake, who previously said that he wasn’t a fan of Lemon’s caricature, I thought it was funny and I’ve never had any ill feeling towards having my name linked to the other Craig David’s.

In fact, I often think about what life would be like if I had been given a ‘normal’ name and I always conclude that mine is far better. You’d have to pay me millions to change it.

If I was called something like ‘John’ or ‘Mark’, I wouldn’t have had the same life experiences I’ve had, which have definitely shaped me into the person I am today.

I know for a fact that if I had been called something different, I would lack the same small talk fodder I have now, I’d have far less people asking to see my ID to prove I am who I say I am, and I also probably wouldn’t have got that really fancy hotel room.

I’d turned up for my booking at a UK hotel and been pleasantly surprised at check in when they said they were going to upgrade me.

When they offered to take my bags, I started to get suspicious.

But it was only when they’d opened the door to a massive suite that I realised it was definitely a case of mistaken identity. On the bed were silk sheets with a card addressed to me laid on the pillow, thanking me for my custom. There was champagne on ice and a free mini bar.

While I have been told before that I look like Craig David (I think it could be the shaved head and the facial hair), I’m pretty sure they realised that I wasn’t the 7 Days hit-maker but were too embarrassed to say otherwise. Until the moment I checked out, I thought it was a wind up – but wasn’t about to say anything.

I’m lucky that I share a name with someone so well liked. I personally am a big fan of all his music, but even the people who I meet who aren’t, always have something nice to say about him.

On social media, I often get people tagging me instead of the ‘real’ Craig David. I don’t mind though, as I usually end up having a nice chat with them about their favourite songs. Or I just reply with something like ‘thanks for being a superfan’.

I’ve actually had a few interactions with the other Craig David on Twitter. On my birthday in 2019 and in 2020 I tweeted at him asking for a shout out (with the hashtag #bestnameintheworld) and both times he’s replied wishing a good day to me, the ‘original Craig David’.

Or as my dad once said, the better Craig David. My mum, on the other hand, likes to lead people and says her son is the ‘actual’ Craig David, which can cause some confusion!

I’d absolutely love to meet my name twin one day – although I’m not sure what I could offer him in return.

Craig, if you’re up for a collaboration, just give me a shout. I reckon Craig David ft. Craig David could be a hit – although there’d have to be a fair bit of autotune to make my voice passable!

Hello, My Name Is…

It’s not easy having the same name as someone, or something, famous.

In Metro.co.uk’s weekly Hello, My Name Is… series, we’ll hear the funny, surprising and frankly mundane stories of people whose parents really didn’t know what they were getting their children into.

Email [email protected] if you would like to get involved.