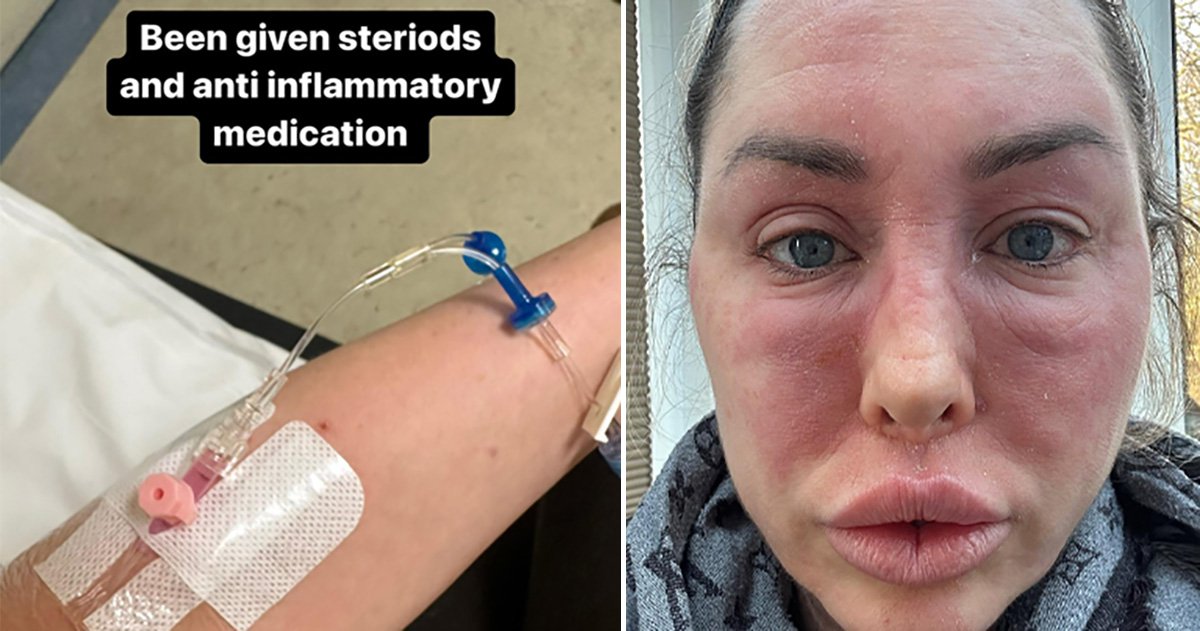 Ex On The Beach’s Laura Alicia Summers has revealed she was rushed to hospital after her face started to swell up and she struggled to breathe.

The reality star, who appeared in series three of the MTV show, shared photos of her inflamed and puffy visage on social media while also breaking the news of her trip to A&E.

‘So today was a very bad day,’ she told her followers. ‘I woke up and out of nowhere my face had started to swell and burn and didn’t stop.

‘Things got super scary when I couldn’t breathe properly and my asthma was playing up so I rushed myself to A&E.’

She continued: ‘I got seen really fast which was amazing and had to stay in for 8 hours and observation and lots of steroids and anti-inflammatory and antihistamines through a drip.’

Laura shared that she has since been referred to a specialist and hopes the problem is treated quickly.

‘I was on this list before Christmas, and it never happened. I will literally camp outside the hospital they I see me if I don’t get this appointment in the next two weeks.’

Laura told her fans that she’s been trying to stay positive while figuring out what’s ‘happening to my body’ but that it is now starting to take an emotional toll.

Besides appearing on Ex On The Beach, Laura also featured on Botched Bodies in 2017.

In 2019, she revealed that she had spent over £500k on cosmetic surgeries, including boob jobs and bum lifts, after being bullied at school.

Laura dated Katie Price’s ex Kieran Hayler in 2012 and reportedly forked out £100,000 to look like the ex-glamour model.