Exclusive: Into the Dark's Valentine's Day Episode Is All About Betrayal and Heartbreak

The latest installment of Blumhouse Television’s horror anthology series, Into the Dark, has us seeing red. The upcoming Valentine’s Day installment, titled “My Valentine,” takes a note from some of the biggest pop scandals over the past decade, and POPSUGAR has an exclusive first look. In the trailer, a singer named Valentine (Britt Baron) returns to the spotlight to find that her abusive ex-boyfriend and manager (Benedict Samuel) has stolen her music and artistic identity and re-created her entire persona with his new girlfriend, Trezzure (Anna Lore). After the three are locked in a small concert venue after hours, it doesn’t take long for the knives to come out (literally) as they confront their past.

“‘My Valentine’ is an in-your-face, electric horror movie that tackles some hot button yet hugely personal topics,” writer and director Maggie Levin said about the installment. “Growing up in the music and entertainment industry, I’ve witnessed the abuse and manipulation of women artists before these all-too-common stories became headline news. I’m thrilled to have the chance to share this story about women re-discovering their voice and strength in this specific world. With incredible original songs (true bops!) by Dresage and gorgeous performances by a cast of heavy-hitting ultrababes, I hope our neon-splattered valentine steals your heart like it did mine.”

The installment hits Hulu on Feb. 7, but in the meantime, you can watch the bloody trailer above. You can also prepare for “My Valentine” by listening to some of the songs here. 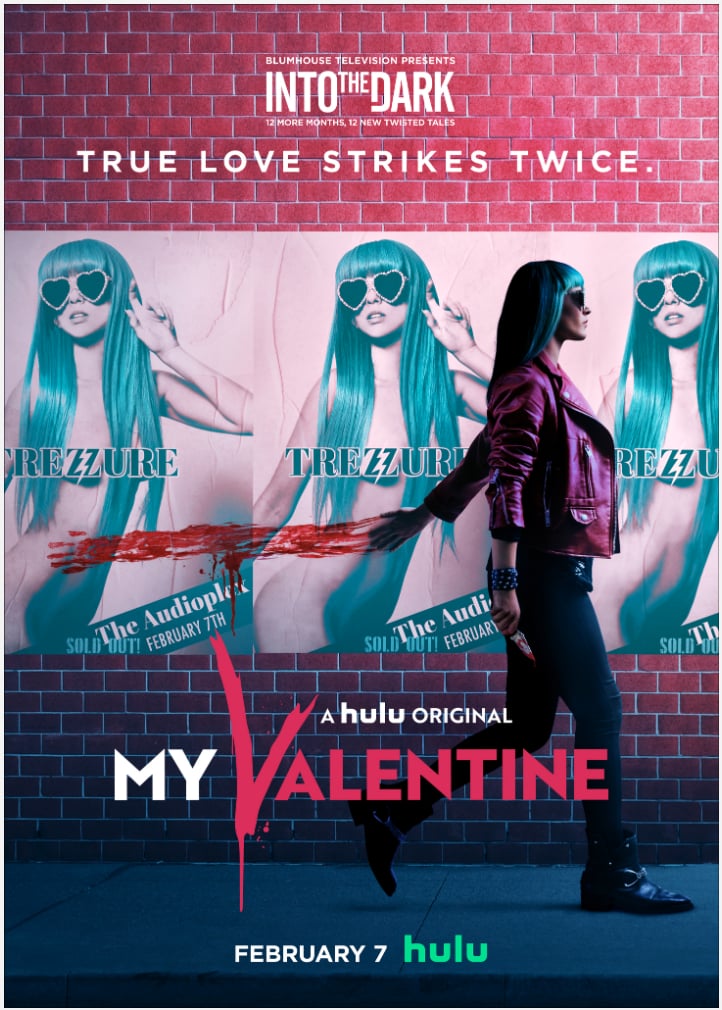