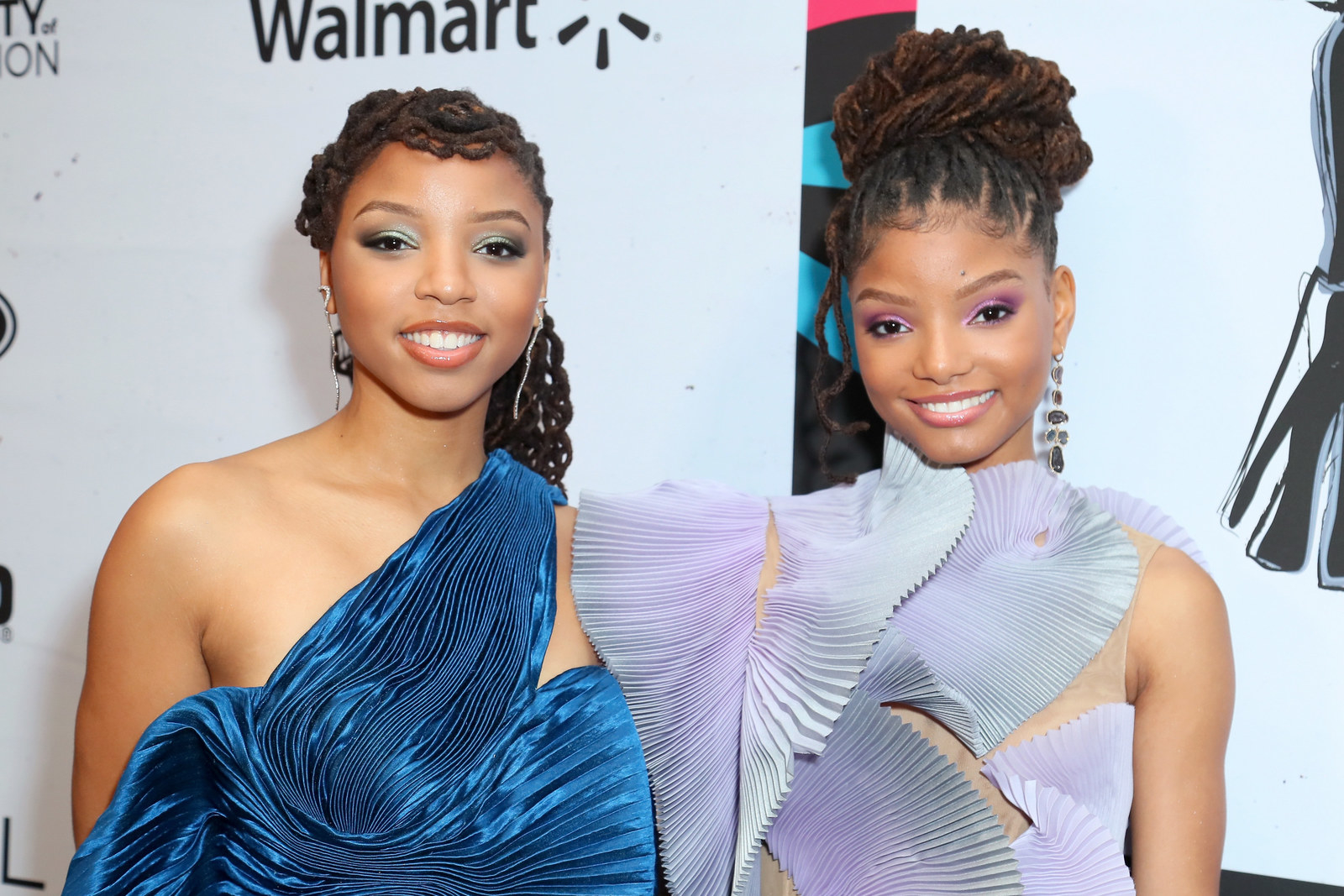 News on Wednesday that Disney had selected singer Halle Bailey to play the role of Ariel in their live-action remake of The Little Mermaid has set the internet ablaze, with social media swamped by incredible fan art from people inspired by the casting choice.

“As black creators, we know how isolating this industry can be,” Nilah Magruder, a Los Angeles-based illustrator and animator told BuzzFeed News. “To see a black Ariel now is particularly inspiring.”

“I was kind of like, Whoa, Disney really went and did that!” she told BuzzFeed News.

Bailey — one half of the singing sisters duo Chloe x Hall and a star on ABC’s Grown-ish — is the only member of the cast to be announced so far for the movie, which isn’t due to go into production until next year.

Director Rob Marshall said there had been “extensive search” for the right actor to play Ariel, and that Bailey was the perfect choice.

“It was abundantly clear that Halle possesses that rare combination of spirit, heart, youth, innocence, and substance — plus a glorious singing voice — all intrinsic qualities necessary to play this iconic role,” he said.

Bailey herself celebrated the casting by sharing a picture of a black Ariel. (The image was drawn years ago by artist Dylan Bonner for a separate project for a friend of his).

Since then, creative and talented fans have also been offering their own incredible versions.

Given some online had grumbled about a black actor being cast in the role (although some viral tweets were manufactured for outrage), the fan art is also helping people get a sense of what Bailey might look like in the role.

“When I started to see the endless hate going on over it, I felt inspired to create a piece showing how beautiful and magical Halle Bailey would be as Ariel,” explained Matthew Baig, a 20-year-old California resident who draws as a hobby.

“To me [her casting] means a lot, so I know it means a lot to other people too,” he said. 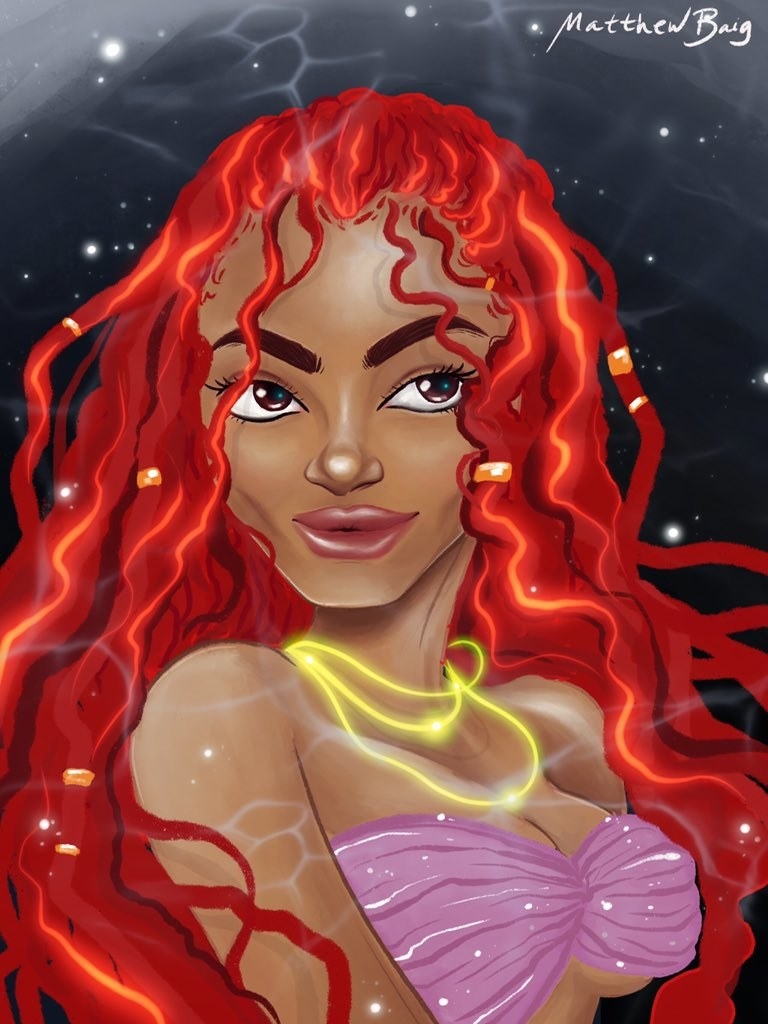 Magruder told BuzzFeed News she doesn’t normally draw fan art, but as someone who spends a lot of time creating images of black mermaids she felt she had little choice but to share her vision of Bailey as Ariel.

She spent two hours using Clip Studio Paint, having known right away that she was going to recreate the moment where Ariel swims up through her cave of treasures while singing “Part Of Your World.”

“I knew I wanted to do that iconic moment from the original feature animated movie,” she said.

Magruder shared the finished product on Twitter and was inundated with thousands of retweets.

Magruder also made sure to give Bailey’s hair a reddish hue that was inspired from the original cartoon.

“I would love to see them do that [in the movie] because it’s so iconic,” she said. “Also, black people have red hair! That’s not controversial!”

London-based illustrator and designer Hayden Williams, 27, also spent an hour or so with his pens and pencils to work up a vision of Bailey’s Ariel.

“It’s how I envision she may potentially look in the movie,” he told BuzzFeed News of his sketch, which also features Bailey with red hair.

Williams is self-taught and has been sketching Disney princesses since he was a kid. Ariel has always occupied a special place in his heart, but he said he’s fully on board with Bailey’s casting.

“The movie is a fantasy and Ariel is a mythical creature, so she can be any race,” he said. “Me being a person of color also appreciates the decision to switch things up and I can’t wait to see what Disney does with the movie.”

Williams said he believes his drawing has gone viral because other fans are excited to see a black Ariel.

“I think in this case, many people are excited and proud to see a black girl chosen to play such an iconic Disney princess,” he said. “We can see a part of ourselves in this and it feels inspirational.”

Magruder can’t wait for Bailey to prove the haters wrong, calling her the perfect fit for the role. “She’s gonna kill the part,” she said.

She expects Bailey’s casting will mean a lot to Disney fans, both old and new.

“For a lot of people, this is a dream come true,” she said. “A lot of people grew up with white mermaids and now they’re seeing a representation of Ariel that is closer to their experience.”

“But people are also excited for their kids, who are going to grow up with this black mermaid and black Disney princess,” she said.