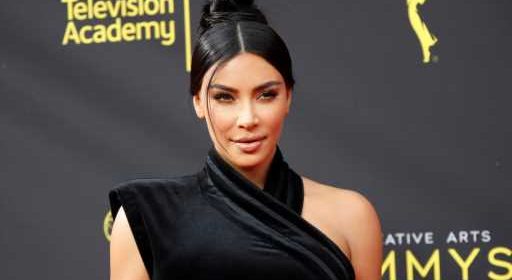 Kim Kardashian has lawyered up with divorce attorney Laura Wasser (who’s handled two of Angelina Jolie’s divorces, and Kim’s divorce from Kris Humphries), and she’s reportedly done with husband Kanye West. But how done is done? We know that Kim has not yet filed for divorce, despite having hired a lawyer, and we’ve heard reports that they’re already in counseling and have been living apart to test out their separation. But according to some pockets of the internet, the legal issues are an afterthought and these two have already moved on. Rumors that Kim might be dating CNN commentator and close friend Van Jones began as soon as the news of her split from West came out — as did rumors that West had been romantically linked to YouTube star Jeffree Star, a piece of gossip so out of left field that it should remind you to take all of this with a hefty grain of salt. With a split this high-profile, everyone’s speculating — and that being said, here’s what we do know.

Kim and Jones, a bestselling author and nonprofit founder as well asa commentator, were first publicly seen together in 2018, at Rolling Stone’s Criminal Justice Reform Summit. As keynote speakers, they discussed the need for prison reform in the United States. Jones also interviewed Kim on CNN for The Van Jones Show to discuss her meetings with President Trump to discuss commuting the sentences of nonviolent offenders like Alice Johnson.

As for Jones’ personal life: also in 2018, he split from wife Jana Carter, and he hasn’t been linked to anyone publicly since, telling Wendy Williams in 2019 that he had no dating life to speak of. But amid the news that Kim is leaving her marriage, and the reported reasons why, many think that Jones would make sense as a love interest for Kim.

“She is serious about taking the bar exam and becoming a lawyer, she is serious about her prison reform campaign,” a Page Six source claimed as to why Kim was moving forward with the divorce. “Meanwhile Kanye is talking about running for president.”

Jones, on the other hand, has been nothing but supportive of Kim’s activism in the past, calling her meeting with Trump to discuss Johnson and others “the most effective, emotionally intelligent intervention that I’ve ever seen in American politics.”

From KKW to KKJ? We’ll have to wait and see.

Before you go, click here to see how Kim Kardashian’s life has changed over the years.

END_OF_DOCUMENT_TOKEN_TO_BE_REPLACED

END_OF_DOCUMENT_TOKEN_TO_BE_REPLACED
We and our partners use cookies on this site to improve our service, perform analytics, personalize advertising, measure advertising performance, and remember website preferences.Ok