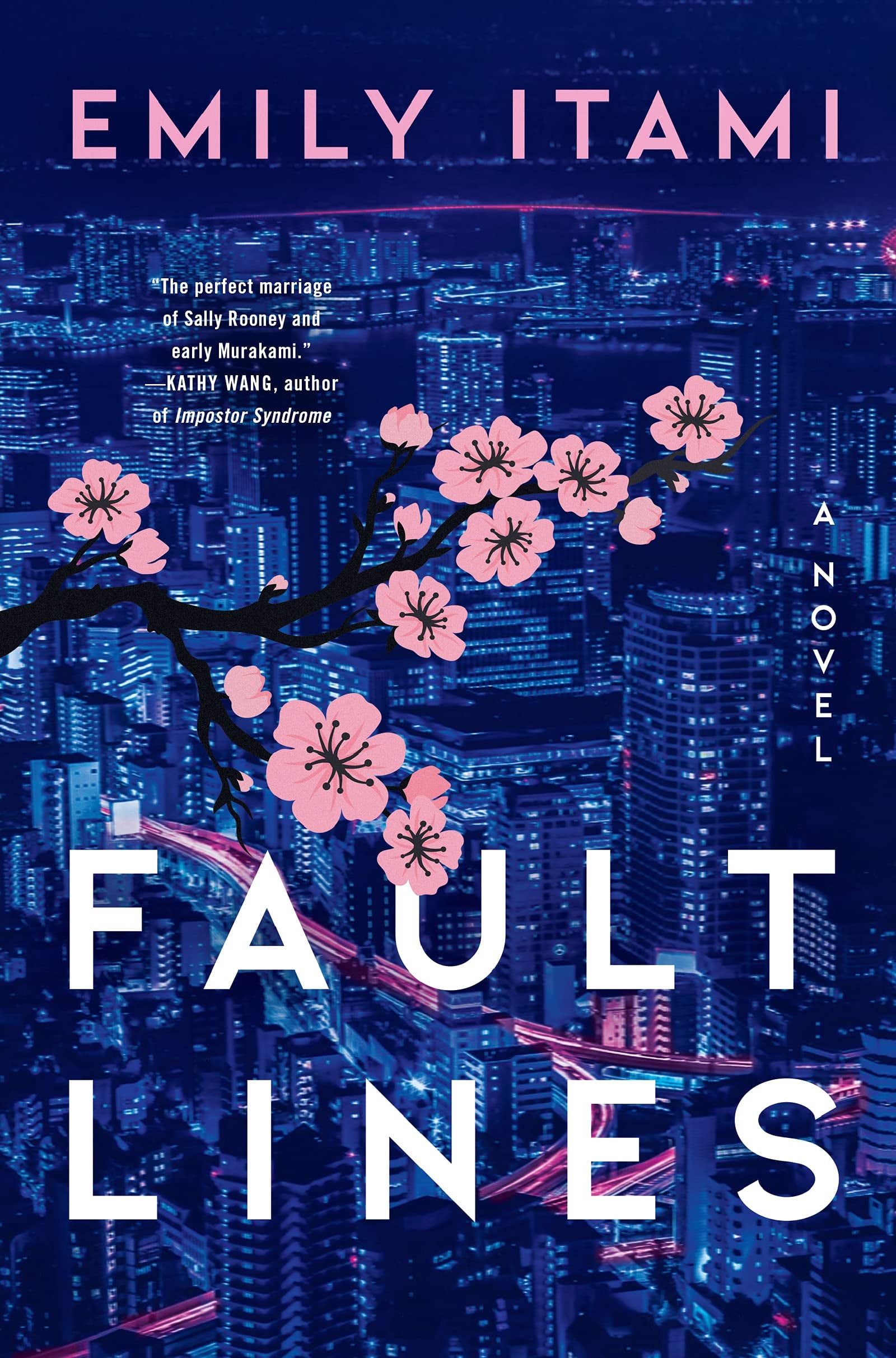 Mizuki, the desperately unhappy Tokyo housewife at the center of Fault Lines by Emily Itami (out Sept. 7), can’t figure out when she became so invisible. Once a vivacious young woman who sang in cabaret bars, she now struggles to meet the standard of motherly perfection and subtle elegance expected of Tokyo’s housewives.

It doesn’t help that her husband, Tatsu, all but forgets she exists. If she thinks back to the early days of their 16-year relationship, she can recall the straightforward and energetic man he once was — that is, before Tokyo’s grueling office culture ground down any spark left in him. Largely ignored by the other adult in her life, Mizuki spends the first chapters of Fault Lines shuffling her two young children around a sprawling metropolis where she doesn’t fit in, and passing the evenings steaming over her husband’s obliviousness.

And then, like a gift from the universe, Kiyoshi appears. A handsome restauranteur, Mizuki first crosses paths with Kiyoshi by chance at a coffee shop, and then again on a bustling sidewalk in the pouring rain. Their story almost begins to feel like a meet-cute . . . until the reader is reminded of Mizuki’s marital status.

An affair ensues, and Kiyoshi re-opens an electrifying world of late nights and new experiences Mizuki thought was behind her forever. Regular afternoon rendezvous with Kiyoshi shake her free from a stilted existence, and it quickly becomes clear she is in deep (“[T]he smell of his skin, the feel of his hair under my fingers and I don’t care about anything else on earth.“). But is the promise of deep and gratifying love enough for Mizuki to risk the stable-if-unsatisfying home life she shares with her husband and children? Is her relationship with Kiyoshi the key to happiness, or just the seismic shift she needs to confront what her life has become before it’s too late?

In Fault Lines ($23), debut novelist Emily Itami has crafted a complicated romance with immense empathy for all its characters and their flaws. Following the lead of a sharp and charming protagonist Mizuki, readers absorb a wonderfully nuanced take on Tokyo life; the whimsical sweet shops, the jabs of judgment from the other effortlessly perfect parents, the enduring romance of cherry blossoms (even for locals), the draining and ultra-competitive work culture awaiting every aspiring Japanese businessman. Fault Lines is a romantic story full of wit and charm, lovingly exposing the cracks in each of its characters’ facades. In the end, it shakes each one until they have no choice but to confront their own choices.